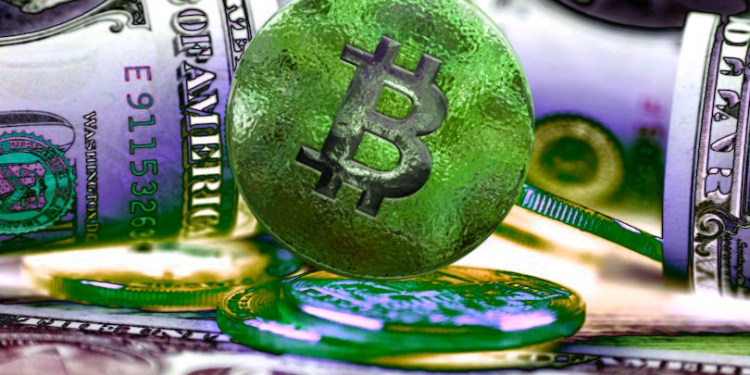 There was chaos on the commodities markets last week as the price of oil took a nosedive, with prices entering into negative territory for a while. Many investors flocked to cash as a result, which saw a strengthening in the US dollar. In normal times this would also probably have triggered a fall in the value of cryptoassets, however these are not normal times. Indeed, the rulebook seems to be disintegrating before our very eyes. Although there was a brief dip, in general cryptoassets held up remarkably well. Bitcoin didn’t fall below the $6,800 threshold and currently sits at a very respectable $7,697.

What do we want? Wallets! When do we want them? ‘Soon’, say governments

A recurring theme during the coronavirus crisis is governments pledging massive amounts of money to try and keep their economies, both individuals and SME businesses, afloat. But time and time again they are running into logistical difficulties as they try and grapple with how best to distribute this money to citizens most efficiently.

The US last week reported 4.4 million jobless claims, and an issue that many US states are experiencing is that they are are unable to write benefit checks fast enough to get them to people. We saw it earlier this month with so-called helicopter money and a similar issue is now hindering getting cash to citizens in desperate need.

This seems like the perfect opportunity to utilize the potential a digital currency and an electronic wallet can offer. If all citizens were automatically given a digital wallet on the blockchain, people would then be able to receive government money instantly. It is an idea that some US politicians are already supporting. Democratic Congresswoman Rashia Tlaib is sponsoring the Automatic BOOST to Communities Act, which looks to directly give people $1,000 every month for up to a year after the end of the coronavirus crisis. An addendum to the bill recommends a digital public currency wallet system to distribute these funds. It’s certainly a step in the right direction.

In China, local media reported that selected McDonald’s, Subway and Starbucks outlets were on board with a customer trial for the country’s upcoming digital currency. It is interesting that some of the companies China is trialing the digital yuan with are staples of American consumerism. China’s disdain for the US dollar’s dominance is well documented, so the moves the country is making to roll out its own digital currency shows that President Xi thinks this is the best way to challenge that dominance.

What is also intriguing is the willingness for these massive US corporations to accept payments in digital currencies. It suggests that if big US corporates like McDonald’s, Subway and Starbucks are happy to be the guinea pigs in China for a digital currency, then the only thing stopping the adoption of similar systems in the West is reticence from politicians and regulators.

In China, a peculiar story emerged about a hacker stealing £20m from cryptoasset exchange dForce through a series of fraudulent manipulations of the system. Having stolen a large amount of assets, the hacker subsequently decided to return them to the exchange, although the hacker’s motives for doing so are not yet known. However, too many other cryptocurrency security breaches do not result in such a happy, if odd, ending. It is increasingly clear that exchanges must be regulated. There needs to be client segregation of assets, and there also needs to be external and internal monitoring. This is a vital step because increased regulation is imperative if we want to see more widespread adoption of cryptoassets, both as a functional tool and as an investment asset. As a company with bases in various highly regulated countries, eToro does of course fit this bracket. But this regulation needs to be a requirement, not an option.

This is a marketing communication and should not be taken as investment advice, personal recommendation, or an offer of, or solicitation to buy or sell, any financial instruments. This material has been prepared without having regard to any particular investment objectives or financial situation, and has not been prepared in accordance with the legal and regulatory requirements to promote independent research. Any references to past performance of a financial instrument, index or a packaged investment product are not, and should not be taken as a reliable indicator of future results.

All contents within this report are for informational purposes only and does not constitute financial advice. eToro makes no representation and assumes no liability as to the accuracy or completeness of the content of this publication, which has been prepared utilizing publicly-available information.