The Future of NFT Gaming Isn’t in Massive Capital Outlays

by Tom Tirman
in HodlX 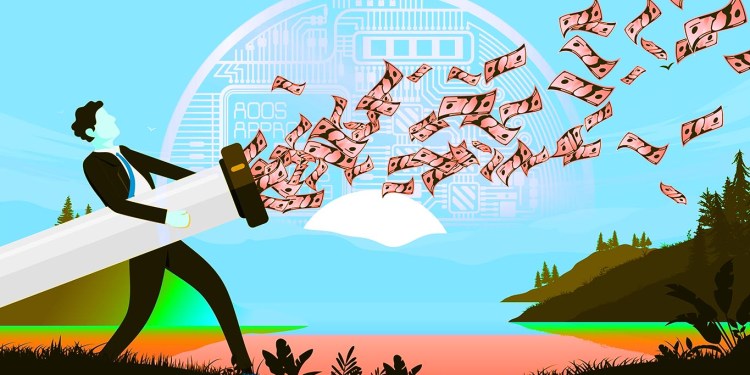 Big game developers don’t tend to want you to be able to trade on the free market. NFTs (non-fungible tokens) pose an existential risk to the business model seen in popular titles, where gamers buy in-game currency or points as a means to unlock more of the game – to enhance the experience.

This would be a different story if it were possible to control the flow of NFTs in a closed marketplace. Right now industry upstarts are envisioning a future where interoperability is the name of the game – digital assets represented as NFTs can be taken from platform to platform.

Huge gaming developers make billions of dollars on microtransactions, and a large part of this is the ability to keep consumers forking out cash for in-game assets. These companies want their player base to spend a lot of money within the game, so they have created systems that completely shut out any legal third-party way to access certain content or digital assets.

NFTs can be revolutionary – not just in allowing speculators to make a profit but by opening the doors for extensive lending of these assets. By making it possible for investors to buy an NFT and then loan it out to someone – either for a fee or a profit-split arrangement – it’s no longer crucial that a player sinks a sizable sum into the game to experience it in its entirety.

Two distinct classes of stakeholders will emerge in a built-out gaming ecosystem. There are investors with a substantial portfolio of in-game NFTs who are less likely to play the game for a return of $50 a day. Then you have gamers from all corners of the world, who in some cases would be earning multiples more than minimum wage in a lending profit-split arrangement.

The latter group may have limited capital and are more concerned about short-term volatility and low liquidity of digital assets. They cannot undertake the risk associated with buying up NFTs in the hope they will be consistently profitable and hold or appreciate in value.

Tradeable digital assets already exist in the gaming sphere. But we are seeing growth in putting these assets on the blockchain – a general trend was seen in 2021 when NFTs generated $8.4 billion worth of sales. Video games are the natural next step for this market, and as these sales continue to move to blockchain gaming, there could soon be a significant uptick in established companies moving in-game items, characters and skins on-chain.

On-chain assets are marked as unique and belonging to one true owner as opposed to ostensibly belonging to the gamer or investor but really being at the whim of a centralized gaming platform that can ban the user at any point. It’s more decentralized and gives a lot of space for people to forge their own paths, notably in the lending of in-game assets and in breaking down the barriers of entry.

Building the infrastructure for play-to-earn gamers to loan NFTs can be a boon for game developers if it leads to explosive growth in the player base in new markets. Making the industry more accessible changes the entire landscape permanently, even before one considers how digital assets can be programmed to fulfill cross-platform use cases or be used in metaverses.

The interoperability of digital assets

Full cross-metaverse usage of NFTs on one single digital identity is a distinct possibility, and this opens up utilities never before imagined. In the process, this unlocks potential value and can bring speculation under control in a less volatile and more stable market.

The limits require fine-tuning and will depend on the scarcity of certain assets and what you can do with them. Are they upgradable? Can you build upon NFT land to make it more valuable? Can players buy plots or should they be able to own a whole mountain? If everything is owned by players, then it’s going to be purely community-driven, but arguably developers should have some say and might see the need to set limitations.

Constructing a DAO (decentralized autonomous organization) operated system – where the world is totally owned by members and NFT holders – is a complex undertaking and is probably being built right now, although it remains to be seen whether this is sustainable without a strict set of rules.

Issues arise when you seek to lend an actual NFT to another user’s digital wallet. It runs the risk of the loanee defaulting, and so you would want them to post collateral to secure the loan, which in turn creates a capital cost as a barrier to entry for a huge number of prospective players.

A better system is where the utility of the NFT is the only thing rented out, where the NFT itself is ‘wrapped.’ An NFT holder can place the asset in a smart contract, input the conditions of the loan, list it on the marketplace for rent and allow the free market to work as intended.

The wrapped NFT is a newly minted copy and can be set to expire after a certain date, more or less a derivative that is linked to the original – it has the same metadata and URLs and so on. This eliminates the human-trust layer and provides the notable security blockchains have to offer.In essence, this wrapped NFT is not spendable but only usable for its utility.

At the maturity date, it expires, goes back into the smart contract and is burned in the culmination of a collateral-less, risk-free and seamless system for NFT lending. The original NFT furthermore might gain value as a result of the loan if the loanee upgrades a plot of land, for example, or adds significant playtime to a character.

These improvements will be saved to the blockchain as a direct consequence of the wrapped NFT’s experience. After the infamous Axie Infinity exploit of $600 million, most NFT projects and protocols are gearing towards this methodology.

The word on big developers

If current trends continue and the NFT lending market sees significant growth in the next few years, popular game developers will find it harder to not bring some kind of offering to the table.

Ubisoft and Epic Games are experimenting already, and it’s possible NFTs will mirror how the concept of cryptocurrencies, in general, has seeped into the mainstream – eventually, everyone will be using aspects of distributed ledger technology. Or they could use private chains or something related, but the idea is this will become too attractive for companies to ignore.

Traditional gamers do not favor the play-to-earn hype, and in many cases, they’re right. Currently, there is not a lot to be excited about in the field, as the overall quality is very low and gamers only play these games to earn cryptocurrency. That creates a negative effect because at one point it was lauded as the new paradigm.

There also remains the issue where people abandon a project because the token price crashes and the rewards aren’t worth it anymore.

Those looking for a brighter future in NFT gaming may have to wait a few years. Big developers aren’t going to easily relinquish the profitability of their current tactics for a more decentralized NFT-based economy – it would ruin their business model. But established developers will potentially start testing the waters with existing in-game assets as NFTs, and they could make a lot of money this way.

Multi-billion dollar companies tend to change at a glacial pace unless their bottom line is in danger or an incredibly profitable avenue opens up. Perhaps both factors will be key in sparking a revolution in how we deal with digital assets.

Tom Tirman is the CEO of IQ Protocol, the leading NFT renting solution that allows games and other platforms to wrap digital assets and lend them out to users looking to play and earn. Before crypto, Tom graduated from a top technological university in Eastern Europe for law and proceeded to continue his studies at the Stockholm School of Economics. In his free time, he also spearheads PARSIQ, a Web 3.0 data aggregator.