The Crypto Conundrum: Marketing Complex Concepts and Jargon to the Mainstream 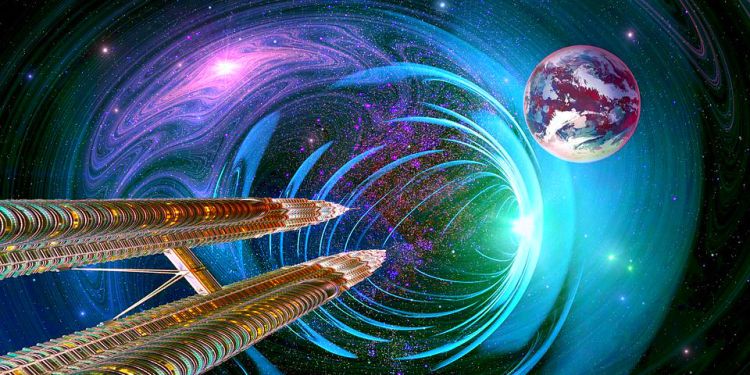 Are language and communication slowing the adoption of cryptocurrencies?

The Vertcoin team posted a compelling podcast about ASIC mining, their newly launched #FairMining Twitter campaign and product developments for the new LITBox that promise to flip banking on its head.

A thorough listen of the 57-minute program, however, shines the spotlight on a rough issue in the cryptocurrency space: marketing.

Venture capitalists have their elevator pitch; Hollywood film producers have their one-liner synopsis; and retail products have their snappy catch phrases. But cryptocurrencies are caught in a morass of concepts and ideals – master nodes, Proof of Stake, Proof of Work, hash power, hash rates, hash puzzles, wallets, addresses, cold storage, ASIC miners, consensus, blockchain protocols. To fully understand many of the concepts posited by Vertcoin, Ethereum, Wanchain, Aion, Cardano or the hundreds of other altcoins with abstract names, one needs to think like a computer scientist.

After having a solid grasp of these concepts, we then need to weave and bend them through different lenses and visions, since each and every cryptocurrency project has a different way of applying blockchain technology.

If you’re an analytical thinker with a zen for merkle trees, you’ll enjoy imagining the revolution. Or you may get lost.

What’s really lacking is the Madison Avenue for Cryptocurrency, the Edward Bernays for Blockchain. There needs to be a convincing way to frame the allure of adoption. Otherwise, how can developers convincingly prove that these projects will make our lives easier or more efficient when understanding them requires a PhD?

Vertcoin on the Industry

In their discussion on the current state of the crypto community, Host Canen of the Vertcoin podcast spoke with CryptoPlankton, Vertcoin’s UX developer for the new LITwallet and LITbox project. CryptoPlankton agrees that we need more wallets, more infrastructure, more exchanges, but what we need most is education. He added, “I think eventually we’ll reach that tipping point where people are actually interested, and we’ll stop treating these things like stocks, and then we’ll be getting somewhere.”

Harrison Jenkins, a moderator on the Vertcoin Discord, noted just how steep the learning curve for cryptocurrencies is.

“Hopefully we get to the point where people don’t exactly need to know exactly how it works,” he said. “Ask anybody on the street: How does your credit card work? How does your debit card work? Nobody’s going to be able to answer that question.

But the fact of the matter is, it has an easy enough user interface that anybody can be handed one of those and figure out exactly how it happens. I have this card, I swipe it, I paid. Hopefully we’ll get to that point where, you know, you can walk into a store, you can whip out your phone, pull out your Lightning app, scan your QR code, and you’ve paid. And I think we’re moving towards that. It’s just a matter of who wants to be there along the way to learn how it works, so they can say, I was there when it was first beginning.”

So success is not reliant on the consumer’s ability to reverse engineer the technicalities of the blockchain. That’s not the nature of adoption or how it works. As superficial as it may be, it’s the sexy packaging, trendsetting influencers and the slick UI that create excitement around novel tech.

Steve Jobs mastered the game when he ran Apple. Years later, when filmmakers began using Final Cut Pro, they had a new suite of tools at their fingertips to help bring their creative ideas to fruition. As for possessing a technical understanding of the underlying software, it wasn’t necessary. When cell phones became ubiquitous, they were fun and easy to use, and simple to grasp. Conveyance was nearly instantaneous, without any need to articulate how cell towers function.

Likewise with the revolutionary Ford Model T. It wasn’t necessary for future drivers to understand all of the mechanics involved. It became popular because it served a need, and it was affordable.

In the case of cryptocurrencies, there are already plenty of existing fiat currencies that serve as a medium of exchange.  There are also departments filled with intermediary bodies and bureaucratic layers that do just what so many smart contracts are aiming to replicate. Not only are these new fangled, blockchain-based replacements startlingly complex, they have the power to knock people out of their jobs, displacing wealth and shifting power from central authorities to decentralized networks. The scope of the disruption makes the resistance profound. And the marketing complicated.

Software engineers and blockchain specialists can appreciate that interior decorators, auto mechanics, handymen, dancers, police officers, chefs, physical therapists, musicians, pharmaceutical reps and the average layman may never have any interest in understanding the basic principles of blockchain technology. But that doesn’t mean they’re not interested in Bitcoin, Ethereum, Vertcoin and any other cryptocurrency. And they’ll remain the very people the new technology is designed to reach. It just means that the road to adoption is a technological challenge for the most intuitive interfaces and a marketing challenge for the most relatable words from the lips of communicators and influencers people trust.