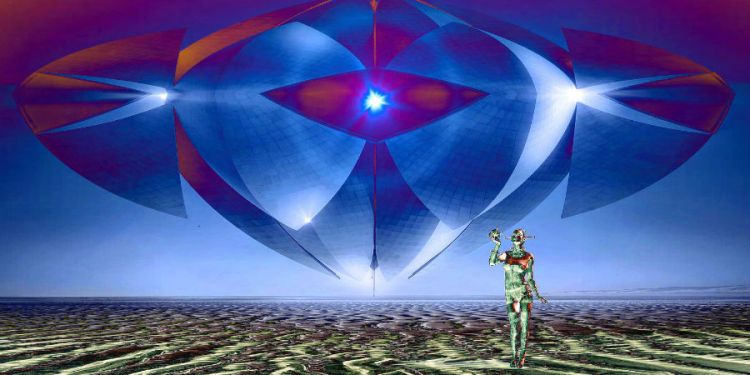 Citigroup has published a sweeping 124-page report entitled, “Bank of the Future: The ABCs of Digital Disruption in Finance.”

The report has stern words of advice for banks that look to the past and remain rooted in antiquated systems. Banks will need “senior leadership teams to be focused on digital transformation” in order to survive.

Here are key highlights from the report.

Banks Must Adapt to the Future or Risk Extinction

… the question for banks today is how do they become Digital Banking Superstars versus going the way of the dinosaurs. The future of finance is an ever increasingly converged ecosystem where consumer and small and medium enterprise (SME) financial services are provided by banks and by platform companies with roots in e-commerce and social media. For an incumbent bank to become a Bank of the Future and not remain stuck in the past, they must look not only at new technologies such as artificial intelligence, machine learning, and other forms of automation, but they must also look to overhaul their operational systems and technology systems.

Blockchain Is as Disruptive as the Internet

For libertarians, Blockchain has a clear advantage relative to the current system as it enables direct transfer of digital assets without the need for an intermediary or a centralized authority. The Blockchain also allows smart contracts/tokenization that can automate and execute pre-agreed conditions once they are met.

In the Internet of Value, the underlying protocols such as Bitcoin and Ethereum have become valuable.

The ‘step-up’ in block size and blockchain growth rate would prevent amateur enthusiasts from running their own nodes and would result in large miners taking control over both the mining of blocks and the verification of transactions. In addition, these transactions would still be subject to a delay in verification (currently an hour on the BTC network) before a purchase could be considered ‘settled’.

The first of these is anathema to many in the crypto community and the second is impractical for retail transactions. While using the existing payments infrastructure (with cryptocurrency denominated accounts held at third parties) is a solution to the second issue, this fails to meet the level of decentralization espoused by hard-core crypto-asset enthusiasts.

For this demographic, the most proximate solution is a second-layer of protocols which promise quick, secure, low-cost, peer-to-peer transactions ‘off blockchain’. The two most prominent systems under development are the Lightning Network (for BTC and LTC) and Raiden (for ETH). We expect second-layer protocols to become a widespread reality in 2018.

Important Use Cases for Blockchain Technology, Ethereum and Smart Contracts

Arguably most cryptocurrencies are currently bought and sold with the intent of trading or speculation. Nonetheless there are also several applications of the underlying blockchain technology emerging; such as: (1) use of Ethereum for building decentralized applications that can be automatically validated and executed according to their encoded rules; thus making them ideal for applications such as smart contract and managing identity (KYC-Chain); (2) use of Ripple RTXP for realtime gross settlements, ideal for some types of cross-border payments; and (3) implementations in AML systems.

A.] The Power of Smart Contracts What are Smart Contracts? Contracts entered between two or more individuals, written as a code into blockchain public ledger. Smart contracts are automated and are able to execute / enforce themselves automatically on reaching a trigger event (such as expiration date or a strike price) according to coded terms.

Smart contracts are executed on Ethereum blockchain as it supports a broader set of computational instructions including triggering data reads and writes, do expensive computations like using cryptographic primitives, make calls (send messages) to other contracts. Smart contracts allow developers to program their own smart contracts or ‘autonomous agents’ that can: (1) function as ‘multisignature’ accounts, so that funds are spent only when a required percentage of people agree; (2) manage agreements between users; (3) provide utility to other contracts (similar to how a software library works); and (4) store information about an application such as domain registration information or membership records.

Smart contracts can be used to help:

• Initiate letter of credit and trade payments in trade finance;

The Potential of Ripple

Ripple XRP improves upon Bitcoin by doing away with mining, which is energy intensive/inefficient. Ripple does this through a technique called consensus, which is a way for the entire network to agree on the current state of the blockchain even though they don’t trust each or any central authority. This is achieved via validating nodes agreeing on a specific subset of the transaction using an iterative process until a supermajority of peers agree on the same set of transactions.

XRP differs from other crypto as it: (1) is design-optimized for speed of processing transactions, ideal for real-time settlements; (2) allows for execution of automated scripts; and (3) is centralized, created by Ripple (the company). Despite this, we think XRP is unlikely to be used for global settlement by banks – due to factors such as possible compliance risks as XRP can also be bought/sold on exchanges that may not be adequately monitored by regulators; and risks from large ownership by a single stakeholder (Ripple).

We believe RTXP (Ripple Transaction Protocol) is unlikely to be a huge benefit to Tier 1 banks and large value payments. This is because the system would still have to rely on large banks to be connectors for high value payments, as they are the only players with liquidity. Having said that, it could benefit Tier 3 banks, which have smaller transaction sizes, as it reduces longer settlement times in today’s system, especially through low volume corridors, where there may be additional hops. The biggest hurdle these banks face is the need to send funds through central banks to the correspondent’s for payment. ILP (Interledger Protocol) essentially converts those central bank settlements to sequential book entry transfers, which will be much faster.

Page one of the report begins with Bitcoin and subsequent references to the 2008 white paper by Satoshi Nakamoto. Of note are conclusions about how governments will move forward with regulations in the wake of Bitcoin’s continued popularity.

The regulatory definition for bitcoin is unclear and varies across countries. We believe depending on the use-case for bitcoin, different regulations are likely to be applied. For instance in remittances and money transfer, bitcoins are likely to be categorized as a currency, and therefore subject to anti-money laundering (AML) laws. On the other hand, bitcoin as a commodity would be subject to tax laws.

While highlighting important use cases for smart contracts, the report stresses the need for caution when trading on cryptocurrency exchanges. It also addresses the consumer risks of hacks and attacks, and bad actors who create fraudulent Initial Coin Offerings.

Authors of the report spoke to Henri Arslanian, the PwC FinTech & RegTech Lead for Hong Kong, about the caveats. His response:

The crypto world is not immune to business risks. For example, like in the traditional “start-up” space, many, if not most, of these ICO projects will fail. I think that one of the biggest risks in the ICO space are the bad apples i.e., people trying to make a quick buck and often resorting to fraudulent tactics. For example, many ICOs have to deal with a series of fake impersonators setting up fake websites or launching fake telegram channels that resemble the real ICO issuing company. These fraudsters are very clever and sophisticated and, unfortunately, often successful.

There is also a segment of the ecosystem that does not have the institutional or best practice mindset and may not focus on topics like KYC and governance or don’t get the appropriate type of legal and regulatory advice. Such teams often end up giving a bad name to the broader ecosystem.

On a more macro level, I am always worried about the risk of cyber-attacks particularly against crypto exchanges. Whilst some of the “sophisticated” investors are familiar with the counterparty and security risks that crypto exchanges may pose, I don’t think that the majority of retail investors understand that risk. The risk of a big cyber-attack or a similar black swan event is real and can be a major setback for the crypto community.

You can check out the full Citigroup report online.