What Does the Bitcoin Cash (BCH) Hard Fork on May 15th Really Mean? 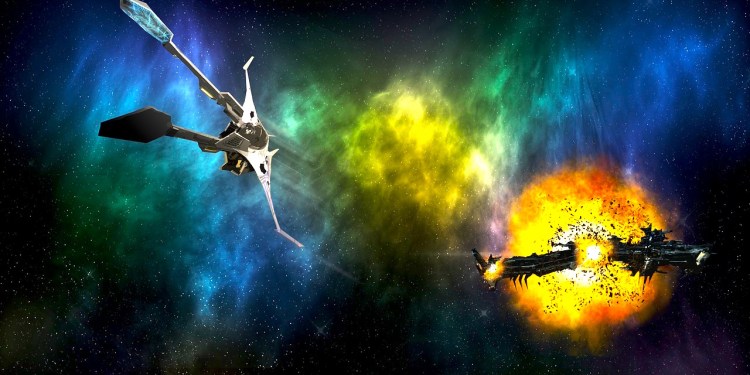 The Bitcoin Cash community is anticipating a historic day for the world’s fourth-largest cryptocurrency when it hard forks around 4:00 p.m. UTC on May 15. The Bitcoin Cash network will upgrade the consensus rules, add opcodes and new features, and, most significantly, increase the block size four fold, from 8 MB to 32 MB.

The update will spell the next dramatic chapter in the quest for cryptocurrency dominance – the continuation of a bitter technological race between Bitcoin and Bitcoin Cash that seems to have its roots in Greek mythology. It’s a tale of one family breaking apart, becoming two and sparking a mad civil war, as proponents of each branch claim their authenticity and accuse the other of being inferior, illegitimate and destined to fail.

The modern-day twist in the tale of the dominant Bitcoin (BTC) versus the aspiring Bitcoin Cash (BCH), which emerged on August 1, 2017 as a hard fork of Bitcoin, is the quest of two opponents working separately to challenge a common opponent: the status quo of fiat currencies, banks and financial systems that centralize wealth and disenfranchise millions.

The young upstart, BCH, promises to best the old, BTC. By all accounts, Bitcoin has had a long run in the limelight – nearly nine years since its inception in 2009 – enough time to become a truly viable method of exchange for everyday use, replacing money. But that hasn’t happened quite yet.

And while that deliberation continues, the latest Bitcoin Cash fork hopes to grab center stage.

By increasing the maximum block size to 32 MB, this latest Bitcoin Cash hard fork is designed to maximize speed and spur adoption in a major way.

Bitcoin remains as it was, with a one-megabyte block size to store transaction data. The global payment network can process around seven transactions per second. One possible solution, the Lightning Network, may fundamentally change the speed of the Bitcoin network, but it’s currently still being tested and rolled out. In a sign of its potential, the Lightning Network was recently used to power the quick purchase of a cup of coffee in Australia – a moment that went viral on social media.

Here's what it's like to buy an actual real coffee using the #LightningNetwork. Lightning is now live as a payment option at The Botanist Kitchen and Bar #brisbaneairport Spoiler: it works 🙂 Thanks @TravelbyBit and @roomofsatoshi pic.twitter.com/yT0Zipc0e0

As those developments play out, BCH is trying to realize the vision of a group of developers who intend “to keep improving [Bitcoin Cash] as a great form of money.”

Bitcoin Cash can also harness the power of technology to be highly adaptive, following cryptocurrency trends and serving the development community that is creating decentralized networks and applications. The fork could reduce block intervals to 2.5 minutes, similar to Litecoin, and offer features similar to ERC20 tokens, building out a new type of network with more functionality, like the Ethereum network.

With the hard fork countdown underway, the Bitcoin Cash network, in addition to their own outreach, is asking everyone in the community for assistance in contacting exchanges, wallet providers and other ecosystem participants, and letting them know they should upgrade their software or run an updated version of Bitcoin ABC or other compatible software.

Anyone running a Bitcoin Cash node should immediately upgrade to Bitcoin ABC 0.17.1 or other compatible software.

If you operate a node, ensure you are running the latest compatible version of your software.

If you are a Bitcoin Cash user, there is nothing you need to do.