Qtum Meets Hollywood in the First Movie Released on the Blockchain 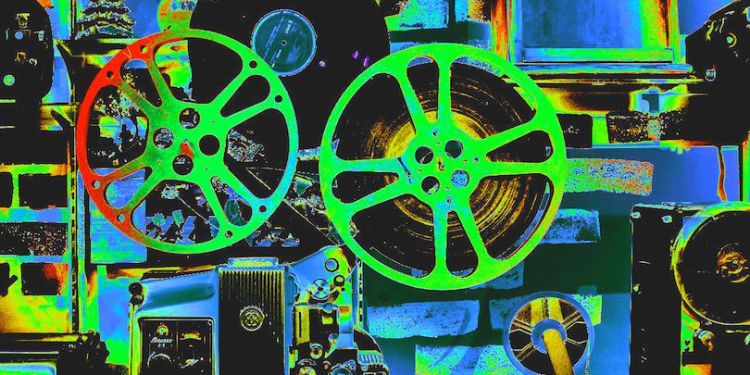 Vevue, a copyright tracking and video exchange platform based on the Qtum blockchain, is set to debut the world’s first film released on the blockchain.

On July 10th “No Postage Necessary,” an indie film about a computer hacker who falls for a grieving widow, will be available on the Qtum blockchain, allowing users of Vevue to pay in crypto to watch the film across desktop and mobile devices.

The romantic comedy/drama, written and directed by Jeremy Culver, is a tale of betrayal, hacking, missing Bitcoin and redemption.

Prior to the blockchain release, the film premiered at the Tampa Theatre in Tampa, Florida on June 28th and will have a limited run at the Laemmle in Santa Monica, California where it debuted on Friday, July 6th.

No Postage Necessary – Sam, a convicted computer hacker, is single, jaded, and barred from using the internet. Then, a single pink envelope changes everything. Handwritten by a heartsick Josie to her late husband, the tender missive awakens something in Sam.

The Vevue platform shows Qtum’s adaptability and potential for a variety of use cases.

Qtum is a decentralized smart contracts platform and value transfer protocol that is allowing developers to build a blockchain economy. The smart contracts allow anonymous parties to make transactions without a centralized body or company.

“When content producers make things through Vevue, we can take out the middleman,” said Kathrine Olson, co-founder of Vevue, in an interview with the Santa Monica Daily Press. “There are no extra fees to be paid to anyone like accountants or distributor fees. It’s global and you’re not being run by a corporate monopoly. Creators are given the power to do what they please and that’s a central part of what we do.”

The goal is to reorganize how videos are published, tracked and exchanged, allowing content creators to store copyright information on the Qtum blockchain, and retain or transfer their copyright using the Vevue Copyright Wallet.

Inspired by digital disruption and decentralization, the team at Vevue aims to drive efficiency by creating a peer-to-peer network that empowers people – not corporations. The current Hollywood model for filmmaking is driven by copyright ownership and licensing with a chain of middlemen, from studio executives to sales agents to distributors to accountants, who collect payments on behalf of the filmmakers, and then disperse profits based on lengthy and often convoluted contracts that can leave filmmakers without the lion’s share of the revenue streams or any profits at all.

Qtum developers say they’re working on solutions that will allow it to scale to 20,000+ transactions per second. To build out a robust ecosystem, Qtum is creating solutions that make the programming language Solidity just one of many, expanding the number of languages developers can use to program, supporting C, C++, Rust and Python.

Qtum X is specifically designed for enterprise solutions and for developers to create commercial applications.