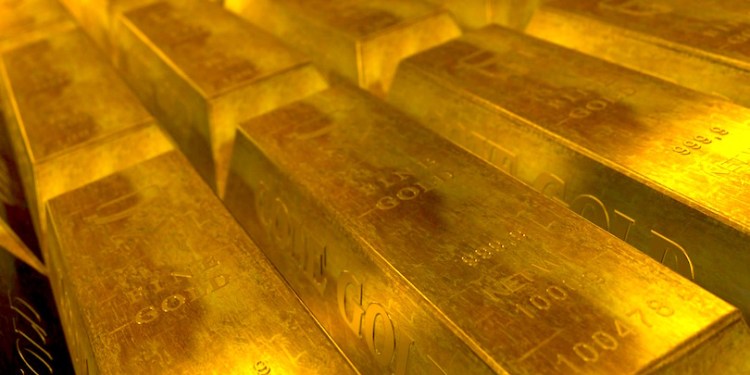 Speaking at the Economic Club of New York, Goldman Sachs CEO Lloyd Blankfein responded to a question about cryptocurrencies and any concern they may cause. “When they came out with cell phones. I remember thinking, ‘God, who the hell is gonna lug this thing around?’,” said Blankfein. “And I’m saying, besides, there’s 10 phone booths on every corner. This is a fad. Nobody’s going to carry a cell phone. So I just passed on that whole thing. Turns out to have worked.”

The audience chuckled and Blankfein gave a wry smile, admitting he was wrong about the future of the cell phone as a transformative technology. Blankfein’s take-away was to be less dismissive about emerging tech.

“So now they have cryptocurrency, and I always thought, I can’t say why it should work, but if it did work, I’d be able to explain it in hindsight why it did.”

In the interview on June 19 with Bloomberg’s news editor-in-chief John Micklethwait, Blankfein explained,

“I look at the evolution of money, and I say, you start out with gold as money, and people only take hard currency, and you make gold coins, and a gold coin was only $5 if it had $5 of gold, and eventually they would give you a piece of paper with the promise that there was $5 in gold to back the $5 piece of paper, and you could go in and redeem it, and then they gave you a piece of paper and said there’s $5 in gold but you can’t redeem it, and at some point they give you a paper and say if it’s worth $5, we’re not going to redeem it, and we don’t even have the $5 even if you wanted to. And we’re still doing that today, and I see that morphing. And I’m saying, if you could go through that morphing, if you could go through that fiat currency where they say this is worth what it’s worth because I, the government, says it is, why couldn’t you have a consensus currency?

And so, it’s not for me. I don’t do it. I own no Bitcoin. Goldman Sachs, as far as I know, unless nobody told me, has no Bitcoin. But, if it does work out, I could give you the historical path why that could happen, have happened. And so, I’m not in the school of saying, ‘Gee – because it’s uncomfortable with me, because it’s unfamiliar: ‘This can’t happen.’ That’s too arrogant.”

“As a result of movements in technology, the opportunities in the consumer space have moved to us. If you’re lending to 500 people, the kind of decision making you’d make in consumer lending, it’s like Jimmy Stewart in It’s a Wonderful Life. You look into somebody’s soul, your neighbor – you’re a good credit, you’re an honest person, I’ll lend you that much money, Mrs. So-and-So. But if you’re lending to 50 million people, it’s math. It’s algorithms, it’s macro-risk management, which is the stuff we’re kind of good at and have been good at for a very long time. And if they’re not your neighbors, but they’re coming to you online, then it’s digital delivery, and digital platforms, which we’re kind of good at, and we’ve done for a long time.

…we don’t have legacy stores. We don’t have thousands and thousands of branches that we have to protect on the one hand. And the normal disruptors in this space, the Silicon Valley crowd that would normally come into this space, aren’t licensed deposit takers and don’t have balance sheets, and really can’t do it. They have to kind of jerry-rig and securitize these loans and have to make them all kind of the same so they can be securitized. It’s very rare that you get a big bank like ours that doesn’t have a legacy consumer business that needs to be protected.”

But tech companies are not on the outside of finance. Companies that have successfully moved into finance, such as Coinbase and Robinhood, are using cryptocurrencies to bring the gap. These companies are leveraging their positions as new, fast-paced, high-tech operations that don’t have the burden of having to adapt legacy systems. They are building new business from the ground up, effectively rewriting the game and introducing a new type of competition that exposes the cost-prohibitive system of retail banking with its thousands of branches “on every corner.”

There are 90,144 bank branches in the US, according to data compiled by US Bank Locations.

Wells Fargo tops the list with 5,965 branches. JP Morgan Chase and Bank of America rank second and third with 5,276 and 4,507, respectively.

Like Bitcoin and cryptocurrencies, which use pools of miners to validate blockchain transactions, there is an environmental cost to operating all of these bank branches, as they consume electricity, and require employees to commute and scores of engineers to perform regular maintenance on IT networks comprised of servers, computers and other infrastructure.

Blankfein is stepping down as CEO on September 30. His successor, David Solomon, has been making waves on Wall Street because of his EDM DJ skills and his interest in cryptocurrency. Solomon says that the company is already “clearing some futures around Bitcoin, talking about doing some other activities there, but it’s going very cautiously.”