by James Grundvig
in HodlX 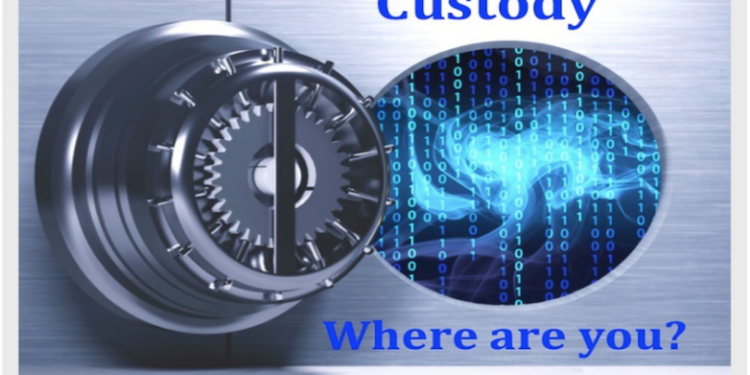 After strong gains by Bitcoin and other cryptocurrencies at the start of July, a downturn arrived a month later. Over a ten-day span the total market cap of cryptocurrencies cratered by 26 percent, from $297 billion down to $221 billion (8/9/18), according to CoinMarketCap. The market loss of  $76 billion erased more than all of the gains made in July.

A Bloomberg News report revealed a massive margin call was made on a wrong-way trade as the likely cause behind the sharp drop in the market.

“…We expect further declines in the future given our view that these cryptocurrencies do not fulfill any of the three traditional roles of a currency: they are neither a medium of exchange, nor a unit of measurement, nor a store of value.”

Yet, within the same week, Goldman spoke from the other side of its mouth as the investment bank considers launching its own cryptocurrency custody solution.

What is going on?

One of the contributing factors in the initial rise of cryptocurrencies at the start of July can be attributed to Coinbase claiming it solved the custody issue. Later in the month, press releases from Fusang family office in Singapore and Northern Trust state they, too, are going to solve the number one problem plaguing the market.

Coinbase’s crypto-custody announcement got a lot of press. But if the six-year-old company that makes a digital wallet and an exchange-trading platform had really, fully solved the custody issue, then why did the surge in the cryptocurrency market decline despite that whale margin call? Stranger still, why did Coinbase announce the hiring of Jeff Horowitz, the former head of compliance at Pershing Capital in the same capacity at Coinbase, a full month after the custody press release?

Yes, Coinbase’s media push is to win new institutional business. But there isn’t a point for ‘smart money’ – hedge funds, pension funds, endowments, mutual funds, banks, and insurance companies – to enter the market. So has Coinbase actually solved the underpinnings of a true crypto custodian solution?

Custody is “a service in which a brokerage or other financial institution holds securities on behalf of the client. This reduces the risk of the client losing his/her assets or having them stolen. They are also available to the brokerage to sell at the client’s demand. Like a bank, custody provides an investor a place to store assets with little risk. Unlike a bank, custodians are not allowed to use the items in safekeeping for their own ends…”

In “reducing the risk” of losing clients’ assets in the Digital Age means that security and safe storage of assets are paramount importance. Yet when one looks at the cryptocurrency landscape it is littered with data breaches, with billions of dollars in assets hacked or stolen. In the first five months of 2018, $1.2 billion were stolen  – three times the amount of theft in 2017.

That hardly instills confidence in the emerging market.

Beyond security, selling assets “at the client’s demand” is also crucial for a complete custody solution.

There are other components as well, such as over-the-counter trades (OTC). How would OTC work with crypto-wallets?

What Custody is Not

With blockchain products leaking digital coins institutional investors will remain on the sidelines waiting for the new market to cure its most pressing need. The three main products in the space include exchanges, wallets, and “sharding” of assets into bits of data stored on hundreds of nodes around the world. Yet, with each one of the solutions there are gaping security holes.

The exchanges, which have suffered three-quarters of the breaches the past three years, according to www.myntum.io analysis, are trading platforms first. Security is an afterthought. Getting an exchange approved by regulators and into the market is the main focus. On digital wallets: When a person can lose, steal, or throw a device away it does not meet the definition of custody. Nor does sharding, which stores pieces of assets on a network of nodes, the same nodes that cryptojacking siphons mining power and has disrupted at least one online videogame.

“There are OTC trades, where wallets won’t work and where reporting mechanisms don’t exist – not in the way they do on Wall Street,” said Manny Alicandro, a New York City lawyer in the cryptocurrency space at a FinTech event. That might change, as the New York Stock Exchange announced it plans to launch a Bitcoin trading platform.

The most problematic is the most important: Who is watching over the segregated accounts?

It appears Coinbase partner Electronic Transactions Clearing (ETC), Inc.; a Los Angeles based broker-dealer, will manage the custody piece. ETC, however, just paid an $80,000 fine to the SEC for breaking several custodian rules of the 1934 Securities Exchange Act in 2015, including using clients’ money to cover margin accounts.

Sure, the fine is a pittance. But does it instill confidence in the market?

In Coinbase’s custody solution there is no mention of reporting to the public or how OTC trades would be handled. Sure, moving crypto assets offline, offchain in cold storage is one way to safeguard them, but having in place service level agreements (SLAs) to seek permission of a future date from Coinbase on when clients could transfer money from their accounts doesn’t meet the custody definition of selling assets “at the client’s demand.”

Other solutions with “hot” – as opposed to cold – storage and transparent reporting of transactions, clearing, and settlements need to come to the fold to solve custody. When they do, then institutional money will flow into the new asset class. Xapo wallet, with a cold storage Bitcoin vault, has an institutional page, but like Coinbase, it falls short on solving custody.

It’s good to see Nomura, Fidelity, Fusang, and Northern Trust try to solve the problem. But none of these financial institutions are blockchain-based software companies, so it will be interesting to see what they produce.

The real litmus test for the market is when trillions of dollars from institutional investors will flow in and the cryptocurrencies market will expand in value.

Until then, custody remains a complex problem for the crypto community to solve.

James Grundvig
James has more than 20 years of project management experience. Prior to Myntum (est. 2017), as tech journalist James has published in the Huff Post, BlockTribune, Nasdaq, and Financial Times FDI magazine, among other media outlets. He has also an author of three books.