Crypto Gold Rush Comes to a Small Town in Washington 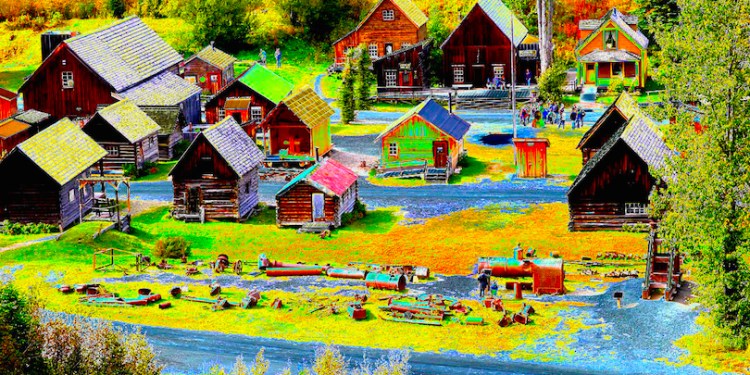 According to entrepreneur David Carlson, the future of money is in cryptocurrency. Although plenty of people see no value in Bitcoin or any of the other cryptocurrencies that are vying to replace traditional money, Carlson is turning the rural community of Wenatchee, Washington, a small town known for its apple orchards, into a cryptocurrency mining hub.

His vast mining operation is filled with rows upon rows of computer servers, each producing roughly $1,500 per year in Bitcoin.

Located near Washington’s Columbia River, Carlson’s Giga Watt benefits from the river’s dams which generate cheap hydroelectric power. Like any traditional financial services company that consumes power to operate and generates a carbon footprint for every single employee that commutes to and from the office, Giga Watt is trying to have its slice of the financial sector pie.

The key to Carlson’s long-term success, however, is in the ability of Bitcoin and crypto to move through the current phase of frenzied speculation and into real-world use cases. That’s the tipping point: when people are less interested in Bitcoin’s relationship to the US dollar, and no longer need to “cash out” because they can actually use Bitcoin and other cryptocurrencies to pay for food, clothing and shelter. And taxes.

Those people exist, but they’re far from the norm.

“So I live off of bitcoin,” said Kenn Bosak, who hosts Pure Blockchain Wealth on YouTube. “It pays my rent. I book my flights with cheapair.com. They accept bitcoin, Dash, all kinds of cryptocurrencies. I book my rooms with BitPay with my Visa card. My Lyft drivers accepts BitPay, that’s bitcoin. So I’m all in. I use bitcoin in every aspect of my life.”

For entrepreneurs like Carlson of Giga Watt, the venture is less about a lifestyle and more about spotting the next lucrative trend. “Cryptocurrency justified the expense to build something that no one would otherwise build,” says Carlson. “Supercomputing, A.I. can be the new export.”

Although mining operations are springing up around Wenatchee as well as other small towns with cheap electricity, they come with regulatory concerns about the infrastructure, building and safety hazards, and energy consumption. People are also voicing their concerns about the noise. While mining operations are making entrepreneurs rich, they’re loaded with computer hardware and fans humming 24/7 that are making residents complain.

A makeshift mining operation in Wenatchee reportedly started a fire, but that didn’t stop the demand for electricity from miners – a demand the local utility company had to pull the plug on. Facing legitimate concerns, the utility company placed a moratorium on new mining requests until it can figure out solid solutions.

For the next group of miners, the Wenatchee moratorium means it’s time to explore other areas in the West: northern Idaho, northern Oregon and northern central California.

You can watch the full CBS Original program on cryptocurrency here.