by Rupert Cohen
in HodlX 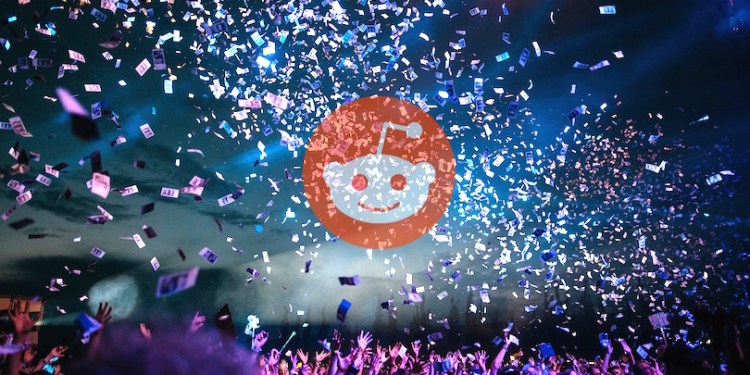 In the blockchain economy, perception matters. What people think influences what they buy and sell. While gauging real opinion on the internet can be a chore, most listed tokens have a quick shortcut to their community: Reddit. The size of a token’s subreddit can be a clear reflection of its enthusiasm, especially for projects that have their sights set beyond pumping asset value.

Cliché as it sounds, r/Ethereum’s own growth provides a foundational example for how a subreddit can boom overnight. Founded in 2014 and second in market cap behind Bitcoin, Ethereum has remained one of the most powerful forces in the crypto market, yet its Reddit presence was relatively small until January 2018, when the biggest boom hit the crypto market as a whole. In the following days, subscription gains jumped from an average of 8 per day to 2,500 per day, as newcomers joined the community.

This wasn’t the only correlated spike. On June 11th, 2017, several months before the greater market boom, r/Ethereum experienced a similar, if smaller spike, gaining around 2,300 new followers in three days. Similar surges have also come at May 22nd, 2017 and February 8th, 2018. In short, whenever Ethereum jumps, relative to the market, their subreddit does as well, to the tune of 374k current members.

Another major player to experience subreddit surges was EOS, whose recent bullish performance has positioned it as a competitor for Ethereum’s smart contract crown. What is notable about r/EOS though is that despite two spikes in subscription on December 3rd, 2017 and January 13th, 2018, during the prime boom, the subscriber count hasn’t risen much since then, and sits now around 56k.

Those who do participate, however, do so with enthusiasm. Despite the tremendous rise of EOS in less than a year, the blockchain’s fans still tend to see it as an underdog, and use the subreddit to track the system’s growth as it aims to supplant the more entrenched names in the market. Newcomers, by extension, get an immediate ledger of the successes of EOS, making the page an excellent primer course in the service. Should more surges come their way, EOS
will benefit from the increased visibility.

The most recent subreddit surge has come from IOST, a new blockchain project that has recently launched its public testnet. When the IOStoken doubled in value on July 25th, the subreddit community grew to match, reaching over 38k subscribers in under 24 hours. The page immediately lit up with memes, mod posts, and an AMA from the company’s founder, Jimmy Zhong.

IOST has tried to maintain a robust online community since their inception. Started in January 2018, r/IOStoken boasts 10 moderators, daily posts, and a much more involved internet presence than some other new projects. The token has since fallen with the rest of the market, but the new subscribers have remained on the subreddit, waiting for more news about the token. Given how young the project is, and how responsive the devs appear to be on social
media, they may receive more positive news soon.

They say if you want to learn more about someone, take a look at their friends. If you want to learn more about a product, however, you should look at its fans, and Reddit is where internet-savvy individuals gather to agree, argue, and reach a consensus about what they love. As the blockchain economy continues to evolve, Reddit will be where much of the dialogue plays out. Anyone who wants to effect the process in action should participate. And anyone paying attention should watch the subscriber counts.

Rupert Cohen is a follower of crypto since 2014, and recently became involved in writing. Based in Massachusetts, Rupert often can be found hiking, and excels at badminton.