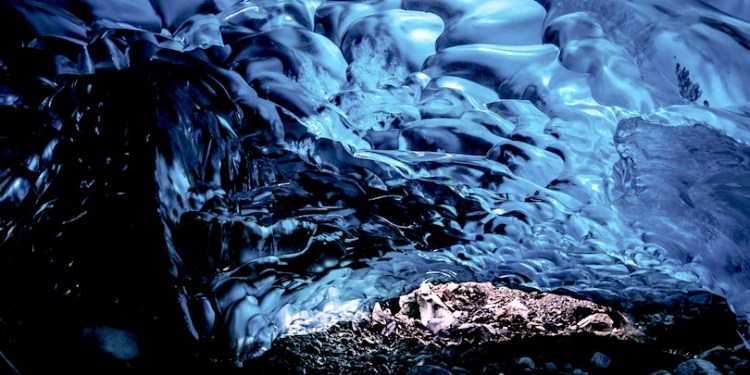 Anthony Pompliano, founder and partner? at Morgan Creek Digital Assets, and Travis Kling, founder and CIO at Ikigai Asset Management, sat down for a sweeping conversation about the state of the crypto ecosystem. They cover token structures, the network effect, price movements and why Kling believes BitMEX, a cryptocurrency derivatives trading platform, may influence the market by allegedly facilitating “quant-on-quant” crime.

In this conversation with Pompliano, Kling breaks down why he believes BitMEX provides the “worst kind of liquidity” for the crypto markets and why derivatives that allow for astounding amounts of leverage are detrimental to the space.

Seriously one of the best podcasts I’ve heard in months. If you’re a retail trader you cannot ignore this episode. Thanks ?@APompliano? and ?@Travis_Kling?! https://t.co/RQphgJ7ZbG

Travis: You can now go long short on Ripple, Tron, Bitcoin Cash, EOS, Cardano, and with varying up to 20X leverage on some of them, 50X on others. And quantitatively, a listing on BitMEX has been the kiss of death year to date.

Pomp: So I was just going to ask you, what do you think this is doing to the market?

Pomp: Because previously you could only go long.

Travis: Well you could short on BitMEX, but you didn’t have enough liquidity. And now, there’s a ton of liquidity on BitMEX right now, so you can really express it. Except – which I’m glad you brought this up – it’s the worst kind of liquidity.

Pomp: Those types of people.

Travis: Like those types of folks, right. The best in the business, from a quantitative perspective. I don’t want to name names. One of them rhymes with “lump”. The other one rhymes with “BE raw”. So these guys are doing liquidity modeling on BitMEX. And the way that works is, they call the network three times a second, and by calling a network, they’re pulling down very minute volume data. And then, I’m not 100 percent sure, but I think how they do it is, they can see where the price gets executed, relative to the specific volume at that moment, relative to the bid ask. I think they can backend the amount of leverage that was put on for that specific trade at that specific moment, three times a second.

Travis: And they’re able to then map out where the stops are. And then you can map this out, and then they see where a bunch of stops start getting stacked up on top of each other.

Pomp: Foot on the gas.

Travis: Right, and it’s just like a Jenga game, except these really sophisticated quants are the only ones that can see the Jenga tower. Everybody else just thinks it’s like, “Oh, there’s no blocked being pulled out yet,” but they see the whole thing. And then, when they see all these stops that could potentially get pushed over, then all they got to do is go and give the Jenga tower a little nudge, and then you run through all those stops. And so, if you just look at the price action over the last handful of months, it’s so obvious that that’s the market structure that’s going on.

Pomp: And that’s when you’re seeing it. If you’re a retail investor, you’re seeing an immediate – within seconds – 400 price jump, right?

Pomp: Because basically you’re tipping it over.

Travis: Yeah. That’s right. And everybody gets stopped out. And then also BitMEX works just fine, until you really need it to work, and then it doesn’t work anymore, because it gets shut down, because there’s too many people trying to trade. And then all these stops get run out, and then the really smart guys take all the retail guys’ money.

So that’s terrible for the long-term health of the ecosystem, which is why I wanted to talk about it today. You know those vines that wrap around the tree, and they kill the tree if you let the vine sit there long enough? That’s exactly what type of stuff is happening right now. And so it’s really to the detriment to the long-term health of the ecosystem. I’m guessing that it’s untenable in the medium term, and something’s going to happen. I don’t know what’s going to happen.

Pomp: But is it more so like a regulatory type solution? Or is it just that more people come to the space that are smart, and then they all start commoditizing some of this, and then you get some relief?

Travis: Well, the way I think about it is, if the quant is the bully, and the retail guy is like the small kid in school, everyday the small kid is walking into school and getting punched in the gut by the bully, and he gets his lunch money stolen. After a while, you just stop going that way, right? And that’s exactly what’s going to happen. They’re just going to clear out all the retail money. It’s just going to be quant-on-quant crime, which I think it’s like … this is all happening in traditional asset classes.

Quant-on-quant crime has been happening for a decade now in traditional asset classes. And so that’s a problem. And the other thing I want to talk about is Asian algorithm market making, which is the other 800-pound gorilla, which is also the vine that’s wrapped around the tree that’s going to kill the tree if you let it keep going.

Pomp: So let’s just start with what is that?

Pomp: Let’s get the names.

Travis: Let’s see here. This one rhymes with “left free he”. Yeah, there you go.

Pomp: So there’s a couple of them, right?

Pomp: They’ve got some protections.

Travis: Which means you really can do whatever you want to. And it’s not illegal. We call it … can I cuss on this?

Travis: We call it fuckery, because it’s not illegal. It’s fuckery.

Pomp: And fuckery’s a combination of manipulation, and  –

Travis: Morally it’s stuff you just wouldn’t do. And morals is a cultural thing. So I’m not trying to … look, they got a different set of cultural values than me, and if I was a Chinese guy that lived in China my whole life, and I could start printing money like that, I might do it too. I don’t know.

Pomp: You could view it as actually, “Hey, I’m getting back at you. You guys have been messing with us for decades.”