Sunday, October 7th marked the start of the first ERC-1155 team giveaway. A quiet day in the Cats in Mechs community was intensified by the attractive offering of a unique set of blockchain- based rewards. The forward-thinking game studio broadcasted a notice to the existing members announcing a giveaway of mech boxes based on the size of the overall community on the closing date of November 19th. Members of the community took this notice to Reddit, Facebook, and other Telegram channels, increasing the community population to 300% in 5 hours.

In an innovative team-based approach, the giveaway offers an extra mech box to the existing community, for every 50 new members that join. On November 19th, members will be able to open their mech boxes filled with blockchain items backed with Enjin Coin and other valuable assets. If a target number of 500 is reached, every Cats in Mechs community member will get a much more valuable box which can distribute some of Enjin Coin’s Multiverse items as legendary grand prizes. 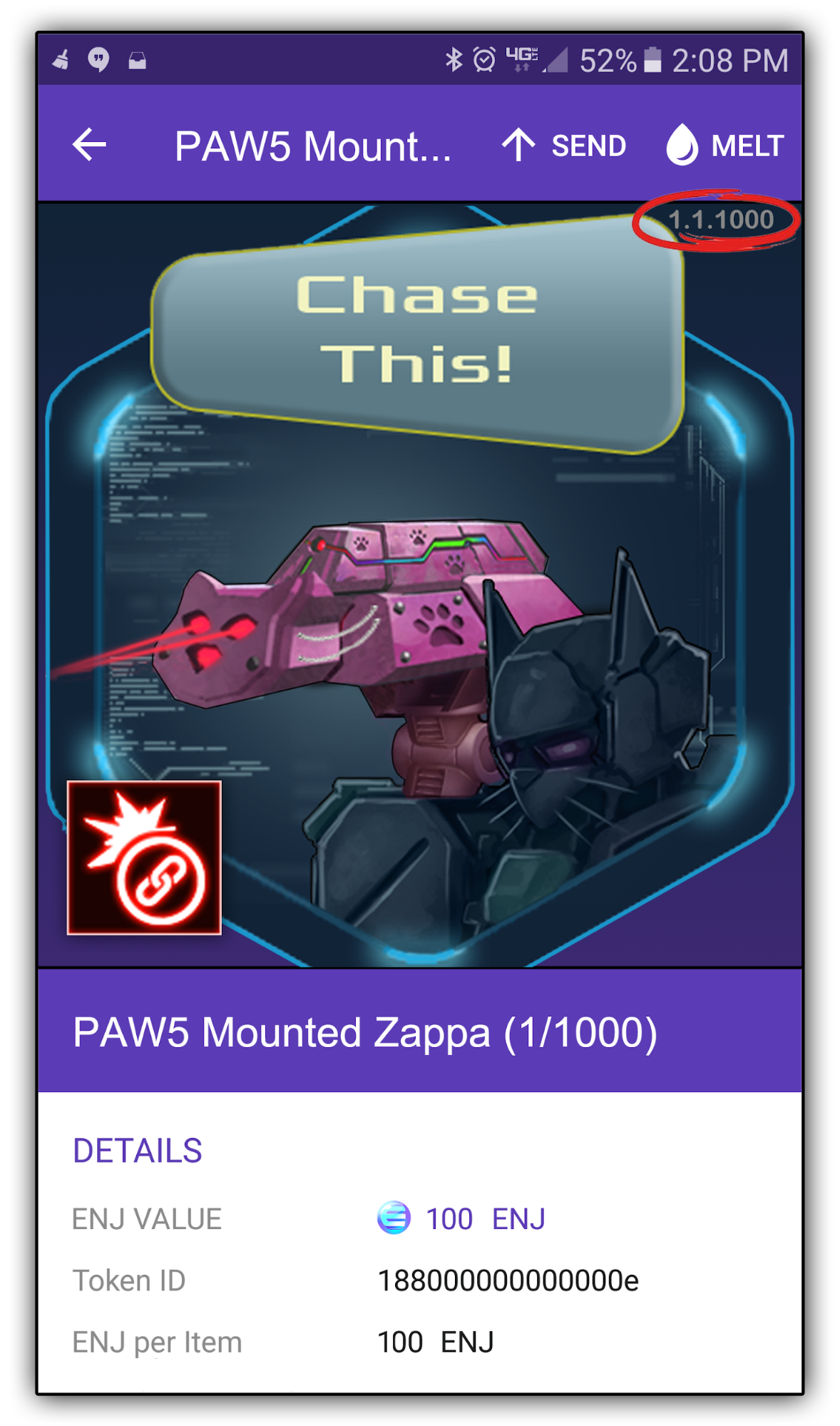 Mega World Studios also further secures giveaway item collectability by incorporating an additional layer of rarity. In the art industry, numbered limited edition items featuring a print number, run count, and edition number is used with print artists such as Pablo Picasso and Andy Warhol. Cats in Mechs will make each item’s “mint number” visible in the player’s blockchain wallet. Each item is assigned an edition number and the earlier it’s minted, the more desirable that item gets. Now, a first edition 1/1000 is even more “rare” than a 49/50 rare.

Cats in Mechs are adding tangible gameplay around this concept by improving the in-game stats of components that are produced earlier in the minting process. As a part of the item upgrade gameplay of Cats in Mechs, players can discover components which can be used to improve weapons, accessories, and mechs. To boost the intrinsic value of early edition components, item stats are improved based on upgrades using components that were produced earlier in the minting process.

The first-ever items of this nature will be available through the giveaway that is now taking place within the Cats in Mechs Telegram community. Every member will receive one mech box or more and each has a chance to win. The Telegram channel Mega World Studios promotes for this initiative is here.

Mega World Studios is a game studio with an experienced team who are developing a blockchain toolset that lowers the barrier of entry for developers and players. The game Cats in Mechs showcases its feature set and smart tabalized items targeting exponential growth of Enjin Coin’s Multiverse with a deep featured content generating tech stack. 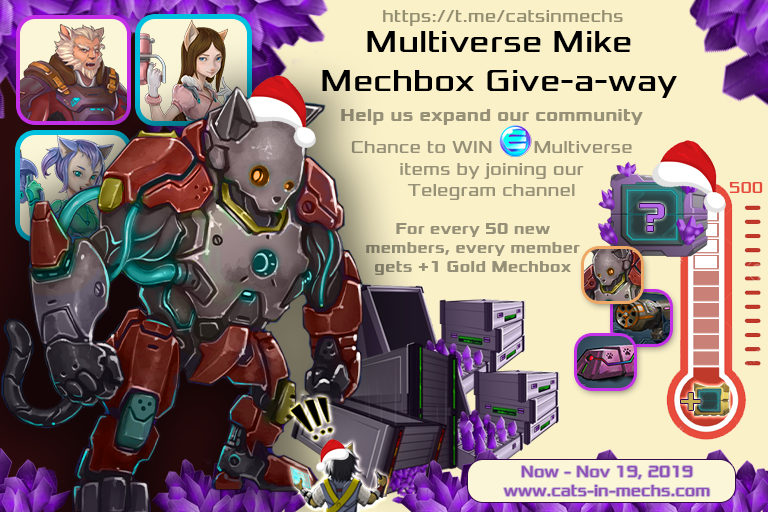 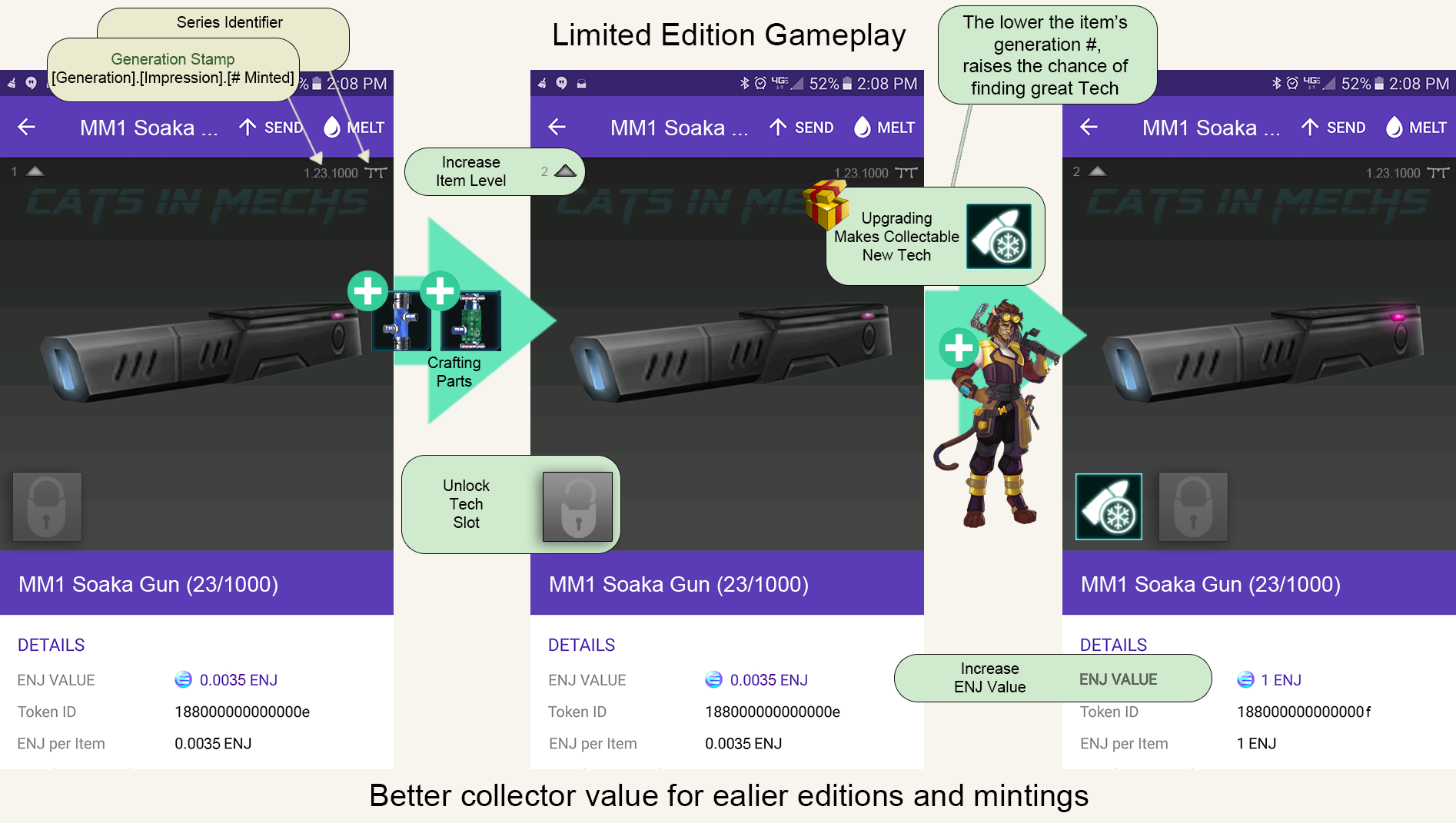 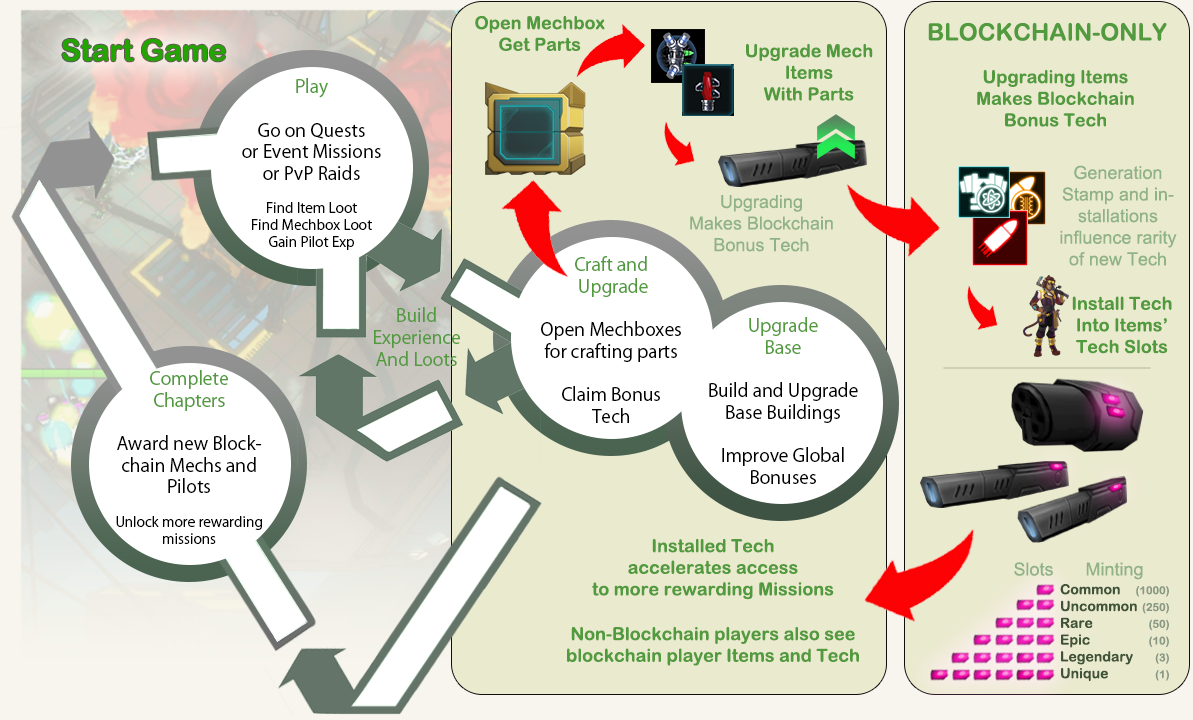