Banking on the Unbanked: How Stablecoin Can Help Consumers in Developing and Frontier Markets

by Lori Griffin
in HodlX 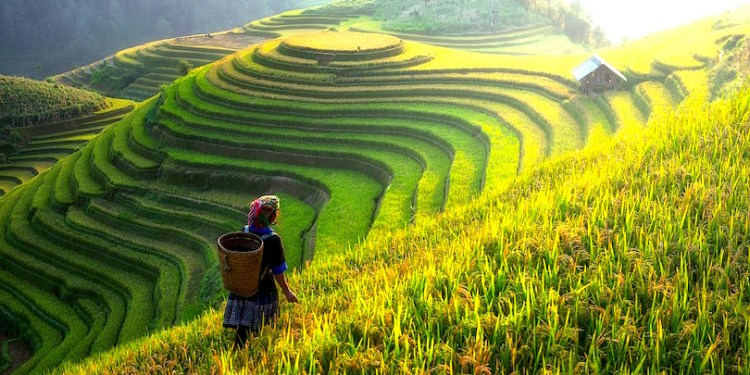 Almost two billion adults globally have no access to financial transaction accounts. Put another way – more than six times the total population of the US has no bank accounts at all.

Why is this a problem?

But solving this problem isn’t so easy. Instability is a hallmark of many emerging and frontier-market economies, and it extends to these regions’ currencies, which are often subject to the whims of the government du jour. Establishing bank accounts in these countries is often a complicated, lengthy, and expensive process.

There is a potential solution.

Cryptocurrency has made a lot of headlines recently, particularly Bitcoin and Ethereum, which are two the most well-known forms of cryptocurrency. The main benefits of using cryptocurrency are accessibility, fraud prevention, identity theft prevention, lower fees, and faster settlement – all appealing features.

From a global perspective, alternative currencies such as cryptocurrency are particularly attractive to citizens in countries that are in the midst of currency crises. Cryptocurrency is not controlled by any government, can easily be traded internationally, is counterfeit-proof, and cannot be seized.

There are various large companies that accept (or have accepted) Bitcoin as a payment method, such as KFC Canada, Microsoft, Subway, Whole Foods, and many other retailers such as Expedia.

But cryptocurrency faces a major impediment to wider adoption: its price volatility, which makes using cryptocurrency for daily transactions inconvenient due to sharp price changes. Digital cash sees frequent and dramatic swings in its value. Cryptocurrency’s inherently speculative valuation means that it cannot be used to pay salaries, to buy goods and services, or as loan proceeds. Because most cryptocurrencies are not backed by any assets, the only basis of their worth is the willingness of one investor to pay more for them than the previous investor did.

The case for stablecoin

There is another form of cryptocurrency that is growing in popularity: stablecoin, whose value is pegged to a government-backed currency, gold, oil, or some other commodity. In other words, stable coins maintain a “stable” value against a target price. Stablecoin combines the accessibility and utilitarian features of other forms of cryptocurrency with a more-stable means of valuation. This price stability is an attractive proposition for both consumers and businesses. Stablecoin shares all of the same features that make other cryptocurrencies attractive, with the added benefit of price stability.

There are currently three kinds of stablecoin:

Right now, the most popular example of fiat-collateralized stablecoin is Tether, which is also the second most-traded cryptocurrency after Bitcoin. Tether is centralized, which implies that its custodian, Tether Limited, possesses the underlying assets represented by each issued stablecoin. But controversy also follows Tether, as it’s unclear whether it truly is US-dollar-backed with fiat reserves.

Another example of this form of stablecoin is Everex’s eFiat, an Ethereum-based token which is pegged to (and backed by) any fiat currency. eFiat (eUSD, eEUR, etc.) can be sent almost instantly anywhere in the world and confirmed by participants on the Ethereum blockchain.

eFiat differentiates itself from Tether in two ways: first, eFiat can be used in daily life to pay bills, transfer money across borders and for purchasing goods and services, while Tether has no value outside of cryptocurrency exchanges. Second, eFiat’s value is 1:1 against its corresponding fiat currency.

To explain the eFiat mechanism in a simple way, the issuing entity receives the US dollar into a segregated account and issues stablecoins with a 1:1 ratio against the dollar. The conversion rate is 1 USD equals 1 eUSD, which can be used to pay salaries or goods and services. This means that all collaterals are held in real fiat-currencies and resists extreme level of volatility that is faced by the current cryptocurrency market.

Non-collateralized stablecoin is not backed by any other currency or asset, but is rather valued using a pricing algorithm and assumed (or hoped) that its value will remain unchanged.

In other words, it is based on a price mechanism that algorithmically creates upwards or downwards pressure. For instance, if the price moves above $1, the supply of stablecoins will increase, and if the price moves below $1, the supply of stablecoins will decrease, in addition to buying and selling tokens in parallel, in order to keep the price-parity stable to 1:1. This mechanism, issued by Basis, is comparable to a central bank’s money creation process, but in an algorithmic way, where the non-collateralized peg is adjusted automatically.

Let’s return to the problem of the massive number of unbanked or underbanked consumers in developing countries. Cryptocurrency can help spur global growth. While a staggering number of consumers in emerging and frontier markets do not own bank accounts, they are no strangers to technology.

Developing countries in Africa, Asia, and South America have seen explosive growth in smartphone ownership since 2013, from a median of 21% to 37% in 2015. China alone had 731 million internet users as of December 2016, and 95% of them are on mobile, which represents more than half of the country’s population to use internet on a smartphone. Furthermore, in India, the second most populous country in the world, the number of smartphone users will grow by c.16% in 2018, accounting for more than a quarter of the country’s population. Even in Myanmar, the poorest country in South-East Asia, more than half of all adults have smartphones.

This means that blockchain-based smartphone apps could transform the lives of poor people by opening doors to the consumers in these regions that traditional banking has left behind – helping poor people gain access to financial services.
Easier and faster access to electronic payments (and to financial services in general) will not only help more people contribute to economic growth, but it will also help them build personal financial histories. This, in turn, can help create an overall better quality of life for them.

SMEs are often referred to as the backbone of an economy. Cryptocurrency can help empower the entrepreneurs behind SMEs by combining the digital technology and financial services necessary to grow these businesses. Not only can cryptocurrency have a positive effect on the local economy, it also has a potential international reach. Global consumers can use it to pay for goods and services on the other side of the world without the hassle of dealing with exchange rates.

Cryptocurrency’s Achilles heel is its price volatility. There is a need for cryptocurrency that is impervious to price fluctuations. Stablecoin could be the solution.