by Pawel Tomczyk
in HodlX 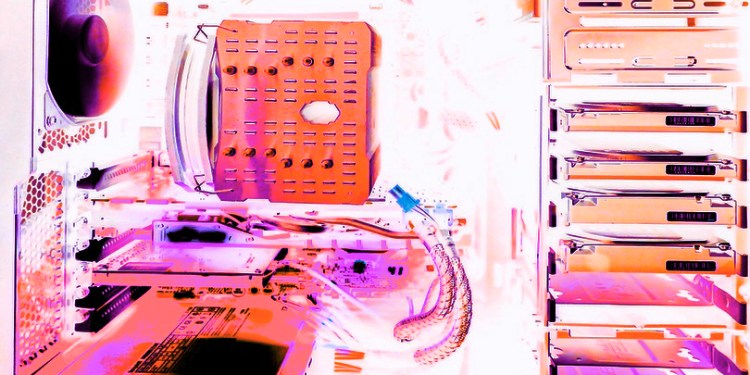 If this is your first time hearing about cryptocurrency mining, fret not. You – probably like my neighbor – most likely have been living in a cave for a while now. Tell you what: I’m going to make you feel like a real citizen who lives in a modern city in this modern world. Ok, so, “cryptocurrency mining,” the easiest definition for it would probably be a mining activity that’s meant to earn you cryptocurrencies, the virtual, digital kinds of currency that has taken the world by storm in the past few years. However, in cryptocurrency mining, one doesn’t necessarily mine like one would for gold or silver.

While you would have to physically work at a gold mine to mine gold, in cryptomining, what you need would be a set of equipment (like graphic cards and sophisticated CPUs of great processing power) to earn cryptocurrencies. Cryptomining itself is actually ?a process of verifying transactions of cryptocurrency?, so that they can be recorded in a blockchain’s digital ledger. By helping transactions to be verified, miners will be rewarded with cryptocurrencies.

This all started, when, of course, in 2009, ?Bitcoin’s public ledger was first activated and created by Satoshi Nakamoto. This first block in Bitcoin’s blockchain paid 50 new Bitcoins to its miner, and in today’s rate, it’s approximately USD $319k. (Yeah, just like you, I also wished I had participated early in the Bitcoin mania).

Ever since then, a lot of people – even corporations all around the world – are buying more sophisticated equipment, mining for Bitcoin and various other cryptocurrencies as well. From personal mining rooms to ?mining rigs the size of factories?, everyone wants to jump on the bandwagon and benefit from this trend. As it has become increasingly popular, though, it has given rise to increased competition.

Since crypto mining involves a lot of electronic equipment, it also requires quite a lot of power?. On average, the electricity consumed is at the rate of ?300 kwH per Bitcoin transaction?, and this number is thought to reach towards 900 kwH as 2018 ends. Annually, this would be about 2.6 GW of power, or almost as much as Ireland’s entire energy consumption. Since the rate of difficulty is automatically adjusted – meaning it would take more power to mine as time goes by – this figure can double, or even triple and quadruple in the near future.

Because of this, mining has become a rather expensive business, requiring miners to spend thousands – if not tens of thousands, or even millions – of dollars to set-up their own mining rigs to be profitable. This is why some people ?argue against Bitcoin mining?, claiming that it’s no longer profitable like it used to be.

As for alternatives, though, there are other projects in which you can mine crypto coins easier. These projects can generally be divided into two categories: Proof-of-Stake and Proof-of-Work based – both describing consensus methods that need to be reached in verifying blockchain transactions.

In Proof-of-Stake, new blocks will be secured by validators before they can be added to the blockchain. Participation in mining can be achieved by “?staking?” a specific amount of one’s own coins to validate a new transaction. Simply said, your mining power is determined by the number of coins that you have: the richer you are in your coin count, the bigger your mining power.

Several well-known projects are using this consensus method, such as NEO and Lisk. With NEO, you just have to hold your coins in their NEON wallet, which will allow you to stake your coins and earn “GAS” as a reward. This reward is worth 5.5% of your staked coins. Lisk, on the other hand, needs you to be one of the top 101 delegates, who are chosen by other LSK holders to complete transaction blocks. If you’re one of the delegates, you’ll be rewarded with more Lisks for generating and securing new blocks in the blockchain.

The other popular (and older) consensus protocol would be Proof-of-Work (?which has received much flak for its massive power consumption and potential to create a very centralized group of large-scale miners?). In this algorithm, miners are not earning rewards based on their stakes – rather, they ?compete against each other in processing power to verify and complete transactions in a blockchain before they can be rewarded. Verifying requires them to solve increasingly complex mathematical problems, and this is why miners need the very best and most sophisticated in mining equipment. And now, not only do they need the best equipment, but also a greater quantity of equipment, and may even need to upgrade in the future.

Aside from Bitcoin, ?Ethereum – ?albeit planning to change their consensus algorithm into PoS – is one of the most notable projects of having chosen PoW as their current mechanism. Just like Bitcoin, Ether miners all around the world have to compete rather harshly to win certain amount of Ether.

Such is the landscape of mining for both of the consensus methods mentioned above, competition is fierce. In Proof-of-Stake, while the competition might not be as direct as Proof-of-Work, you still have to hold a significant amount of coins in order to have large staking power, giving you more mining power. It’s no wonder then – unless one starts early in a crypto project – that many people are advocating against such crypto mining.

I’m a technology enthusiast and an early adopter. I have been specializing in marketing and Fintech for 6 years. Nowadays, I’m the founder of Cyberius, which specializes in content creation and crowdfunding.