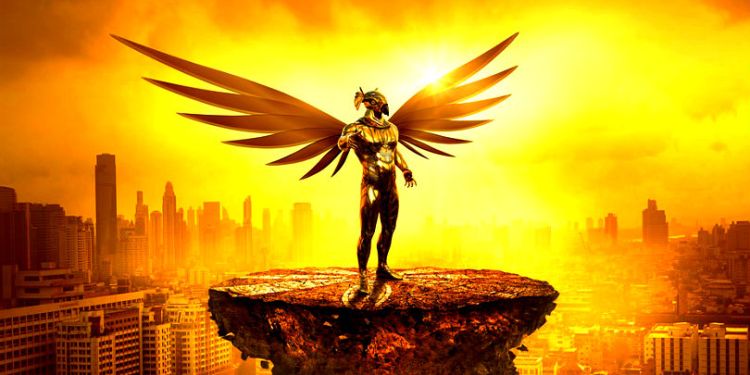 From Bitcoin’s long-term outlook to new progress at Tron and outreach for Ripple and XRP, here’s a look at some of the stories breaking in the world of crypto.

The head of digital assets at one of the world’s largest investment firms is crafting the perfect argument to counter Bitcoin and crypto naysayers this Thanksgiving.

Bart Smith of Susquehanna International – also known as the Crypto King on CNBC – explains why he’s still bullish on BTC.

“Satoshi Nakamoto designed this algorithm so that the last Bitcoin would be mined in 2140 for a reason. This is supposed to be a long game, right?

So, I understand the price action. If you bought the day the futures were launched in December to now – has been pretty painful. But every great idea is volatile. Amazon, which we talk about over and over on this show, it went down 95%. It went from $106 to $6. And people wrote it off as being dead.

So I think that yes, the price action has been difficult. But the idea of having a peer-to-peer, sovereign, non-centralized store of value or peer-to-peer cash is something that’s been desired for a long time. And the price action from now until the end of the year, where Tom Lee may or may not be wrong, or into next year, is not going to define if Bitcoin is successful. The usership of it has to expand.”

According to Smith, institutional infrastructure has to improve to bring new capital into the market.

“If you’re a high-net-worth person in the Western world, or you’re a global institution, it’s still very difficult for you to buy Bitcoin the way you might want to. A wealthy individual from the GI generation is not going to take a high resolution picture of their driver’s license and send it to a website and send their money there. They want to invest in Fidelity. They want to invest in Bank of America. So that has led to the second problem. Which is, without the new capital onramp, liquidity has been very low. Volatility got really, really light at the end of October…

And so, what happens is, in that environment, when you have a contentious fork like you had in Bitcoin Cash – and you can say that those two constituencies’ conduct to one another might be defined as juvenile and it doesn’t necessarily create a tremendous amount of confidence – and when those sellers come in, there’s just no liquidity to absorb it.”

Emi Yoshikawa outlined Ripple’s willingness to work with regulators around the world to increase the legitimacy and viability of cryptocurrencies like XRP, as well as blockchain technology as a whole.

“One of many things that sets @Ripple apart from other #blockchain companies is proactive engagement with governments and regulators around the world. We believe in working within the system when bringing new innovation to a market.” –@emy_wng in a fireside chat at #tcshenzhen pic.twitter.com/5PHQ1SbOLC

The Ethereum development company Paradigm has released a new comprehensive update on what’s happening with the Ethereum protocol behind the scenes.

The update includes the latest developments on 0x, Augur, Decentraland, Gnosis and more.

Binance CEO says that behind the scenes and in spite of the speculation, crypto developers are building the future.

Changpeng Zhao notes that the market slump hasn’t slowed the uptick on GitHub as blockchain developers get to work.

Despite the rough seas out there, builders are building. New releases on GitHub today from:

(This is more than the usual we see from GitHub). Kudos!

IOTA founder Dominik Schiener is slated to present at the upcoming Future of Money Conference on November 24 at the Frankfurt School of Finance and Management in Frankfurt, Germany.

Schiener will present IOTA’s vision of an open and decentralized financial system.

Looking forward to present #IOTA at "The Future of Money – 10 years after Lehman and Nakamoto" in Frankfurt this week. Will be an interesting discussion with renown economists about the future of IOTA and Crypto-Currencies https://t.co/Xm4fDWfJuI

The Tron Foundation has released its weekly progress report on the network, including the latest technical advancements, community efforts and decentralized app developments on the network.