The Best Legal Jurisdictions for a Security Token Offering

by Vytautas Senavicius
in HodlX 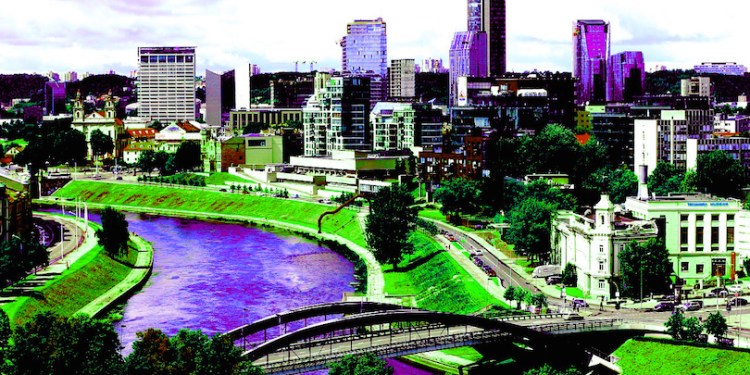 Initial Coin Offering or ICO was the number one method of funding blockchain businesses until recently. However, ICOs seem to have come to an end. Their popularity has been falling for the greater part of 2018 despite several success stories of EOS, Telegram and Ruby-x ICOs which raised about $7 billion altogether.

ICOs have proven to come with a lot of problems. For instance, a significant amount of them turned out to be mere scams. Investors are more cautious today, also because of the number of companies which failed to achieve what was expected.

The laws of nature and physics suggest that empty or unfilled spaces are unnatural. Wherever there is a hollow, the universe seeks to fill it. Aristotle noticed it more than 2300 years ago when he said “Nature abhors a vacuum”.

The vacuum left by ICOs may be filled by Security Token Offerings or STOs. An STO is a more tangible method of funding blockchain businesses today. We are here possibly looking at the new megatrend in the crypto-world.

Let’s see which are the best and the worst legal jurisdictions for Security Token Offerings.

What is an STO?

Before we give you a list, we have to give you a very brief introduction about STOs. Unlike other tokens we have seen so far, the security token is backed up by real assets. These assets are external and tradable. Thanks to a new security token, companies can now issue tokens that stand for shares of company stock. Holders of the security tokens are entitled to ownership rights.

This is why these tokens are already heavily regulated by some of the world’s largest governments. For instance, in the US they are subject to federal securities regulations.

The Best Legal Jurisdictions for an STO

Ideally, the best legal jurisdiction to launch your new STO is the one which has legal certainty on STOs and is reputable. Most jurisdictions around the globe only have laws against fraud; however, that does not provide full regulatory certainty for STOs. This is why you should always consider your participant’s interest before you decide to do something that can cost you a lot. Let’s start with our list.

The Baltic country of Lithuania seeks to become a major hub for fintech in Nordic and Eastern Europe. It did magnificent work towards creating compliant security token regulation. A task force, led by the Ministry of Finance, created multi-institutional explanations (favorable for STO issuers) on accounting, taxation, as well as issuance of the security tokens in compliance with financial market rules in the European Union (EU). The advantage to issuing STOs in an EU member state is that it opens doors to all EU member states. In Lithuania, you can get an opinion from the supervisor of financial markets whether your ICO has the features of a security token absolutely free of charge.

This citadel of stability in the middle of Europe has always been a haven for businesses operating within the finance sector. That has not always been a good thing, of course. Nonetheless, the crypto businesses here could be supervised by the Swiss Financial Market Supervisory Authority (FINMA). This regulatory body is known for supporting financial innovation and technologies. Blockchain tech isn’t held in the highest of regards though. Switzerland issued guidelines for ICOs where they state that for security tokens, financial market laws shall apply. You can also apply with a request to get an opinion on whether your ICO has features of a securities offering. However, it takes a few months to get a reply from the supervisor and it costs a huge sum of money.

On September 25th, the lower house of the French parliament initiated a debate about a legal proposal which holds some core changes for the country’s legal framework for crypto assets and STOs. France plans to issue non-binding certificates for the compliant ICO. However, Lithuania and Switzerland are ahead, as regulatory authorities are already issuing similar documents.

Many experts in the crypto world refer to Israel as an “ICO hub”. This is mainly because Israel greatly supports blockchain technology. Its regulatory body is a committee specially formed to regulate cryptocurrency. Up until now, we haven’t seen this committee be overly restrictive. Recently the Israel Securities Authority issued a report where they distinguish so-called “utility tokens” from a security token. However, the report is quite broad and there is a lack of clarity on STO taxation, accounting, and other important issues.

The Worst Legal Jurisdictions for STOs

A former British colony, located in the Caribbean Sea southwest of Florida, Nevis has been a haven for all interested in starting a crypto business. All you will need is a physical address and a bank account in Nevis to be eligible to start your business. With next to no crypto regulations, all you will have to worry about is to minimize the risks and prevent any frauds. However, it is an offshore jurisdiction; hence, it is not a way to make a compliant STO. At least for responsible businesses.

The current climate in Gibraltar is not as in favor of STOs. By the end of 2017, the government of Gibraltar noticed that there was a drastic increase in the use of cryptocurrencies and exchanges. Its regulatory body, the Gibraltar Financial Services Commission, has introduced new, stricter regulations in the following months. Despite these changes, ICOs still stay outside the regulatory framework. But the new Gibraltar securities law applies to STOs because it considers securities equal to shares in a company. Even more, Brexit has been a source of great concern recently as Spain threatened the Brexit deal over Gibraltar’s status. Over the Brexit negotiations, Spain, similar to Ireland and Cyprus, has conducted independent talks with the UK about specific border issues. Spain has long claimed sovereignty over Gibraltar, which has been a British territory since 1713.

Vytautas Senavicius
Legal and Financial Market Regulation Expert at Hodlfinance.io. Ph.D. in Law, partner at one of the leading law firms, TVINS, Chairmain of the Lithuanian Crowdfunding Association.