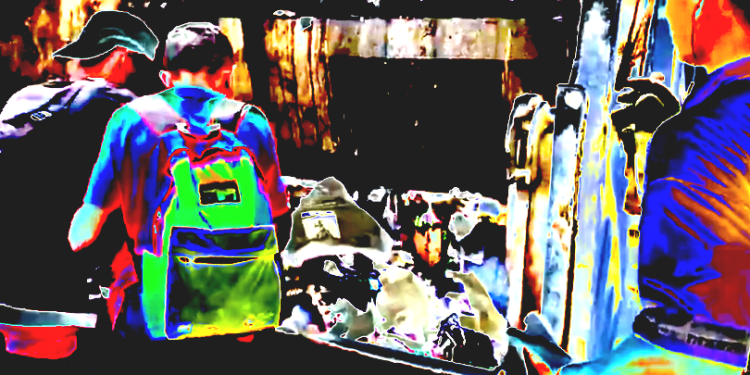 The “Remesas” platform, a new service from the country’s Patria Platform, is designed to “guarantee financial inclusion along with the social protection of the people of Venezuela.” Its launch coincides with the country’s humanitarian crisis.

These are the images that ? @jorgeramosnews ? showed Nicholas Maduro and they provoked Maduro to rise from the interview,? to hold the Univision team and confiscate their work. This is what Maduro doesn't want me to see the world. pic.twitter.com/gttyiDazxr

The Bitcoin remittance platform is another attempt by Maduro to beat US sanctions and thwart the opposition.

Run by Patria, the new service is controlled by the country’s crypto regulator, Superintendency of Cryptoassets and Related Activities (Sunacrip), under the leadership of Maduro. It will establish a monthly limit and offer access through its online portal.

“Remesas is a service of the Patria Platform that allows you to send remittances to Venezuela in cryptocurrencies. The resources sent will be available in sovereign bolívars in the Monedero Patria as soon as the transfer is confirmed.”

The service will apply a fluctuating commission, updated daily. Patria also explains that the service may be disabled at any time “depending on the availability of funds in bolívars.”

Critics point out that users on popular peer-to-peer platform LocalBitcoins, where trading volumes in Venezuela have reached an all-time high, already have the ability to send Bitcoin and Litecoin – at a significantly cheaper rate.

In February, Official Gazette No. 41.581 published the country’s new crypto regulations, which impose up to 15% fees on crypto remittance transactions.

The government also introduced monthly caps on transactions of roughly $600, with an increase to $3,000 if further authorization is granted. Some features of the platform also raise concerns about government-led centralization. Users are expected to record their data on the platform and recipients of the cryptocurrency may be notified through a text message.

“The remittance is made in four simple steps (1) record of the data of the person who remits it; (2) define the cryptocurrency to use and agree to the amount to send; (3) then an address will be shown to make the transfer; and finally (4) the identifier (hash) of the operation will be placed. When confirming the operation, the recipient or recipient will be notified through a text message.”

“There is a maximum amount to be received monthly due to remittances, which is why additional attention must be paid to the amount that is transferred and must coincide with the amount agreed in the second step of the remittance process.”

The central bank of Venezuela could play a significant role in determining prices of cryptocurrencies on the platform.

“For the remittance, the system will apply the official rate issued by the Central Bank of Venezuela (DICOM Rate) for the day in which the operation is carried out and will apply a commission that can range from the equivalent of 0.25 euros to 15% of the amount total in bolívars.”

As Maduro employs different strategies to maintain power, his critics accuse him of genocide. Newly released footage on Twitter shows blood in the streets as horrific conflicts continue. [Viewer discretion is advised for extremely graphic content.]

Warning: graphic content. Under #Maduro's #socialist regime, Venezuelan children are killed in the streets. Socialist life in #Venezuela is lawless and brutal. pic.twitter.com/hD2VruADJE

Guaido tweeted an audio message upon his return, urging his supporters to fill the streets.

As Maduro attempts to use Bitcoin and Litecoin to create a parallel payment rail, Venezuelans who are combatting the collapse of their local currency are using cryptocurrencies via decentralized platforms not under government control. Trading of bolívars on LocalBitcoins, for example, has reached a new record high at 25.1 billion for the week ending March 2, 2019.