Bitcoin Surge to $400K ‘Not a Fool’s Paradise’ – Plus Ripple and XRP, Ethereum, Tron, Litecoin, Cardano 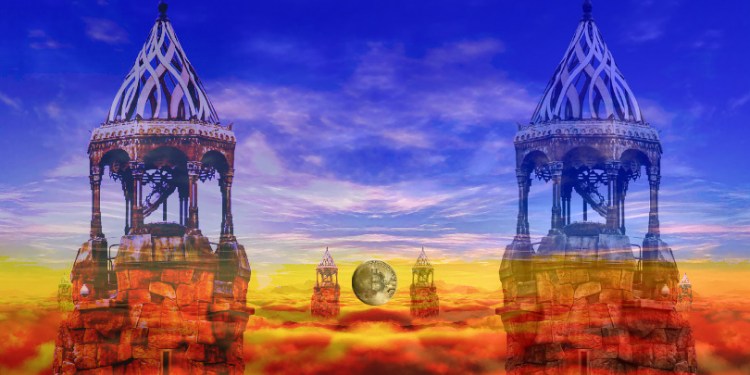 From a whopping $400K Bitcoin price prediction to new adoption for XRP, here’s a look at some of the stories breaking in the world of crypto.

The chief market analyst at ThinkMarkets UK says an end to crypto’s long winter is in sight.

According to Naeem Aslam, the fact that Bitcoin has officially ended its longest-ever monthly losing streak indicates the bear market is coming to an end. And if past is prologue, Aslam says an eventual BTC surge to $400,000 is a likely scenario.

“…there is a high chance that the next bull run has a minimum potential of pushing the price 5 times higher. That is over $100K. I personally believe that each Bitcoin can go up as much as $400K, and if history repeats itself, this number is not a fool’s paradise. This is a simple math calculation: approximate percentage projection of the price which we experienced during the last bull run.”

In the short term, some analysts are predicting a big move in the near future. Crypto trader DonAlt told his 86,000 followers on Twitter that Bitcoin could hit $4,500 on the upside or sink down to $3,500.

Watching paint dry is more exciting than watching this.
I think we'll be getting a pretty big move soon.

I'd much rather short an up move or long a down move than trade here. pic.twitter.com/NwhMcWXqqM

The founder of Ethereum development studio ConsenSys says he believes most of the world’s economy will run on blockchain technology within 10 to 20 years.

Speaking at SXSW in Austin, Texas, Joseph Lubin explained that the current number of people using blockchain in the real world is similar to the number of people who were using email in 1983.

Ripple says it just met with leaders in the Mexican state of Jalisco to talk about blockchain and crypto regulation and innovations.

Jalisco State Government met with team Ripple to discuss how Mexico is leading the charge in #blockchain and #fintech innovation. pic.twitter.com/mTTy9bOQZz

Meanwhile, XRP has been added to the Canadian crypto exchange Coinberry. XRP is only the fourth cryptocurrency to be added to the platform, following support for Bitcoin, Ethereum and Litecoin.

Today, we're introducing XRP to the Coinberry platform. You can buy/sell, and #HODL all the XRP you want. #Ripple

The Litecoin Foundation’s partnership coordinator Andrew Yang just sat down for an interview with CryptoWendyO. The pair talk about the upcoming Litecoin halving, Lightning Network and the Bolt-A-Thon, an online conference and hackathon focused on the Lightning Network.

EOS has passed Tron in daily decentralized app trading volume. According to DappReview, users on the EOS network spent $18.8 million in the last 24 hours, compared to 18.0 million on Tron. Ethereum came in at a distant third, at $3.9 million.