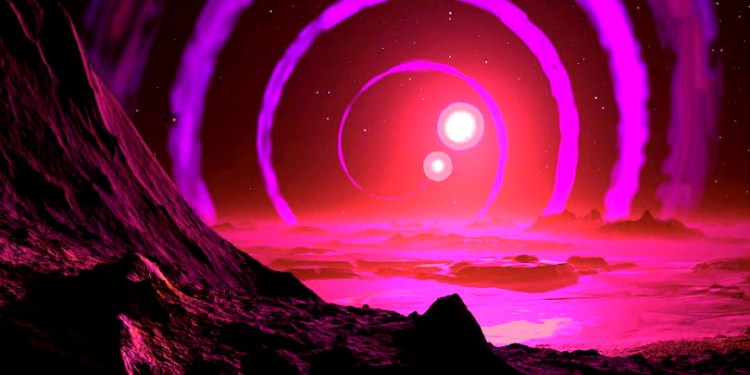 At the DC Blockchain Summit, Blumer said although Bitcoin is revolutionary, it’s also slow and expensive with “huge scaling limitations.”

“If you look at the first blockchain, let’s just say Bitcoin, right? [It’s] fundamentally transformative in how we will do everything going forward. But actually, a transfer takes an hour. It’s expensive. If you look at the dilution we pay through new inflation on an annual basis, you’re talking $50 to $100 per transaction, and it can only process about three transactions per second for every person on the network. So huge scaling limitations.”

When called out for spreading fear, uncertainty and doubt about Bitcoin, Blumer responded by saying he still believes the leading cryptocurrency will become the world’s biggest store of value without any technological upgrades.

I love #Bitcoin too, but that won’t make it fast or cheap

Bitcoin has everything it needs to succeed, and I think in time it will become the largest store of value in the world#EOS isn’t designed to compete with Bitcoin, it’s optimized for different use cases

Gold’s estimated market cap currently stands at about $8 trillion, and if Bitcoin were to one day reach the same heights, each BTC would be worth $380,000.

Over the next two decades, #Bitcoin will replace #gold as the leading commodity to store value

The comparison between Bitcoin and gold is not without its detractors. An article at the mainstream finance portal The Motley Fool says the two assets are “nothing alike” and notes that it is possible the Bitcoin community could one day decide to boost the supply of BTC.

“When it comes to gold, all we’re ever going to have is what’s on this planet. Putting aside science fiction hype of mining asteroids, what we have in the ground and have already mined is all the gold we’re ever going to get. That provides a true physical cap on gold, allowing investors to make a genuine case for scarcity. Meanwhile, Bitcoin does have a 21-million-coin cap, but this is only limited by protocols.

Admittedly, getting consensus on Bitcoin’s network to increase the coin limit would be very difficult – but the point is that it’s not impossible. We can’t wave a wand and make more gold appear out of thin air, but computer coders with the backing of the Bitcoin community could do just that and create more Bitcoin.”

Ripple partner MoneyMatch has been granted a license to carry out digital remittance services in Malaysia, for both businesses and individuals, reports Reuters.

“The startup said that they are among the first to receive a nod from BNM’s Financial Technology Enabler Group (FTEG) to offer their clients an eKYC (electronic know-your-customer onboarding technology) service for a seamless online transaction service embedded to the company’s mobile app.”

MoneyMatch says it will use Ripple’s xVia to power frictionless cross-border payments. So far, the company has not confirmed whether it will explore or utilize Ripple’s XRP-based xRapid.

Litecoin founder Charlie Lee and Anthony Pompliano just sat down at CIS in Los Angeles. The two talked about the future of crypto and the legality of initial coin offerings (ICOs).

The founder of the Ethereum-based development studio ConsenSys says he believes Ethereum will become the lead settlement layer for a decentralized world economy.

“Ethereum is the largest blockchain ecosystem by a variety of measures and in order for it to continue to grow into the base settlement layer for the planet, we are working on a few things: easier user onboarding, UI and UX, privacy and confidentiality, and scalability. Each of these are seeing great strides made.

With respect to user onboarding, projects are doing more handholding of users early in the relationship, not forcing them to remember 12 words forever lest they lose their identities and all of their value tokens. Projects are putting more responsibility on the user later in the relationship, when the users are more experienced. Blockchain introduces new modes of operation, and just like Apple computer brought users gently up to speed in how we gesture, pinch, swipe and type on the iPhone, we will have to do the same.”

Tron’s latest weekly report is out. The latest update covers the latest on crypto exchange adoption of BitTorrent Token (BTT), Tron’s acquisition of CoinPlay, and more.

Cardano creator Charles Hoskinson is on the latest edition of the Analysis in Chains podcast.

Hoskinson talks about Cardano’s core methodology, the goals of the platform and how it will tackle privacy, enterprise contracts and its native cryptocurrency ADA.