by George Mordwell
in HodlX 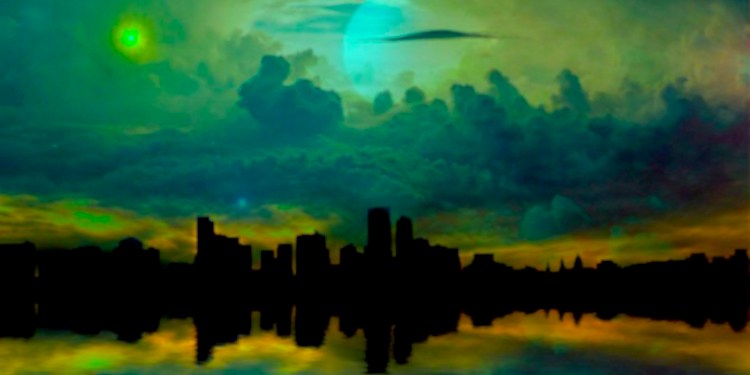 Although initial coin offerings and cryptocurrency exchanges are banned in China, this country’s enthusiasm for the blockchain is impressive. In 2016, the technology was mentioned in the five-year national development plan, and in 2018, China became the undisputed leader in the number of blockchain-related patents.

One of the most technologically advanced countries in the world is also one of the first to test and implement innovative concepts. Here payments by QR codes have almost completely displaced cash. The online-to-offline (O2O) trading model has brought together virtual and physical markets, and bike rental applications Mobike and Ofo have secured China’s lead in the global on-demand transport market.

The government actively supports research and technology development. According to the National Bureau of Statistics, in 2018, China spent 1.96 trillion yuan ($291.58 billion) on research and development, which represents 2.18% of the country’s GDP.

In 2019, this figure is expected to rise to 2.5%. The Ministry of Science and Technology of China also promised to encourage private industry to finance blockchain and artificial intelligence initiatives.

In 2017, the number of blockchain startups in the country has grown by 64% compared to 2016. Also, in 2018, China became the world leader in start-up investment, having managed to attract 47% of global venture capital.

Today, blockchain is being actively promoted. The technologies allow people to save time, protect data, study, pay for goods and services, rent property or transport, and even build smart cities.

China Wuyi is now using the blockchain technology to build an innovative tourist city in Malaysia. The project is supported by the Government of China and a number of major companies, including Poly, CCCC, and SWT International Sdn Bhd.

Melaka Straits City will cover 635 acres of reclaimed land on the coast of the Strait of Malacca. Another 200 acres of sea surface will be used later to build chalets and water recreation facilities.

The blockchain part of the city will be represented by the DMI platform. Tourists will be able to convert their coins into DMI-coin and make all kinds of payments. The developers will make a combination of the advanced technology and traditional industry, creating a high-class tourist destination integrated with education, leisure, shopping, entertainment, and business centers.

The first tourist blockchain-city is expected to have about three million visitors every year. During the construction stage, more than 2,000 jobs for local people will be provided in Melaka Straits City.

The project is supported by the Bank of China, which intends to be the first to exploit the website’s potential for property sale and purchase contracts management, handling mortgage credit applications, and organization of all internal transaction processing.

Developers of the country’s largest financial organization are planning to reduce the cost of mortgage credit processing by up to 60%. That would be possible by switching the system to electronic workflows. The initiative is expected to encourage Chinese people to buy real estate.

For their part, users will be able to transmit authorized applications to banks via encrypted channels that will ensure data confidentiality and security.

The joint blockchain project of Tencent Holdings and the Shenzhen Tax Service aims to optimize the tax collection procedure and combat tax evasion.

Work on the project began in 2018 with the opening of a research lab, where specialists study the usage potential of the technology in the tax revenue accounting sphere. The developers create channels capable of ensuring the accuracy and traceability of tax payments.

The company is willing to solve the pressing problem of controlling fapiaos, official invoices handed over to a person if he buys any goods and services. They are to be taken into account when calculating tax payments later. The document also grants company employees the right to receive a refund.

The bad thing is that counterfeit fapiaos can be openly purchased at public places such as metro stations and the famous Chinese market of electronic gadgets, Huaqiangbei. This life hack is widely used by unscrupulous taxpayers when submitting fake applications for a refund or tax deduction. Also, they often use one invoice to obtain multiple refunds.

The Tencent solution will allow transferring the fapiaos to an electronic format, while all information about them, including the place of issuance and previous usage data, will be stored in the distributed database.

The largest P2P lending platform, Lufax has launched a blockchain system intended to verify the identities of borrowers and lenders and keep track of transactions between parties. The company was the first one on the financial market to use distributed registry technology for the purpose of providing transparent lending and increasing the platform’s efficiency.

Over the past few years, the Chinese lending industry has faced many challenges related to a lack of transparency, of control over interest rates and fraud. All of these issues led to increasing pressure from the government. Many companies were forced to exit the market, but Lufax decided to use the advantages of peer-to-peer blockchain lending. So they have proposed a digital passport technology for borrowers and lenders.

The solution facilitates interaction between parties, ensures a high level of confidence between them, along with confidentiality and secure data storage. All loan agreements are now recorded in a distributed database, thereby ensuring their absolute immutability.

The first farm was completed in the Guizhou province by the summer of 2018. At once, 6,000 little chicks were accommodated in enclosed, specially equipped premises. Later they would let them walk around the two hectares of land with high-quality air, water, and soil.

A special tracker was attached to the paw of each bird in order to track their activity and nurture ideal living conditions. All the data from the chip is further transmitted to the cloud server and encrypted using the blockchain.

Now, when buying poultry in the supermarket, customers scan the QR code on the packaging and can retrieve details about this particular chicken’s living conditions and ascertain the quality of the product.

The farms being built in low-income localities promote the creation of new profitable manufacturing jobs and also contribute to the rural infrastructure development. By 2020, 3,000 innovative chicken farms are scheduled to be built.