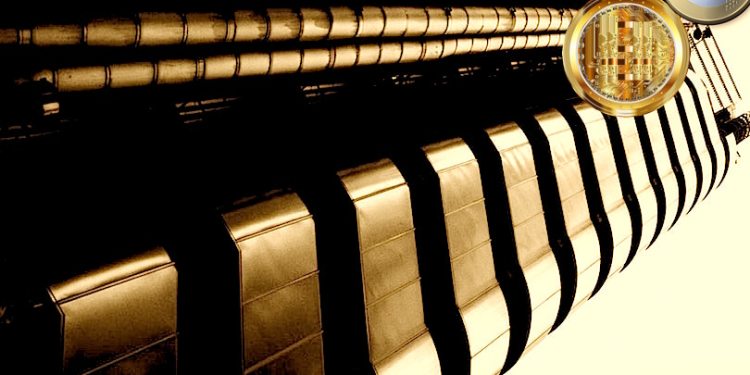 Researchers at the International Monetary Fund say crypto assets and other forms of electronic money may one day replace cash and render traditional bank deposits irrelevant.

A new paper published by the IMF outlines a number of different scenarios and highlights how cryptocurrencies such as stablecoins could instigate major disruption.

“In short, the paper argues that the two most common forms of money today will face tough competition and could even be surpassed.

Cash and bank deposits will battle with e-money, electronically stored monetary value denominated in, and pegged to, a common unit of account such as the euro, dollar, or renminbi, or a basket thereof.

Increasingly popular forms of e-money are stablecoins. E-money may be more convenient as a means of payment, but questions arise on the stability of its value. It is, after all, economically similar to a private investment fund guaranteeing redemptions at face value. If 10 euros go in, 10 euros must come out. The issuer must be in a position to honor this pledge. Banks will feel pressure from e-money, but should be able to respond by offering more attractive services or similar products. Nevertheless, policymakers should be prepared for some disruption in the banking landscape.”

The paper also highlights the risky, speculative market of cryptocurrencies that are not pegged to fiat, such as Bitcoin and Ethereum.

“We refer to other cryptocurrencies as ‘public coins,’ including Bitcoin and Ethereum…

Differences in terms of stability of value are actually quite marked between different forms of money. Users may compare monies according to returns and risks. We measure these in nominal terms, relative to domestic currency, unless otherwise noted. This helps us focus just on the design of monies, not on their macroeconomic context, which would be common to all designs.

Cryptocurrency is by far the riskier, though it potentially offers higher returns (capital gains). This is especially true of public coins whose value in fiat currency can fluctuate significantly. The standard deviation of day-on-day changes in Bitcoin prices is approximately 10 times higher than in most G7 currency pairs, and even a little higher than in the Venezuelan Bolivar to U.S. dollar exchange rate.”

The paper notes that e-money could be subject to the risk of runs because it doesn’t have government backstops to offer protection for bank deposits, referred to as “b-money”.

However, despite being a less stable store of value, e-money could soon become widely adopted due to its attractiveness as a means of payment, the researchers argue.

“E-money is better integrated into our digital lives relative to b-money or central bank money. It is typically issued by companies that fundamentally understand user-centered design and integration with social media…

Cross-border transfers of e-money would be faster and cheaper than of cash and bank deposits.”

You can check out the full report from the IMF here.