Yes, ICOs Will Eventually Die and Be Replaced by Other Models 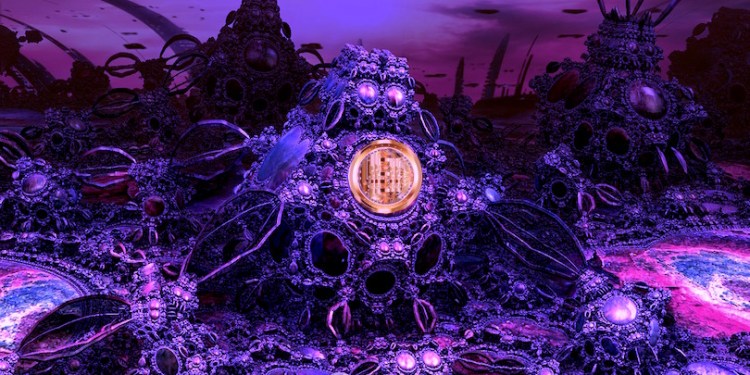 It’s obvious to see that the number of new initial coin offerings (ICOs) has been slowly dwindling ever since the 2018 crypto winter.

The whole idea of ICOs is starting to become a little redundant in the eyes of large investors, especially institutional ones.

The business model can be deemed as a little bit outdated even though it hasn’t seen too much sunlight. The operational costs and the amplified competition that is now plaguing the market is just rendering ICOs as “not worth it” for most project owners as they start to focus on newly implemented project models such as security token offerings (STOs) and initial exchange offerings (IEOs).

But what was the downfall of ICOs and what is continuing to render them virtually impossible to pull through? Well, there were a number of factors.

By the time the ICO craze was in full swing, cryptocurrencies had already consolidated massively during the 2017 market uptick. Everybody was scrambling to get an ICO out as soon as possible, simply to have their coin take part in the market craze and experience growth in the hundreds of percentages.

Naturally, some made it while others failed miserably, but the ones that managed to get their ICO out in time didn’t really plan ahead for the future. Even if they did plan for the future, that future didn’t include the crypto winter which quickly followed the market uptick in January 2018.

The amount of investment that ICOs were generating quickly plummeted due to the market downgrade. Based on the fact that most ICOs had been funded using cryptocurrencies to begin with, it was these assets that suffered the most in the 2018 crypto winter.

Funds that were numbering in the millions quickly fell to being worth just a few hundred thousand. Marketing campaigns were virtually impossible to fund, and many employees that were tasked to develop the project either had to leave because of late payments or were laid off to cut costs.

Projects that still managed to come out with a product regardless of the market downturn either failed momentarily or walked through 2018 at a snail’s pace, failing to deliver on the promises made during funding rounds and therefore losing their investors – left, right and center.

However, the largest contributors to the loss of trust from ICOs were the scammers. According to research, more than 80% of all ICOs conducted in 2017 and 2018 turned out to be scams, some notorious, others less so, but the result was the same. The market was left with a bunch of angry investors who had lost money in empty investments, leaving virtually nothing to diversify into other coins.

All of this compounded helped create the crypto winter.

Now, wherever we look and find ICOs it’s very clear to see their desperation. Almost all of them are starting to focus a large majority of their marketing on building trust, which diminishes the number of resources dedicated to improving the product itself.

This alleged desperation that we see ICOs in is most likely going to be the end of them sooner or later.

“The condition with ICOs in 2019 is directly parallel to the dreaded binary options in 2017-18. The service or product itself could indeed be used for the benefit of the investor as well as the company, but in the end, they were brought down by their own competitors, not for outperforming them in terms of sales, but for breaking the legitimacy of the financial asset completely. It’s likely that ICOs will soon suffer the same fate.”

It is true that the dreaded binary options were placed under a severe ban in the EU in 2018 and deservedly so. Even today we see most EU regulators warning against ICOs and implementing tailor-made regulations to somehow govern them. This was exactly the path regulators took against binary options before introducing the ban.

But with ICOs, it seems like the community itself is showing the most awareness and is shying away from them. Sooner or later, there will be no community for ICO projects.

Healthier alternatives on the rise

Over the last year, healthier alternatives have become available in the form of STOs and IEOs.

Security tokens were implemented in order for projects to provide more regulatory compliance with respect to customers’ investments. Security tokens are like company shares that prove a person’s ownership of a part of the project.

As securities they fall under the direct jurisdiction of local regulators, which adds that extra bit of safety for investors and therefore make them more accessible for many.

IEOs on the other hand, are on a completely different level. The sale of tokens offered through an IEO is facilitated by a cryptocurrency exchange. The exchange even participates in the promotion and distribution of the coins and becomes a repository for the project.

But, conducting an IEO is definitely not the easiest thing to do, simply because exchanges are very choosy. This means that the project itself needs to carry significant value if it ever wishes to see the light of day.

For investors, the fact that an IEO has been approved by an exchange means that market experts have spent time researching the project, the development team and the future of the coin, and have deemed it promising.

This provides the crucial trust factor for investors, letting them know that a project is trustworthy and has potential in the future.

Even if the coin doesn’t have the same growth margins as ICO products in 2017, IEOs are still much more desirable for crypto enthusiasts as they minimize the risk of their money being stolen in a blink.

When will ICOs die?

One main factor that contributes to an ICO’s death is a peaceful market.

That was the case in 2018 when the only change in a coin’s price was in the negative zone. The recent market uptick did revive some hope of ICOs surviving the night, but in the long-run, no matter how many analysts predict Bitcoin will reach $100k, sooner or later the crypto market will meet a consensus and stop most of its volatility.

Although it’s not clear exactly how long that may take, most experts say it can’t be more than a decade. Before that though, there will still be some ICOs here and there that manage to shine through the competition, but at this point, they will never outshine STOs or IEOs no matter how hard they try.