by Oron Barber
in HodlX 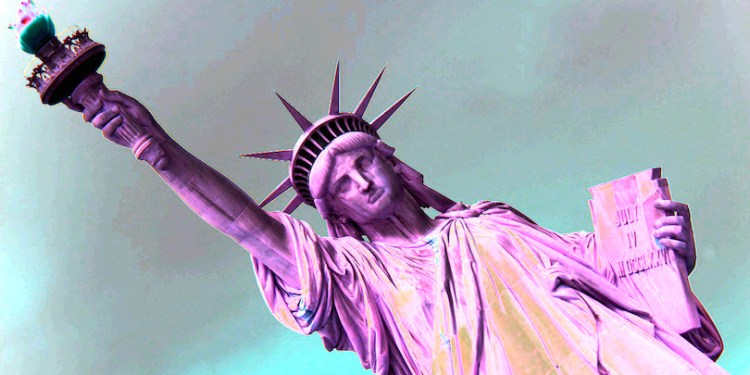 Freedom as an essential human entitlement has been misgoverned over the course of several decades, but now has the chance to retrieve its original meaning and put an end to totalitarian exploits.

Freedom of speech is currently in a very dark period as countries under repression suffer from global isolation and political impotence, thereby completely limiting access to legitimate and independent media. Countries such as Iraq, Turkmenistan, Equatorial Guinea, and North Korea are examples of governments that don’t tolerate any opposing statements about their regime and such actions are usually punishable by law – disallowing foreign media broadcasts and limiting internet access to their citizens.

It’s high time that people all around the world choose – either go down a centralized route where our interactions are surveilled and blue-penciled, or go down a decentralized one that advocates essential freedoms and rights.

Technology’s role in all of this is somewhat paradoxical down the road; some systems can function as control instruments for governments or companies, while others put more power in the hands of citizens.

The Chinese government, for example, learned this the hard way. Tracking and analyzing each citizen and keeping a close tab in terms of behavior, location, finances, and communication took its toll on them. The straw that broke the camel’s back happened last year when Chinese activists began reproducing #MeToo blog posts which caused a severe government outburst leading to their deletion.

In response, the activists turned to the Ethereum blockchain and were able to permanently imprint their stories on a globally managed ledger, easily viewable with a variety of block explorers. One Chinese student defiantly summed up the disruptive power of blockchain in the comment section of a now-deleted WeChat post, writing,

For a manner of communication to effectively endorse free speech, it has to follow two basic rules.

Blockchain meets both of these conditions.

Any type of content kept on a blockchain cannot be censored retroactively, due to the nature of decentralized data storage: myriad copies of the original data exist to prevent any potential meddling. By rewarding independent users (miners) for running its infrastructure, blockchain also repels any type of surveillance. Companies or people can be pressured, threatened or bribed for access. Thousands of anonymous miners cannot.

E-voting systems have been around since the 60s, but are still struggling with global application as part of major elections. With the latest technological development, blockchain may as well be the solution e-voting has been longing for. By empowering blockchain to be an integral part of e-voting, people will doubtlessly employ their irrevocable freedom rights to unbiased and fair voting and election.

Government elections on a global scale are facing snowballing security susceptibilities and threats over election integrity. Paper ballot voting is still the most common form of voting worldwide. It is the least susceptible to cyberattacks but very susceptible to human error and fraud. Vulnerabilities to cyberattacks due to out-of-date, ill-designed or implemented technology are omnipresent.

Getting people to vote is another significant election challenge. Globally, roughly 230 million eligible voters are not registered to vote, and those who are, still fail to turn up. There are many reasons for this, including the lack of identification and access to voting booths for voters as well as apathy and mistrust of the political system. Unfortunately, these problems are not limited to politically unstable or economically disadvantaged countries.

Online voting built on top of blockchain technology is very attractive because of the accessibility and the integrity that it can bring to elections. Blockchain’s fundamental attribute – ?immutability, accountability and security? – drive the technology’s force for securely sustaining voter registration records and recording votes as such. In such a system, voting data is input into blocks that are time-stamped, encrypted, and “locked” to prevent tampering and unauthorized mishandling. Information cannot be lost, and there are no central points for cyberattacks such as database deletion or denial of service attacks (DDoS). The underlying peer-to-peer network delivers an authentication mechanism that safeguards the integrity of the data being locked into each block. To prevent voter fraud, a voting application may employ several identification and authentication methods before votes are cast.

An escape route from inflation in Venezuela

Venezuela has seen its currency rendered practically valueless after suffering one of the worst periods of hyperinflation since World War II. About two million Venezuelans have immigrated to other countries, as essential goods such as toilet paper and medicine have become exorbitant and crime has soared. Venezuelans are using Bitcoin to exchange their bolivars, which are being perpetually devalued by hyperinflation.

Bitcoin could do to financial monopolies what the internet did to information monopolies (that is, disrupt or destroy them).

The International Monetary Fund forecast the country’s inflation will reach 1,000,000% by the end of this year, while costs have already escalated by 46,000%. That’s why Bitcoin stands as an escape route, giving them a chance to store their money away from the government’s reach, thereby resisting ruthless inflation. They are also allowed to transact and receive money worldwide.

Bitcoin and other crypto assets are most suitable in countries where people can’t put their faith in the government bodies or the banking system. The number of people who have used a cryptocurrency is around 40 million, or .5% of the world’s population. But by 2013, 2.6 billion people were already living under brutal regimes – which is a massive opportunity for Bitcoin and other assets to stabilize their financial state.

The creator of BSV, and namely Bitcoin itself, Craig Wright has also pinpointed how blockchain can empower the freedom of agricultural workers to sell their crops, lands, fish and other assets without getting ripped off by government institutions or big agricultural corporations.

“Let’s assume that we are the poor fisherman coming back with a hefty harvest, and we want to sell them at the best market for the best price. Bitcoin allows you to do that. This is what peer information stands for. Rather than having a centralized marketplace and middlemen to sell your goods to, using blockchain-powered tools, you will be able to use information to search the marketplace with the best prices, calculate fuel cost to get there, and ultimately sell your assets to the highest bidding customer directly.”

The advance of the technology – with unbounded, liberating competencies – means that we have an ethical duty to stop overlooking repressive policies that limit free speech and press. Being able to opine and report without penalty is a treat that many countries with stronger speech protections take for granted. Blockchain technology has the potential to extend this freedom to everyone else.

Oron Barber, CEO CoinPoint
Oron is an experienced Blockchain Advisor/ Consultant with over 15 years of experience in digital marketing. Specialized in direct marketing, performance, and branding for clients and partners, Oron has established robust blockchain marketing strategies in the heart of CoinPoint.