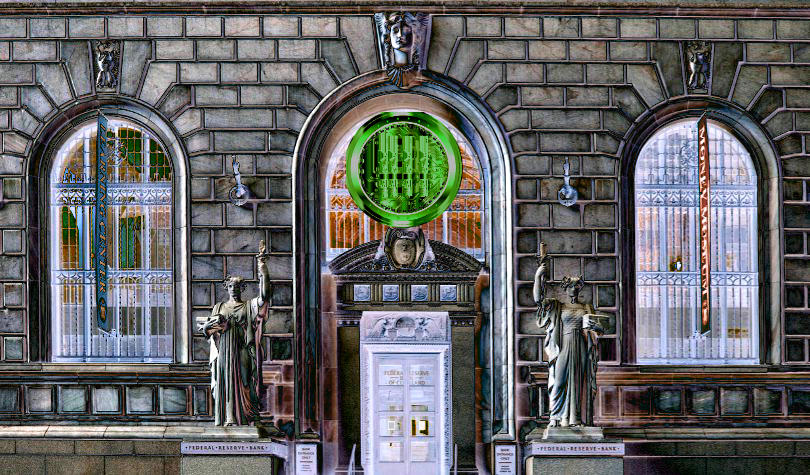 President Trump’s former pick for the Federal Reserve is launching a stablecoin to compete with central banks. Economist Stephen Moore, who failed to clinch the Fed nomination, is expected to formally announce his new cryptocurrency, dubbed “Frax”, tomorrow.

According to a report by Forbes, Frax will be pegged to the US dollar. Moore says his libertarian views are aligned with cryptocurrencies, which he believes are viable alternatives to state-controlled fiat.

Says Moore in an interview with Forbes,

“I’ve followed monetary policy for 30 years and always been troubled by the government monopoly on currency, which is unhealthy for markets. It’s very healthy for private competitors to challenge central banks over the money supply.”

Frax is designed to eliminate the need for a central bank. Instead of being backed by a one-to-one pool of reserve dollars, it will achieve stability and remain pegged to the dollar through algorithms that will loan out its reserves and, in turn, collect interest. The loans will be recorded on a blockchain, effectively maintaining a ledger of transactions that makes the duties of a central bank irrelevant.

While the stablecoin’s algorithmic approach is untested, Moore’s co-founder Sam Kazemian says the loan mechanism is designed to ensure the stability of Frax.

An earlier fractional reserve stablecoin startup, Basis, was also designed to achieve stability through a complex blockchain-based “algorithmic central bank”. The project involved a scheme of “on-chain auctions of ‘bond’ and ‘share’ tokens.” However, it ultimately collapsed. Its founders cited regulatory constraints and pressures – as opposed to technical challenges – as the reason for the demise of the project. They shut it down and reportedly reimbursed investors.

Frax reportedly has no outside investors at this time, and Moore and Kazemian say they’re not fazed by the failure of Basis.

Instead, Moore highlights spiraling debt and bad monetary policies as key reasons to develop cryptocurrencies that can challenge the status quo.

“If I had been on the Fed, I would like to have seen encouragement for the development of cryptocurrencies like Frax. It can be a check and balance against runaway currencies.”

Frax is scheduled to launch in the coming months.