Bitcoin, Ethereum and XRP Are Real Crypto Assets – But Libra Is Not, Warns US Lawmaker 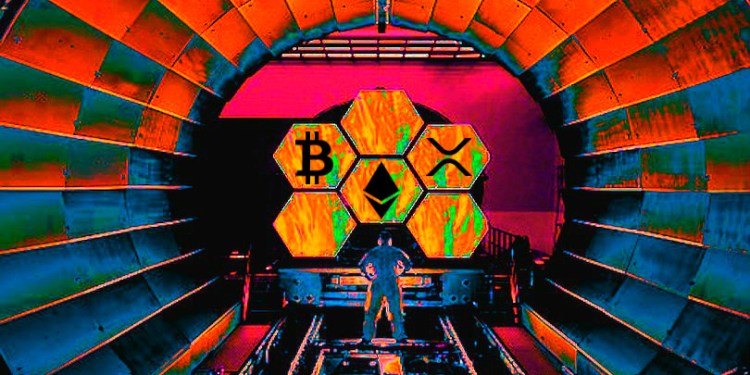 A US lawmaker is drawing a line between true cryptocurrencies and Facebook’s digital asset Libra.

At a hearing on the future of Libra on Wednesday, lawmakers grilled the company’s CEO Mark Zuckerberg.

Republican Rep. Ted Budd of North Carolina used his time to separate Libra from crypto assets, warning that Washington should work to avoid stifling innovation in the blockchain technology.

“It’s crucial that members of this committee be able to differentiate between Libra, which is really not a cryptocurrency, and actual cryptocurrencies like Bitcoin, Ethereum and XRP, before we discuss draft legislation.

Many of the proposals would stifle financial innovation and if we’re to remain as a world leader in financial technology, it’s vital that this committee not embrace reactionary laws against cryptocurrencies.”

Although Bitcoin, Ethereum, XRP and Libra are all built on open-source code, the Libra ledger is corporatized and does not allow anyone in the world to run a node and power the network.

Instead, a group of hand-selected companies will power the Libra network, increasing the digital asset’s centralization and potential for censorship.

At a separate hearing on Libra back in July, CoinShares chief strategy officer Meltem Demirors compared and contrasted Libra with BTC to highlight some of the major differences.

“Imitation is the most sincere form of flattery, but it is important to distinguish that Libra is not a cryptocurrency. There is a clear line separating Libra, Facebook’s self-styled ‘cryptocurrency’ from Bitcoin and other cryptocurrencies…

Bitcoin is decentralized, which is an esoteric metric, but in practice, it means no one entity or group of individuals has the ability to block or reverse transactions.

In contrast, Libra is highly centralized. It is a project that was conceived, designed, and launched by the Facebook corporation and its employees, which proposes to keep a multi-billion dollar fund to back the currency, and to manage the code for the network and control access via a consortium that currently consists of 28 entities. Note that some of these entities in Libra’s governing body are investors in other members of the eight consortium, large owners of Facebook shares, or otherwise commercially affiliated with Facebook and its executives. In Libra’s proposed design, this consortium will have the ability to block and censor transactions.”

While several members have dropped out of the Libra Association, the structure of the platform and the project remain distinctly different from Bitcoin. Meltem also pointed to the fact that unlike Libra, Bitcoin is its own asset and not backed by other assets; Bitcoin is not run by a for-profit association; Bitcoin allows anyone to run nodes without needing permission; Bitcoin supports thousands of companies that are not handpicked by a corporate giant like Facebook.

The full six-hour hearing is below.