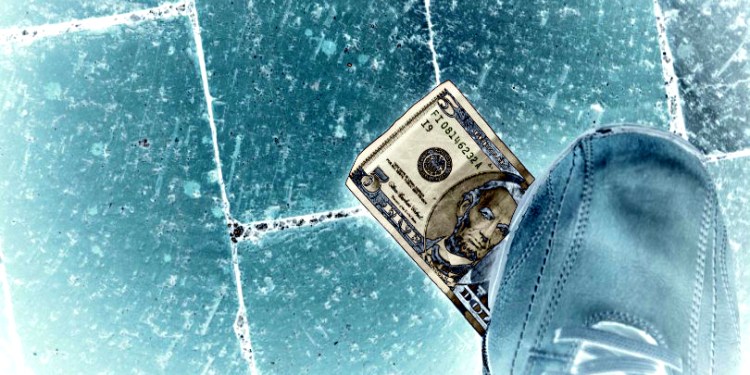 The crypto community on Reddit is sounding off on the Federal Reserve Board and its monetary policy of printing boatloads of cash out of thin air.

Whether the Fed is applying “repo operations” or outright “quantitative easing,” crypto enthusiasts point out that the usual playbook of efforts to stabilize the economy is only firing up outdated machinations and old school manipulations.

“We’re offering repo operations and T-bill purchases in order to provide reserves to the system. Right now, that’s working really well, and we look for that to work through year end and into January.”

Following the repo crisis in mid September that forced overnight lending rates to skyrocket, the operations are designed to keep liquid and rates in check. The Fed also started purchasing $60 billion in Treasury bills each month.

Meanwhile, Credit Suisse analyst Zoltan Pozsar says the reserves in the banking system are low enough to trigger another round of quantitative easing.

“If we’re right about funding stresses, the Fed will be doing ‘QE4’ by year-end.”

An article published by Crypto.IQ suggesting the Fed is gearing up to drop another $500 billion to prevent a year-end liquidity crisis has sparked a debate among the crypto curious, highlighting the advantages of a global financial system based on decentralized digital assets that cannot be printed on a whim or created to gain any particular economic or political advantage. They also weigh supply side economics, the threat of recession and test the theory that Bitcoin is set to soar due to a single event: the halving, which is set to slow the new supply of Bitcoin beginning in May of 2020.

Basic Supply side economics as a driver for bitcoins price is underrated and under discussed here, all anyone talks about is demand/use case. Interest rate rises have certainly stunted growth to a degree and cuts and/or QE together with the bitcoin halving are sure to help bitcoins bull case.

I think your QE argument for bitcoin rising in a recession is spot on, this is when the most FIAT is likely to be ‘printed’. I have no idea why no one ever talks about this in the bitcoin price in a recession scenario threads that are seemingly posted every week.

Not to mention, strength of USD is definitely depreciating BTC:USD right now. It’ll bounce back when they finally manage to depreciate the dollar — and they will. Most FED chairs have been talking about taking inlfation above 2% for an extended period of time — just in the last couple months, this has been a talking point

“supply side economics” have been debunked thousands of times already. it’s the opposite of evidience-based policy.

The problem is that the last thing people want to do when their investments are hemorrhaging value is to put that value into a super volatile asset like bitcoin.

Also, there’s no way for people to buy bitcoin with their 401k dollars which is where most investment comes from.

Thirdly, the halving has been priced in forever. Everyone knows it’s going to happen and it’s posted all over the place. The market has it priced in. If anything, since so many people expect it to boost prices, when it doesn’t there will likely be a sell off.

All that being said I’m long bitcoin in the short term because I expect China to soon come out with a national cryptocurrency which will periodically boost bitcoin. After that I’m gonna get out of it and reconsider.

You can check out the full Reddit thread here.