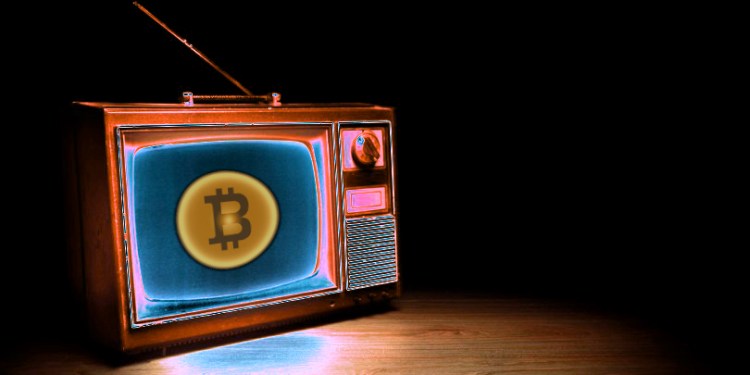 Bitcoin just made the cut on The Late Show with Stephen Colbert – again. In a roundup of shots on Donald Trump’s golf carts, Elizabeth Warren’s dating advice and Eric Trump’s taxpayer-footed visit to Uruguay, Colbert made room to rip Bitcoin.

“Folks, I spend a lot of time right over there, panning in the river of news for the biggest, shiniest, gold news nuggets to put in my monologue. But once in a while, I like to scrap together a bunch of old, stolen computers, throw them in a basement with an illegal hook-up to the municipal power supply, and mine for Bitcoin, which I use to form the black market fiat currency of news that is my segment.”

For crypto enthusiasts hoping mainstream audiences will be exposed to coverage about BTC as a viable non-sovereign currency, instead of lapping up the “Bitcoin is for criminals” line, the king coin hasn’t been able to catch a break from Colbert since the comedian bashed it two months ago. Averaging 3.81 million viewers, Stephen Colbert, who inked a new deal through 2023, tops the late show ratings, outperforming The Tonight Show‘s 2.44 million and Jimmy Kimmel Live!‘s 2.04 million.

In November, Colbert characterized Bitcoin – known for its cryptography, complexity and volatility – as a blockchain-based snoozefest.

“Let’s see, places I’d rather be than a Trump rally off the top of my head – the DMV, the dentist, someone else’s child’s clarinet recital, a Soviet gulag, covered with honey and staked on an anthill, sliding down a 50-foot razor blade into a bathtub of gin, and in conversation with someone that knows a lot about Bitcoin go on, go on about blockchain.”

Bitcoin has continued its bouncy ride into 2020, defying pundits and skeptics who have declared the cryptocurrency “dead” over 379 times. After starting the year at $7,204, BTC is now trading at $8,148, up 13%.