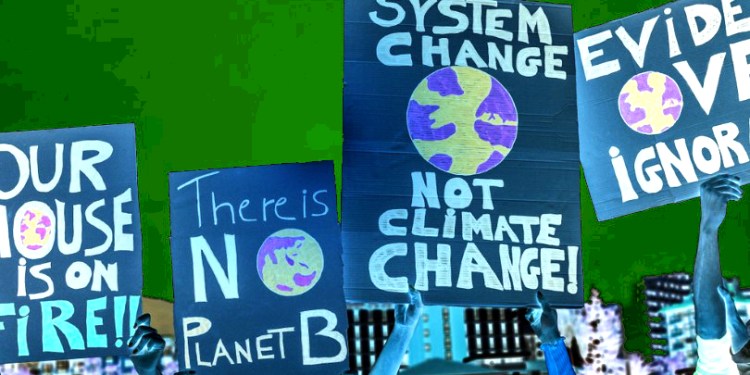 As the World Economic Forum (WEF) Annual Meeting unfolds in Davos, Switzerland from January 21-24, financial leaders are wrestling with climate change and the impact of industry and profit-driven corporate policies on the environment.

The mix of luminaries has already dialed in polarizing approaches to the world’s climate crisis.

Hyperledger, an enterprise blockchain consortium that is used by half of the tech giants and corporate giants integrating blockchain solutions on the Forbes Blockchain 50 list, such as Amazon, Allianz, BBVA, Comcast, IBM, Intel, Maersk, Nasdaq, Nestlé, Microsoft, Siemens, Visa and Walmart, announced a new working group at Davos that will explore how blockchain technology can dramatically improve the world’s efforts to meet the climate goals established in the Paris Agreement.

The Hyperledger Climate Action and Accounting Special Interest Group (SIG) will allow members to share their research and discuss ideas about distributed ledgers so that companies and governments can deploy a coordinated effort to reduce global emissions.

According to Hyperledger’s proposal,

Hyperledger’s ecosystem and DLTs are central to the creation of a global and open climate accounting system that helps integrate all actors and actions under the same planetary goal.”

While corporations are grappling with the Paris Agreement, adopted by 195 nations to cap global warming at 1.5 °C above pre-industrial levels, climate activist Greta Thunberg ripped the status quo at Davos as industry leaders who are “fueling the flames”.

Instead of rearranging the deck chairs on the Titanic, Thunberg is calling for a complete global overhaul that will see the end of fossil fuel investment.

Speaking at Davos, the 17-year-old activist describes the current climate goals as “empty words and promises which give the impression that sufficient action is being taken.”

“Immediately halt all investments in fossil fuel exploration and extraction. Immediately end all fossil fuel subsidies. And immediately and completely divest from fossil fuels. We don’t want these things done by 2050, 2030 or even 2021. We want this done now.”