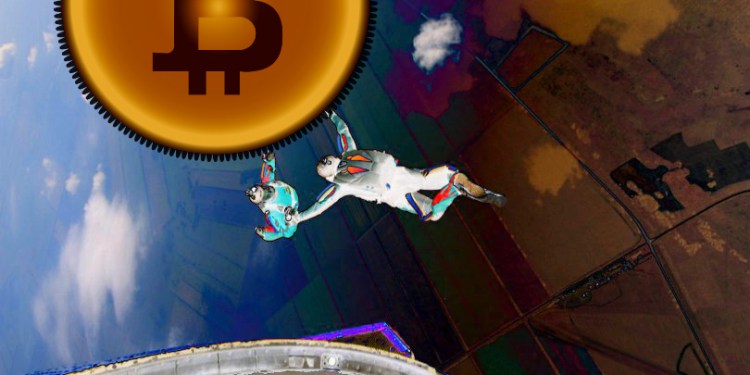 The stock-to-flow (S2F) multiple suggests that the number one cryptocurrency is set to climb to fresh all-time-highs after the upcoming halving event in May.

In a nutshell, the stock-to-flow ratio measures the scarcity of Bitcoin in order to predict the future price. Since Bitcoin’s creation, price predictions from this model have been highly accurate, and it’s now indicating that the next rally will head towards anything between $50,000 to $100,000 sometime during 2021.

Bitcoin’s stock-to-flow ratio theory was first posted in March 2019 by a crypto enthusiast who goes by the name of PlanB. The basic idea is that Bitcoin is scarce and that this scarcity gives Bitcoin value.

Indeed, only 21 million Bitcoin will ever be mined in total, 18.2 million of which have already been mined. The clock is ticking and with the mining rate decreasing towards zero due to the inbuilt block halving schedule, there’s only so much time to acquire this asset at current prices.

Scarcity can also be seen in light of the concept of unforgeable costliness, which is the original cost of mining a Bitcoin or gold. To this point, an inordinate amount of electricity, expensive mining farms, labor, and time are required to mint fresh BTC, giving the digital asset this unalterable property. For instance, a study from September found that mining a Bitcoin costs between $5,100 and $8,500. When the block halving event comes to pass, this unforgeable costliness will literally double, enforcing the claim of scarcity in the market.

At the time of writing, Bitcoin’s stock-to-flow ratio stands at 27.7. This is calculated by dividing 18,211,000 Bitcoin by the 657,000 coins mined every year. It follows that according to this model, Bitcoin is already more scare than silver, with its next target being gold.

In early May of this year, the block halving will surge to 56, bringing it closer to gold’s scarcity. Fast forward to 2024 and Bitcoin’s stock-to-flow will have spiked to 120, making it much scarcer than any precious metal in existence.

Delving deeper into the mechanics behind Satoshi’s Bitcoin, PlanB found that there was a statistically significant relationship between the model and the market cap of a commodity. As one can imagine, a higher stock-to-flow ratio is associated with a higher market cap. As such, PlanB anticipated that the upcoming halving would cause Bitcoin to reach $1 trillion, with Bitcoin’s corresponding price smashing past $50,000.

In addition, it was found that power-law relationship coincided with block halvings, which is to say that a relative change in one quantity leads to a proportional change in the other quantity, irrespective of the initial sizes. More specifically, PlanB found that with each block halving Bitcoin’s stock-to-flow ratio doubles, and the coin’s market cap surges by an order of magnitude. Notably, another revised efficient market hypothesis model forecast Bitcoin to be priced at $100,000.

To everyone’s relief, no doubt, this figure wasn’t pulled out of thin air. Instead, a Twitter user by the name of bitstein created a Twitter bot called the S2F Multiple which automatically calculates the Bitcoin price forecast over the next decade based on this ratio. Upon glancing at the model, one can see how, apart from three occasions when the currency broke higher than the model’s projections, Bitcoin retained its trajectory within the probability bands.

While the forecast isn’t useful for predicting exact prices at a given time, it does allow enthusiasts and risk takers to get a better picture about how scarcity will affect the market. In this case, the next block halving could land Bitcoin in the $50,000 to $100,000 area, which would be pretty incredible. Needless to say, while the model has stood the test of time, it can ultimately only signify potential moves in a game of probabilities.