Idealist, Opportunist or Convert: Which Bitcoiner Are You?

by David Harper
in HodlX 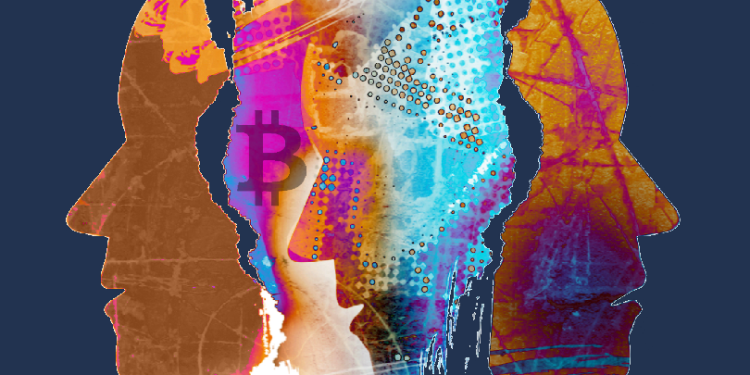 No one is quite sure how many millions of individuals own Bitcoin. Although it is a significant number, it is as yet a very small proportion of the world population. Each Bitcoiner has their own reason for owning Bitcoin and each has their own profile, from Jack Dorsey, founder of Twitter, to a rickshaw driver in Thailand. If for the sake of argument we ignore the Bitcoin whales and the Bitcoin miners, what are the characteristics of a typical individual Bitcoin holder?

One way to categorize them is as Idealists, Opportunists and Converts. How might these groups be positioned now, and how might their relationship with Bitcoin evolve in the future? Let’s speculate.

Stemming from the anti-establishment narrative of the Cypherpunks, Bitcoin was born during the fallout of the 2008 financial crisis as an alternative, in part, to the traditional, and largely discredited, banking system (seems to be a recurring theme). It was a form of rebellion, extolling financial independence from the banks and the importance of privacy regarding financial transactions.

Its broader church included Julian Assange who, through Wikileaks, led the demand for more transparency in government activity and suffered greatly by it. The crusade was taken forward most notably by Edward Snowden. It could be argued that the most familiar face of a Bitcoin Idealist nowadays is Andreas Antonopoulos who consistently promulgates Bitcoin as a means of bringing banking to the unbanked and promotes the use of Bitcoin as a means of transferring value, bypassing the banking system.

The Idealist understands the advantages its fundamental technology gives to all and sees its deployment as a means to an ideological end, as well as simply a better, fairer, less easily manipulated bottom-up infrastructure for finance.

The vast majority of humanity does not understand Bitcoin. But that does not mean ignorant actors cannot seek to benefit from it. Traders can eye Bitcoin as an asymmetrical financial asset able to generate profits of an order far beyond those found in traditional markets.

If you invest $1,000 in Bitcoin, you stand to lose $1,000 but you could gain $10,000 or $100,000 or more. There is no limit. They study charts and examine trends but their eyes are cold. The opportunistic investors don’t get Bitcoin, neither do they adhere to, understand, nor care about the dogma of the Idealists. Bitcoin is simply a way to earn money, and if for some reason it ceases to do so, it can be discarded. They are the ‘Weak Hands’.

As I mentioned, very few people understand Bitcoin. It is excruciatingly difficult to explain and is so counterintuitive as to to render it an unfathomable mystery to many. But, there are some whose curiosity impel them to investigate this strange phenomenon and try to understand how it could have fooled so many people.

Little by little, suspicion and incredulity turn to comprehension, which in turn turns into belief. Actually, it is the manifestation of ingenuity. It is like the reading of Darwin’s writings on evolution. It sounds ridiculous until you read it with an open mind. It just makes sense, a new kind of sense that remained hidden until a very special mind (or minds) laid it bare in an obscure white paper in 2008. The Converts are the believers. They are the ‘Strong Hands’. They don’t panic and sell as the Bitcoin price plummets. In fact, they view the drop as an opportunity to buy more at lower prices. Maybe Bitcoin will fail, and they are ready for the disillusionment if it comes, but they don’t think it will.

So, how do our categories stand given the current situation of the global economy and Bitcoin?

First of all, the Idealists might be feeling encouraged on one hand but frustrated on the other. The current global financial crisis would seem to be an ideal opportunity for Bitcoin to flourish. The phenomenal amount of quantitative easing (money printing) is setting up for the inevitable sharp devaluation of fiat currencies and the consequent (or supposed) increase in the value of hard-capped assets such as Bitcoin or gold.

But, regarding Bitcoin as a store of value, that is not why it was created. The title of the Bitcoin white paper relates ‘A Peer-to-Peer Electronic Cash System?, not ‘Digital Gold’. In fact Andreas Antonopoulos, I suspect, views the concentration of many on Bitcoin’s price as somewhat vulgar since we should be viewing Bitcoin as a value transaction medium that’s freely available to the masses, not as digital gold for the rich and avaricious.

It is no secret that Bitcoin is currently failing as a cash system because of several factors. Among the most evident are its price volatility, its transaction processing speed, and its user-friendliness (or lack of it). To exemplify this very simply, why would one buy a car with Bitcoin when its price may rise or fall by 10% (or more) in an afternoon? Why would we buy a coffee with Bitcoin if it takes five minutes (or more) to verify the transaction? How can we expect the wider population to copy and paste Bitcoin addresses in order to carry out monetary transactions? So for the moment, whatever anyone thinks, Bitcoin is primarily a store of value, which gives the Idealist a bad taste in the throat as it gives succour to our next character, the Opportunist.

The Opportunist loves instability, despite, or perhaps due to the risk. The current price volatility gives them the means to earn their riches by analyzing the market and buying and selling at the appropriate times. They have no emotional connection to the asset. Bitcoin, pork bellies or soya beans, it’s all the same.

In addition, in these times of low transaction volumes and low market cap (relatively), there is always the opportunity to manipulate the market either solely or with the help of a friendly Bitcoin whale. Idealists view Opportunists as parasites who add nothing to the Bitcoin ecosystem and who would view the demise of Bitcoin as a temporary inconvenience before they cut their losses and move on to the next big thing. They are the archetypal ‘Weak Hands’.

Then we come to the Converts. They are quite happy to sit on the sidelines drinking a coffee and enjoying a nice Danish pastry. That is, if they have only bought a quantity of Bitcoin they can afford to lose. They believe in Bitcoin, but not as an idealist. They have some emotional connection that is not based on ideology but on the understanding and appreciation of a brilliant concept and ingenious implementation of a system that will just have to succeed. Store of value or value transaction network? Whatever. They watch the Bitcoin price and the crypto news with a degree of skepticism and detachment. Whatever is happening now, everything will work out in the end. Relax.

And so to the future? We can imagine a time, perhaps not too far away when Bitcoin will have matured. The traditional financial global system is not dead, just weakened somewhat and even more discredited, if that’s possible. Bitcoin’s market cap is in the trillions, trading volumes have boomed, its price volatility has stabilized, transaction processing times have reduced either utilizing the Lightning Network or some other second level technology. Solutions are in place for the general public in which initiating Bitcoin transactions is as straightforward as performing the equivalent in fiat with today’s banking apps.

At last, the Idealists will be somewhat content. Satoshi Nakamoto’s vision, although not complete, will be manifest in the everyday life of millions around the word. They will be their own bank. The Opportunists will have moved on to greener pastures – perhaps pork bellies if we are not all vegans by then.

And the Converts? Well, they will be sitting comfortably sipping a cup of coffee deservedly (and perhaps smugly) contemplating grabbing yet another nice Danish pastry – with their incredibly strong hands.

Which Bitcoiner are you?