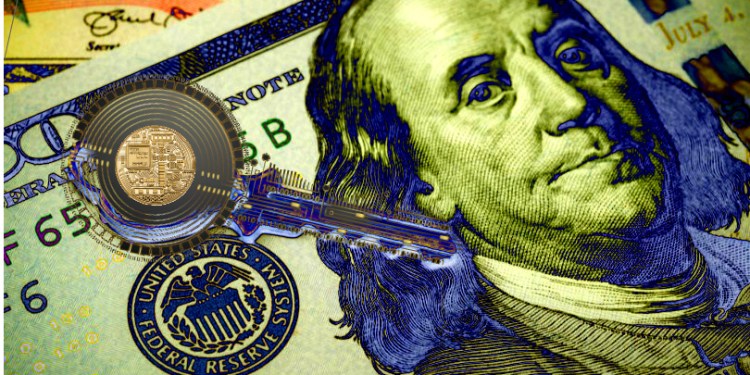 Co-creator of Ethereum and founder of Cardano, Charles Hoskinson, says a long-winded chain reaction to central bank monetary policies are on track to drain small to medium-sized businesses — while padding and propping up Wall Street and the wealthy. As countries navigate their way through a looming recession or depression, Hoskinson argues that cryptocurrencies will have an opportunity to challenge the existing financial system.

The chief executive of IOHK, which is the research arm behind Cardano, a blockchain-based platform designed for the seamless transfer of digital funds across borders using the cryptocurrency Ada, Hoskinson says the working class and the poor are bound to bear the brunt of the fallout of an asymmetrical depression due to the drastic measures being used to stop the spread of the virus.

In an interview on the FinancialFox, where Hoskinson gives an update on the recent developments of Cardano, he takes a look at the macro economic picture to gauge how things may unfold.

Up ahead: harsh economic consequences that will slam less privileged groups.

While consequences will be dire, they’ll also open an opportunity for cryptocurrencies to emerge and lay the foundation for a new and more equitable system.

“If you shut down all your supply chains, your restaurants, your entertainment industry, and you start saying elective procedures are no longer allowed to be performed at hospitals then what ends up happening is you’re furloughing a very sizable chunk of your economy. Then they can’t pay their rent. Then the landlords are in trouble. You have a credit crisis that occurs, and of course, consumer consumption starts crunching up everywhere. People stop buying cars.

Obviously there’s no vacations right now, so all the hotels get hurt. All the travel industry gets hurt, and then the people working in those industries no longer have disposable income. So they stop buying things. So the luxury goods market falls apart and then those people suffer. So you have this wave of wave of wave of wave of things that occur until eventually you push the economy into a depression.”

Hoskinson says it became clear in February that the lockdowns in Italy would end up having a major impact on small-to-medium sized businesses, the middle class and the poor.

“What’s really strange though, is there’s this counter cyclic push where the stock market is gaining value. And the principal reason for that is because central banks are just mass printing money and dumping it into the economy.

So basically the large companies are getting a bail-out, and this is why their stocks are doing quite well, especially tech companies, because they also have the huge surge of people staying at home consuming their services. So Netflix and Google, they do pretty well in these types of things. But mainstream and small businesses are just devastated.

New York City has about 20,000 restaurants. About 10,000 are going to go out of business, if not more, as a direct result of this. Most of those are small businesses. The agricultural sector in the United States is just devastated as well. They told farmers just to butcher their cattle, their sheep, their pigs. They get very little money for this, and it doesn’t even enter the food supply chain.

Hoskinson predicts that it will take another six to nine months before we see the real economic impact of the lockdowns.

But no amount of money printing will create productivity, he argues, and complete belief in today’s traditional money will eventually erode.

“It’s just numbers on a spreadsheet. And because people have faith and trust in it, they’ll believe that money for a short period of time. But then over time, they lose faith and credibility in it. What ends up happening is it actually is a wealth transfer, if not to the poor but to the wealthy, because the wealthy get first access to that valuable money.

Then they can use it to diversify. Whereas the poor get the table scraps and their buying power goes down further and further.”

Calling the reinvention of money a journey, Hoskinson says people will naturally turn to novel solutions such as Bitcoin, which he believes is currently delivering as a good store of value – like gold.

“The existence of an asset [like Bitcoin] gives you the dimension of freedom that you need to start monetary innovation and start exploring and creating stablecoins and all kinds of financial products which could become dollar replacements.”

Cryptocurrency’s ability to displace fiat currencies will hinge on its ability to create credit and effectively leverage the principles of modern financial services that allow people who lack the capital they need to buy big assets, such as houses and cars, to borrow money and for lenders to charge interest. But that will require cryptocurrencies to shed its hallmark trait: susceptibility to epic price swings.

“Debt-credit is a very difficult thing to practice, to institutionalize. It requires stable money because [the lender] needs to be paid back in something with predictable value over time.”

Hoskinson names Nexo and Celsius as two examples of platforms that are reimagining money and laying the foundation for new financial services based on crypto.

“So unless cryptocurrencies can enable an alternative credit system to the current banking system, they never will displace it. But we are making enough monetary innovation where there’s a very good reality where I think within 5 to 10 years we’ll have a legitimate stablecoin and be able to really get good stability in our ecosystem.”