by Maria Fox
in HodlX 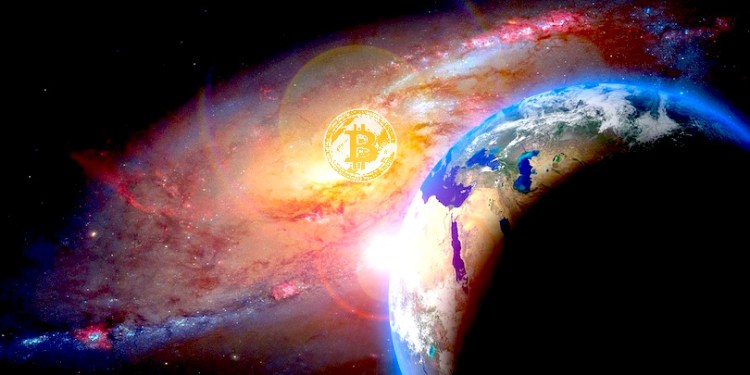 The latest events in the economic and political markets are having an increasing impact on the cryptocurrency sector, which is seeing a growing number of new users who were not previously familiar with digital assets.

Blockchain project Onfo, known for its social experiments, has published the results of its new study, aimed at showing how quickly cryptocurrencies have been spreading in different countries in Q2 2020. This time, 700 users from the US, Great Britain, Germany, China, Russia, Indonesia, and Brazil took part in the experiment, receiving coins for registering in the system and telling other people about the cryptocurrency.

The results were quite unexpected. In the CIS countries, which include Armenia, Azerbaijan, Belarus, Georgia, Kazakhstan, Kyrgyzstan, Moldova, Russia, Tajikistan, Turkmenistan, Ukraine, and Uzbekistan, a record level of cryptocurrency distribution among new users was reached in a month. According to the research results, on average, one active crypto user from the CIS attracts 62 new users to the industry, who subsequently create their own crypto wallets. In Indonesia, this figure is 58, in Brazil 56, and in China 53. In the USA, Germany and the UK, the number of users attracted is significantly less at 17, 6 and 8, respectively.

Onfo has previously noted a higher level of cryptocurrency spread in developing countries compared to the developed ones. The same was revealed in CoinMarketCap study. The platform showed the countries with the most user growth, including India, Pakistan, Colombia, Canada, and Nigeria. What’s more, independent research also found that Bitcoin trading volumes on the African continent have increased since April. Significantly, this was the same time that many countries took isolation measures.

The same connection with Covid-19 is observed in Nigeria, which is the most trending country in recent months, with a 60% increase in April. Not surprisingly, since the suffering of the economy and national currency creates favorable conditions for the growth, popularity and price of Bitcoin and other cryptocurrencies. Moreover, according to data from Blockchain.com, Peru, India, and Indonesia are also among the countries with the biggest increase in the number of new crypto wallets.

A report published by Arcane Research and Luno shows that African countries such as Uganda, Nigeria, South Africa, Ghana and Kenya are among the top 10 countries with the most searches for Bitcoin and cryptocurrency year-round.

Rapid growth around the world

In addition to developing countries in Africa and the Middle East, cryptocurrency adoption is growing in many European countries. For instance, over 1,000 locations in Slovenia are now accepting payments in cryptocurrency, including cafes, restaurants, dentists, hairdressers, and hotels.

Sydney Ifergan, honorary advisor of Hong Kong International Blockchain Association and founder of The Currency Analytics, explained the growing popularity of such solutions by the growth in demand for online payment services in cryptocurrency.

“Every day it becomes more and more obvious that cryptocurrency is becoming an integral part of the daily life of an increasing number of users around the world. Growth is especially visible in developing countries, where users’ confidence in their currency, and its stability is similar, so people are looking for alternatives for payment and investment. If this trend continues, then we can talk about crypto adoption in the world in the next 15-20 years.”

In addition to economic factors, the restriction on travel abroad, which still applies to residents of most countries in connection with Covid-19, may also contribute to the growth of user interest in cryptocurrency. The attitude of states towards cryptocurrency is also changing. For instance, a positive trend is observed in the countries of Eastern Europe, in Russia, where cryptocurrency was accepted at the state level and legalized for investing and trading. Thus, users’ interest in a new way of earning money has been mounting against the background of the fall in the national currency rate and the difficult economic situation in the country as a whole.

A similar economic situation is now being observed in China, Brazil, and Mexico, where a growing number of people who lost confidence in local authorities are withdrawing money from banks and investing it in cryptocurrencies. This may account for the high prevalence of digital money in these countries.

Maria Fox is a journalist who covers the latest industry events and new technologies. Being a certified specialist in the field of information security, she spends time reading and creating articles dedicated to cryptography and other security tools. Her works have been featured by famous crypto magazines including CryptoDaily, Coincodex, Cryptonomist, DailyHodl. Maria is a true MINI adept and regular visitor of fintech events.