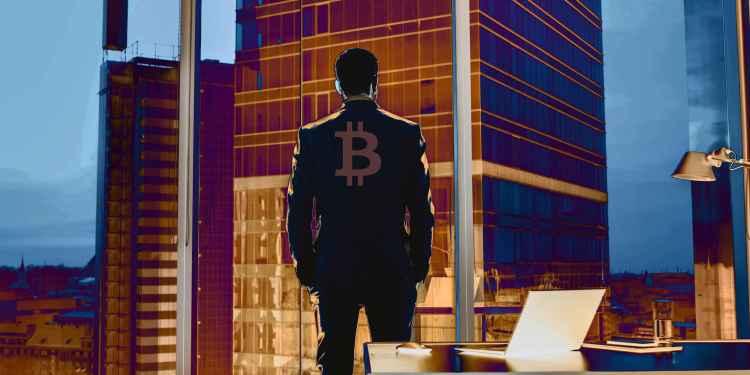 Bitcoin bull and hedge fund manager Anthony Pompliano says a new class of capital will make its way into Bitcoin.

The Morgan Creek Digital co-founder tells CNBC’s Market Alert that Bitcoin is growing into an asset that attracts investors from all sectors of the financial landscape.

Pompliano says that the Federal Reserve has implemented new money printing policies that have already inspired small and large investors to place their funds in store of value assets such as metals, real estate and most notably, Bitcoin.

“Jerome Powell and the Federal Reserve ran a $3 trillion marketing campaign for store of value or inflation hedge assets in 2020 and whether you believe inflation is actually going to occur or not there’s a fear of inflation and so investors are moving capital into precious metals, Bitcoin, real estate, etcetera.

I think that Bitcoin has been the big winner out of that group… Now what we’re watching is we’re watching Bitcoin really go from a contrarian trade on Wall Street to a consensus trade.

You had retail come in first, now you have institutions and I think next you’ll see corporations. Everyone from Fortune 100 companies on down will start to put Bitcoin on their balance sheets and then eventually we’re going to see central banks around the world start to put this into their reserves. Right now we’re kind of transitioning from retail to institutions and after that we’ll go from institutions into the corporates.“

The Pomp Podcast host says that as Bitcoin finds a place on new balance sheets, its superiority as a store of value asset will become more apparent, possibly allowing it to transition into the prominent global digital currency.

“And again it’s just – Bitcoin is a better asset. If you compare it to something like gold it’s a 10x improvement form a technical standpoint off of gold as a store of value use case is kind of a low hanging fruit and then if you start to look at it as an actual digital currency , a decentralized digital currency… Can it rise to global reserve status I think that’s the big question investors around the world are speculating on and we’ll find out how the market plays out here over the coming years.“

As for Bitcoin’s recent price plunge, the Morgan Creek co-founder says it is par for the course during a Bitcoin bull market.

“From a price perspective, remember that Bitcoin was trading at $10,000 in October of 2020. So it basically went up 400% in less than 90 days, kind of had this parabolic run and so it had a 20% retracement. That’s pretty natural.

If you go back to the 2017 bull run Bitcoin between 2016 and 2017 when it more than 20x’d in price, it had five corrections of over 30% and so naturally what you’re going to get is you’re going to get these mini boom and bust cycles… I think what we’re seeing here is this is kind of the first correction but it’s still higher than it was in October of 2020 and we’re going to continue to see it move higher and higher in the coming months.“