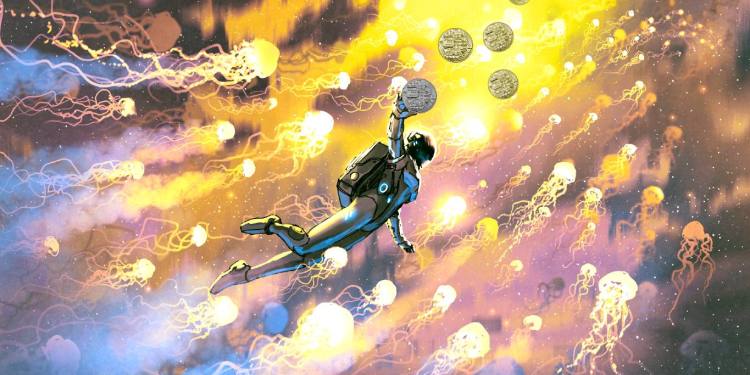 Altcoin Daily is naming eight coins that could be on the cusp of a break out amid altcoin mania.

Trader and influencer Austin Arnold first spotlights the decentralized exchange (DEX) Uniswap (UNI) as a top project on his radar.

He highlights St. Louis federal reserve’s recent research report on the number one DEX by volume, asserting that attention from a branch of the prestigious agency could send the UNI token running even further past $20.

“The fact that a branch of the fed reserve is putting out reports on ETH and Uniswap and decentralized finance (DeFi) and DEXes – that’s a pretty big deal right.”

Currently the UNI token is sitting at number 15 by market cap and is trading at around $21 at time of writing.

Next on Arnold’s list is DeFi project Curve Finance (CRV). Altcoin Daily highlights that Curve is working to integrate with Equilibrium’s Polkadot parachain and aims to minimize slippage risks on DEXes when trading tokenized versions of coins such as wrapped Bitcoin (WBTC).

“If you’re bullish on DeFi, or more specifically DEXes, pay attention to the ones that are building and making moves like Curve, like Uniswap.”

Next up is Plasm Network (PLM), which just raised $2.4 million in a Binance Labs funding round. The project seeks to build a bridge between the competing ETH and Polkadot networks.

The fourth and fifth picks are Proof of History (PoH) blockchain Solana (SOL) and the rebranded Polygon (MATIC).

Polygon, formerly Matic, is pivoting to help ETH compete with rival Polkadot in its fight to remain the number one smart contract platform. Since the rebranding, MATIC has nearly doubled in price, shooting all the way up to a high of $0.14.

Sixth on the list is a project the team has spotlighted before, Andre Cronje’s Yearn.finance (YFI). Though part of the YFI network was recently hacked, Altcoin Daily points out that the team dipped into their expanded treasury to repay the victims of the $11 million hack, perhaps assuaging some fears about the speculative nature of DeFi.

AST is up roughly 92% on the week and is trading at $0.27. The project has one of the lower market caps of those on Altcoin Daily’s list, sitting at around $47 million at time of writing.

Finally, the team spotlights layer 2 scaling solution LoopRing (LRC), which just reached 40,000 daily transactions on its network. Altcoin Daily tells their subscribers that the project and other layer 2s like it will prove instrumental as more and more users flock to DeFi and ETH fees skyrocket.