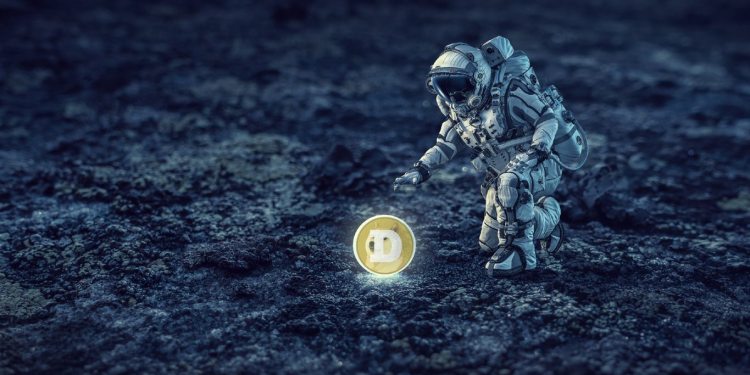 CoinShares chief strategy officer Meltem Demirors is saying that Dogecoin’s (DOGE) recent eruption is a sign that the crypto mania is just getting started.

In a new lengthy twitter thread, Demirors analyzes the reasons Dogecoin, which has pumped over 400% in just two weeks, is on the rise, attributing its resurgence to the WallStreetBets (WSB) subreddit and the members’ reaction to press surrounding the group’s crypto policies.

“On Wednesday, ahead of the COIN (Coinbase) listing, the WSB moderators changed their ban on crypto discussion to allow talk about three cryptocurrencies – Bitcoin, Ethereum and… you guessed it… DOGE. As you can imagine, the WSB community went wild…

Not 24 hours later, the mods reversed that decision and announced they would ban all crypto chatter on the forum indefinitely. According to some reports, the ban was a response to this Bloomberg Business article claiming WSB mods were bowing to pressure. Now, if we’ve learned one thing about the fine people of r/wsb, they do not like to be told what to do. So is this a revenge pump?”

Demirors does not portend to know for certain whether the above chain of events is exactly what led to Doge’s astounding ascent, but she does point out that the asset faced a larger 24-hour trading volume than SPY, an ETF that aims to track the performance of the S&P 500.

“All I know is this: SPY, the most widely held and traded ETF, traded around $25 billion in yesterday’s session.

DOGE, the popular meme coin (sorry Dentacoin), has traded about $70 billion in the last 24 hours.

The CSO tells her 160,000 followers that the pump is likely unrelated to any fundamental properties that Dogecoin holds, as its most recent development on Github was submitted a whole two months ago.

“Look at the DOGE repo on GitHub…

Sometimes things defy expectations. We’re definitely in a super interesting market cycle right now. The trend is your friend. Put away your galaxy brain IQ. It is not useful where we are going.”

In closing out her thread, Demirors asserts that DOGE’s wild rally is a signal that the crypto mania is just scratching the surface.

“The people have spoken, and the people want DOGE. The power of memes is moving markets. You absolutely love to see it.