Bitcoin Dip Just Another Shakeout Event, According to On-Chain Analyst 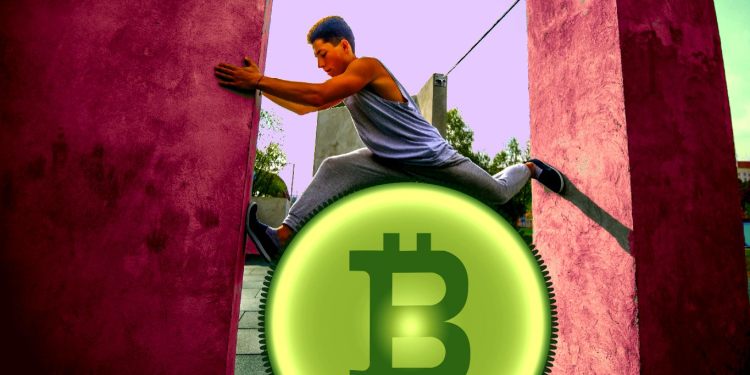 An emerging on-chain analyst is saying that Bitcoin’s recent slump is an event designed to transfer BTC from weak hands to strong holders.

In a new tweet, the analyst known as Dilution Proof argues that the long-term bullish outlook for the flagship cryptocurrency remains intact despite the correction.

“During yesterday’s mini-dip, I saw unrest in my feed & some people were pinging me if I was still bullish on Bitcoin. To me, this was nothing but another shake out of weak hands and leverage, while nothing changed regarding the big picture.”

According to the on-chain analyst, traders who entered long positions on leverage in anticipation of a breakout triggered the Bitcoin pullback.

“So, what happened? Simple: as soon as Bitcoin set a new local high and dipped a bit, there was a steep uptick in people aping in long on leverage again. As always, this is a recipe for getting rekt – which is exactly what happened a few hours later.”

Amid the Bitcoin retracement, the on-chain analyst points out that there are heavy buyers trooping to the market.

“Meanwhile, there were large stablecoin inflows to exchanges and large bitcoin outflows from OTC (over the counter) desks, both signs that there is some serious dip buying going on.”

Dilution Proof adds that a sizeable portion of the Bitcoin that was transacted during the sell-off likely came from new market entrants.

“During this dip, the average coin dormancy decreased (a bit), which means that relatively young coins made up an increasingly large part of the on-chain volume. Another sign that it was particularly the less experienced market participants that were triggered by the dip.”

From a long-term perspective, the on-chain analyst highlights that the recent dip is just another blip in Bitcoin’s price action.

“The irony is that if you zoom out (even just a little bit), none of this was a big deal at all.

Unless you’re an experienced, professional trader that consciously chooses to trade small timeframes: zoom out & slow down (lower your time preference).”