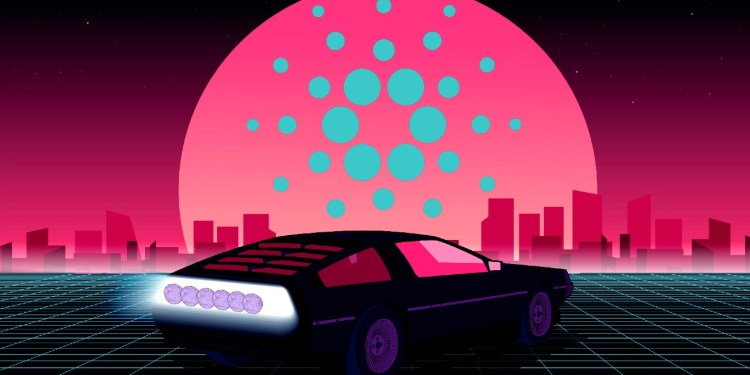 Crypto trader and analyst Michaël van de Poppe is highlighting what he thinks is next for Cardano (ADA) and six other altcoins.

In a new video, the trader says Cardano is looking strong relative to other crypto assets during the market correction, consistently making higher lows in its price action. According to him, the next target for ADA is in the $3.35 level, before a potential rocket to $5.00.

“If we do have this break above $1.80 you can use the Fibonacci extension to derive the next target zones which is $3.35 and $5.00. If we get this break into the upside, if Bitcoin is going to find its bottom formation here, we can start targeting to these two target zones here, so there’s upside to be expected, and not everything is bad in the markets.”

Van de Poppe has also got his eye on six cryptos, number one being  SXP, the native token on crypto wallet Swipe. According to the trader, a bullish breakout could be established once SXP breaks above the 100-day moving average (MA) against Bitcoin (SXP/BTC).

“This one is consolidating between the MAs here, through which a bullish trigger can be formed if it breaks back above the 100-Day MA.

Next on Van de Poppe’s radar is smart contract platform Avalanche against Bitcoin (AVAX/BTC), which he notes “got crushed” compared to other altcoins during the correction. If AVAX/BTC can break above the 0.00061 area, which is about a 22% move from its current value of 0.00049 he says the coin can resume its bullish momentum.

Next up is interoperable blockchain protocol Cosmos (ATOM), which Van de Poppe says may have a bullish continuation against Bitcoin once it breaks the 200-day moving average, currently around 0.0004.

“This one is consolidating in a range here, through which it’s also acting between the crucial MA’s.

If a break above the 200-Day MA happens, I’m assuming continuation is likely.

Green zones are critical to hold.”

The closely-followed trader also says that ONE, native token on decentralized application (DApps) platform Harmony, has a chance to blast off for new highs if ONE/BTC can hold the critical level of 200 satoshis or 0.000002.

Another crypto that Van de Poppe’s keeping a close watch on is decentralized oracle network Chainlink in its Bitcoin pair (LINK/BTC). He says it’s a good sign that the LINK/BTC managed to climb back above its crucial moving averages, and if they hold, a 42% rally from its current price of 0.00083 to 0.00118 may be in the cards.

Bounced back immediately, now back above.

Holding those and I’m expecting bullish continuation to occur on this one.

The last coin on Van de Poppe’s radar is RSR, the native token on stablecoin platform Reserve Rights. According to the analyst, RSR/BTC could be eyeing a 70% rally from 0.00000088 to 0.0000015 to test the next major resistance area.

“This one shows the same as AVAX and ATOM.

Heavy breakdown, through which a range is getting constructed.

Green area is critical to hold. If that holds, new tests at red seem likely.”