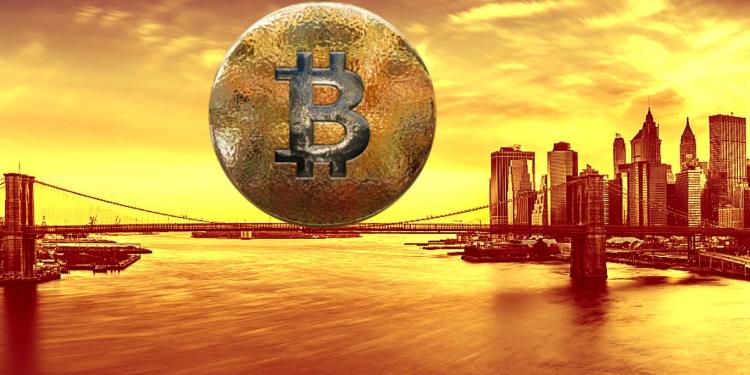 In further commentary, he also addressed stablecoins, saying that they “are like money-market funds, they’re like bank deposits, but they’re to some extent outside the regulatory perimeter, and it’s appropriate that they be regulated.”

Such a policy position, standing firmly against a cryptocurrency ban, is in stark contrast with what we’ve seen coming from China in the recent past, which now includes a ban on crypto-related transactions.

It is easy to understand why. The country is intent on driving the adoption of its Central Bank Digital Currency (CBDC), the e-yuan, a project it has spent considerable time and resources to develop.

It wouldn’t be unreasonable to assume that other countries, as they continue to explore central bank digital currencies, would follow the same route. However, Powell’s testimony indicates the exact opposite.

His position isn’t just good for cryptocurrency because it isn’t a negative. There’s actually a great deal of good news that can be read into this. First, it indicates that there may be an ideological difference brewing.

Countries with high ratings on the freedom index may see cryptocurrency policy as a broader question of liberty rather than solely monetary policy. This would have broad implications, particularly among member nations of the EU. Time will tell.

However, perhaps most importantly, this testimony, which admittedly does not make any change in current policy, still opens the door to a massive increase in interest for the crypto segment. Assuming that Powell is speaking with authority for the near to mid-term, the reason is simple.

As central banks begin to release their own digital currencies, the audience for digital currencies will more generally grow. As the population begins to embrace digital currencies, it stands to reason that those able and willing to invest in cryptocurrencies, assuming that there is no ban in place, will explode. The Chairman’s statement isn’t just not bad – it foreshadows tremendous opportunity.

At the same time, the Chairman opened the door to greater regulation of stablecoins. To expand beyond its current user base, one of the things digital currencies need most is common sense regulatory guidance.

Exchanges and investors alike need to be operating from a standard rulebook, particularly as it relates to anti-money laundering initiatives, KYC requirements and taxation. While the Chairman only discussed stablecoins, there is reason to hope for more general compliance regularization.

The United States isn’t just a leading global market. It is also a trendsetter nation. If you read into what Chairman Powell said, even a little bit, there is tremendous reason to be excited about the future of cryptocurrency and digital assets.

So much so, in fact, that it should inspire significant investment in upgrading existing exchanges to enhance their competitive edge, as we expect to see a host of new entrants into the exchange space over the coming months and years. One thing is certain – digital assets are only beginning to bloom, and the trend for the segment should inspire both enthusiasm and investment.

Richard Gardner serves as the CEO of Modulus, an international financial technology firm. He has been a globally recognized subject matter expert for more than two decades, offering complex insight and analysis on cryptocurrency, cybersecurity, financial technology, surveillance technology and blockchain technologies. Richard’s ideas have been published by Forbes, Reuters, CIO Magazine, NASDAQ, Business Insider, the Detroit Free-Press and dozens of other regional and industry-related publications. He also writes a weekly column on emerging technologies in Africa for News Ghana.