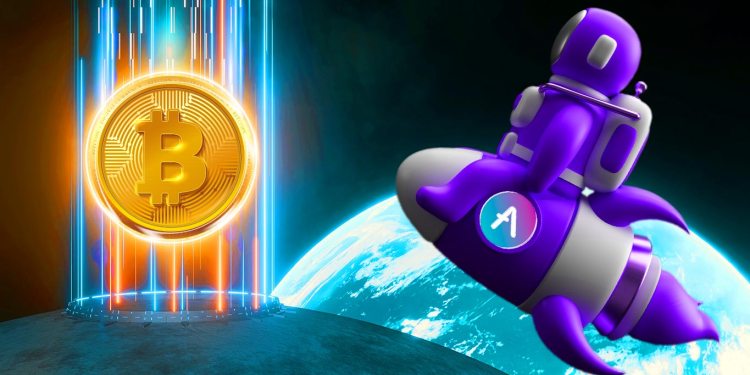 A popular crypto analyst is offering his opinion on what comes next for Bitcoin (BTC) and decentralized finance protocol Aave (AAVE).

The analyst pseudonymously known as Smart Contracter tells his 199,700 Twitter followers that the native token of the Aave platform has potentially made a higher low, signaling a possible rebound.

The cryptocurrency trader says that AAVE has reached a potential support level by touching the 0.618 Fibonacci retracement level, which is used to identify support or resistance levels.

Smart Contracter says that AAVE touched the level after trending downwards in a corrective three-wave pattern that came after a bullish five-wave pattern.

According to the Elliott Wave Theory, the dominant trend which is represented by the direction of the five-wave pattern continues after the corrective three-wave pattern.

“Dipped into some AAVE here, those green shoots on the weekly chart turned into a nice five-wave rise on the daily chart, now we tapped the 0.618 and I think this is a higher low in the making.”

In the same tweet, Smart Contracter illustrates Aave’s upward-trending five-wave pattern and a smaller downward-trending three-wave pattern. According to the pseudonymous crypto analyst, AAVE could surge upwards against the US dollar and Bitcoin next.

While maintaining that Bitcoin could hit $100,000 in 2022, Smart Contracter says that the flagship cryptocurrency could fall to a low of $37,500.

Bitcoin is trading at $42,450 at the time of writing and reaching the six-figure price would require a price increase of slightly over 135%.

Per Smart Contracter, the bear market could start soon after Bitcoin has reached a price of over $100,000.