Here’s How the Crypto Markets Will Look Five Years From Now, According Macro Guru Raoul Pal 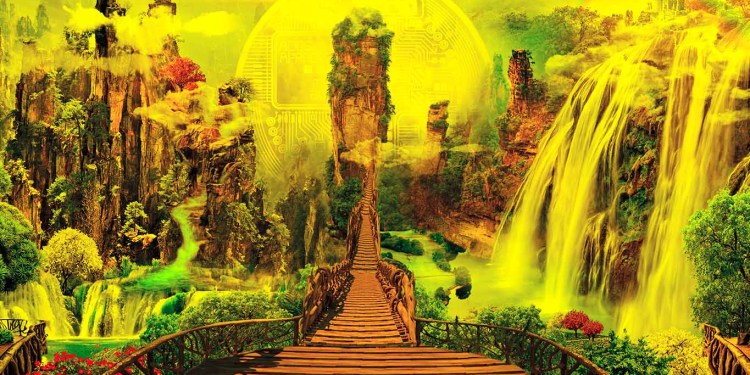 Former Goldman Sachs executive Raoul Pal expects the world of blockchain technology to both mature and tackle new horizons regardless of whether there’s an extended bear market.

In an interview with the BitBoy Crypto YouTube channel, Pal says that over the next few years, Web 3.0 is going to dominate the internet and governments are likely to launch their own cryptocurrencies in the form of central bank digital currencies (CBDCs).

“People are writing off the Web2 platforms. Like Facebook Meta, it’s not going to happen. [Same with] Twitter. Cut forward to five years, they’re going to have Web3 integration. All of them. Facebook, people have to understand, is a four-billion-person network.

Maybe the [European Central Bank] tries to go public. Either way, that’s now given everybody the on-ramp and off-ramp to go into the digital world. And that’s definitely coming.

The sovereign wealth funds. These are the big pools of capital from wealthy nations. That’s different to the central bank’s reserves. This is the wealth of nations. That is coming. I know because I’m speaking to them, and I know that they’re doing it.

We also know that all of the investment banks are now building out all sorts of products in the space. The ability for people to trade options. So that’s all coming too.”

Also on Pal’s radar is the influx of venture capital investments (VC) into the crypto space. He says that bear markets are when people should focus on creating, and he predicts new products developing as well as solving existing concerns such as crypto wallet security.

But the big thing that just happened was $32 billion last year went into VC. You see it written on Twitter, is what you do in bear markets is build. This is when you start building businesses. I’m building two businesses in the space, and everybody’s doing stuff.

What’s going to come out the other side of this is wallets, security in ways that you can’t…

The macro investor also thinks the rise of social tokens is imminent, citing the recently launched ApeCoin (APE) as a successful use case.

“I think the really big one, that I talk about all the time because I’m also involved in building a business involved in this, is social tokens. We’ve barely seen them yet. I talk about them and people go, ‘I don’t really know what you’re talking about.’

Bored Ape Yacht Club, [for example]. Yuga Labs, among their three projects, had an audience of about, call it 40,000 people. Those 40,000 people owned a bunch of OG [original] assets. Then they launched the APE token, and [it’s] worth $3 billion or $4 billion as of today.

Okay, where the hell did that come from? Four times the size of the original assets? It’s because everybody wants to be involved in that community, and this is your currency to be involved.”

Pal expects other areas of entertainment and culture to jump on board social tokens, both for brand awareness as well as so communities can profit off of their favorite sports team or musician.

“We haven’t started where this is going. Every sports team, every massive pop star, every film, movie franchise, fashion brands, it’s all going this way.

So the NFT [non-fungible tokens] craze we’ve got now, cut forward to three years’ time, and we’re all going to be talking, ‘Whose networks do we own a part of? Oh, my God, I’ve just discovered this pop star! They’ve just had a massive number one hit single. My token’s gone up 300x!’

That’s the world we’re going to go to.”