by Mattias Tengblad
in HodlX 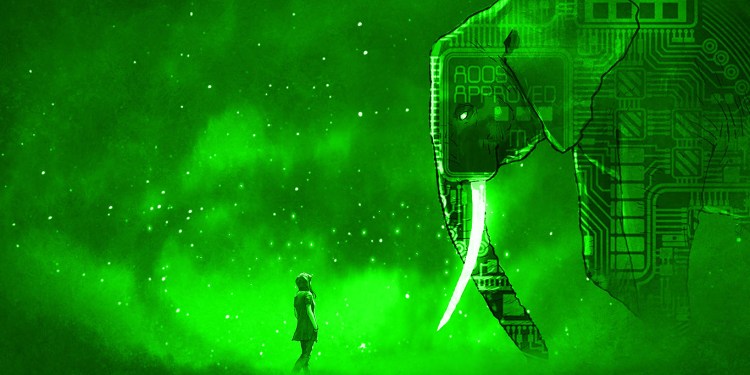 Now that the market is in turmoil, NFT market participants expect more than just a quick return. These use cases show what NFT looks like when utility is prioritized over speculation.

The recent drop in the market has had a significant effect on non-fungible tokens (NFTs). Most NFT floor prices have gone down by 75% or more over the past few months. As prices have dropped, many investors have lost faith and are now wondering if the whole NFT craze was just speculation.

This Chainalysis report suggests that the meteoric rise in 2021 was caused in part by ‘wash trading,’ which is when someone sells an asset to themselves to make it look like there is market demand.

But even in this chaotic situation, musicians are finding new and interesting ways to use non-fungible tokens. Let’s look at three examples of how NFT might be useful – revenue rights, digital tickets and VIP access and NFT-based charity efforts.

Investors who purchase an artist’s NFT may also obtain rights to the revenue generated by their music. This is the idea that can be realized by tokenizing revenue rights. Artists get money right away to help pay for production and marketing costs, but they still own the rights to their music.

For users, it’s like they’re giving money to artists they think have a chance of making it, with the hope that they’ll be able to share in their success.

Alan Walker’s Unity campaign, which began in May and raised $25,000 in a matter of days, exemplifies how this model works in practice. The song is on track to reach its streaming goal earlier than expected, and it has inspired a second, even bigger campaign around Walker’s Origins EP.

This crowdfunding model may also include ‘fan missions,’ which reward users with extra airdrops and perks for accomplishing specific tasks.

Since the value of the rights goes up as the artist gets more popular, investors have a reason to wait until the artist succeeds.

Another growing trend is using NFTs as digital tickets or passes that give their owners special benefits. One big example of this is how FTX and Coachella worked together to make the Coachella Collectibles series. The series provides unique opportunities such as lifetime passes, meet and greets and more.

The Way Out West (WOW) Festival is also working on a similar collaboration to create an exclusive NFT collection of festivalgoers’ captured moments. Web 3.0 experiences appear to be in high demand at events worldwide. So, organizers are making efforts to provide more of these kinds of opportunities to encourage people to keep their digital tickets for a longer time.

Several music groups have also launched NFT collections in order to make their most devoted fans VIPs. Avenged Sevenfold was one of the first bands to exploit this concept, releasing their Deathbats Club NFT collection. The band has granted owners IP rights to their own Deathbats and continues to give options, such as integrating three Deathbats into Iron Maiden’s ‘Legacy of the Beast’ mobile game.

The HEAD5 Collection by deadmau5 is another good example. Those who had previously held official deadmau5 NFTs were offered the chance to start minting other fan club NFTs ahead of schedule. It shows how blockchain technology makes it possible for artists to thank their most loyal fans.

People who have passes to exclusive events or fan clubs are more interested in using them than selling them, which makes speculation less likely.

Last but not least, proceeds from NFT sales may be donated to verified charity organizations. Grimes, a Canadian musician and producer, did this in 2021 when she put out the WarNymph Collection. The sale of the collection brought in more than $6 million, and an undisclosed portion of the money went to Carbon180, an NGO that works to reduce carbon emissions and fight climate change.

Another notable example is UNICEF, which launched an NFT collection to raise funds for school connectivity.

If investors put their money into tokens for such purposes, it is unlikely that they will use them to speculate in the future.

Speculation will not end – but it will be reduced

Changing how people think about NFTs takes a long time, but projects with real benefits and big effects on the world should definitely try to do it. Slowly but surely, the industry will move past speculation and into the realm of usefulness.

Mattias Tengblad is an experienced chief executive officer and entrepreneur with over 20 years of unique management, business development and marketing experience from telecom and gaming to music and media.