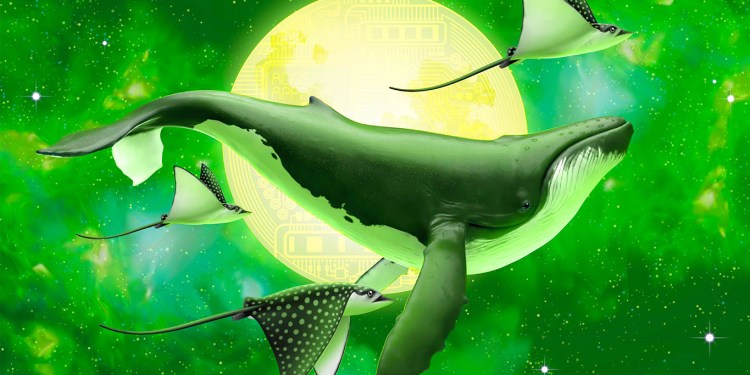 Blockchain analytics firm Santiment says Cardano sharks have entered into an accumulation phase after a lengthy period of selling activity.

According to the firm, sharks, or entities holding between 10,000 and 100,000 ADA, have added over 79 million Cardano worth over $35.5 million to their stacks in the past month.

Cardano is currently changing hands for $0.46, trading almost completely sideways over the past seven days.

Like ADA sharks, Santiment says that Bitcoin sharks, or traders holding between 10 and 100 BTC, have also entered an accumulation phase. Since early June, the firm says that the investor cohort has stacked 52,000 BTC worth about $1.10 billion at time of writing.

“Bitcoin addresses holding between 10 to 100 BTC have been stacking Satoshis on this dip, and have collectively upped their holdings to 4.29 million BTC. In the past five weeks as prices have retraced -27%, they have added 52,000 more coins to their wallets.”

As per Santiment’s data, Bitcoin sharks were accumulating BTC in February and March when the king crypto’s price jumped 18%. Between late March and late May, the investor cohort sold their Bitcoin stacks as it dropped almost 40%. Starting in early June, the sharks entered another accumulation phase despite Bitcoin dropping even further.