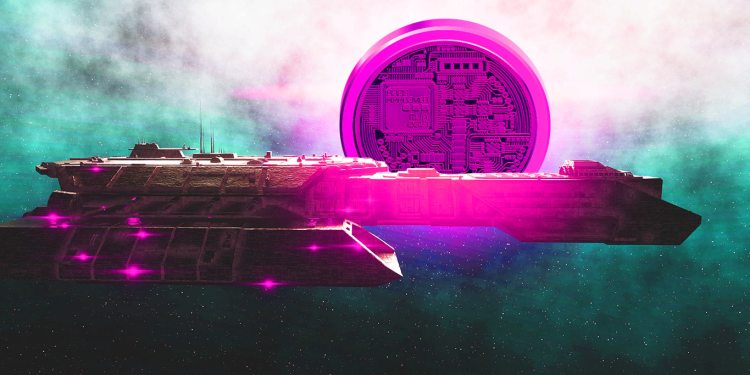 A closely followed crypto analyst says that the potential for a new fork of Ethereum (ETH) makes him very bullish on the non-fungible token (NFT) sector.

The pseudonymous trader known as Kaleo tells his 530,000 followers that he’s got his eye on Ethereum’s upcoming merge to its Beacon Chain, which already runs the proof-of-stake model.

While many look forward to Ethereum’s big update, some are critical of it, and discussions of a possible hard fork back to a proof-of-work (POW) chain post merge have risen.

In such a situation, Kaleo says that since all non-fungible tokens on Ethereum will presumably also reside on the new chain, NFT holders could essentially double their collections.

Any ETH NFTs you own pre-fork, you now own on both chains.

…There will definitely be a decent amount of volume for NFTs on the forked chain if any DEX (decentralized exchange) supports pETH as the community begins to speculate which will be the dominant chain.”

Kaleo uses Bitcoin Cash’s (BCH) price action in 2017 when it was forked from Bitcoin (BTC) as an example. According to the crypto analyst, there was a momentary phase where BCH appeared to compete with BTC.

After the fork, there was a decent amount of brief hype where one BCH hit as high as nearly 0.45 BTC.

Obviously, we’ve seen extreme attrition since then, but that doesn’t change the potential behind the speculative nature of the initial bet.”

Since a proof-of-work fork of Ethereum could be viewed by some as the “original” (OG) version of the top smart contract platform, Kaleo speculates that some investors may put more value on NFTs on the fork.

“Talking about the nature of NFTs, a huge draw for many collectors is the OG status. Take [CryptoPunks] for example.

Who’s to say that if the POW chain does develop its own viable ecosystem down the road, that a narrative won’t develop for owning OG NFTs on the ‘OG chain.'”

Because of this potential scenario, Kaleo says he’s currently “incredibly bullish” on some of the top Ethereum-based NFT collections.

“To summarize, that’s one major reason why I’m still incredibly bullish on OG blue chip ETH NFTs heading into the merge and believe that there will be a surge in the current NFT market volume lull as these narratives continue to develop.”