Ultimate Guide – The Impact of Blockchain on the Future of Web 3.0

by Ejiofor Francis
in HodlX 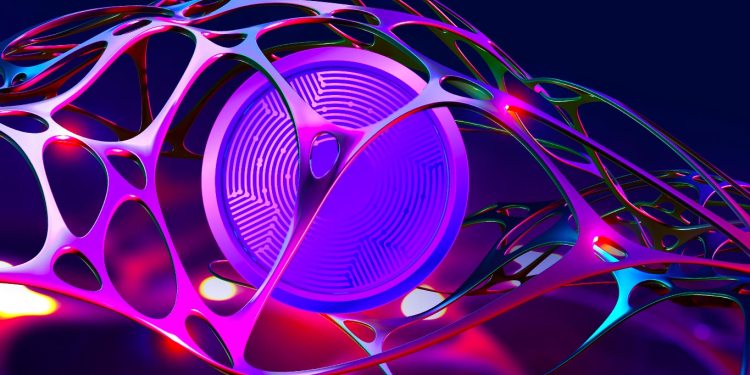 If there is one thing that is for sure, it is the fact that the future of the web is gradually revolutionizing. Thanks to blockchain technology, with its secure, transparent and tamper-proof ledger system, blockchain will change how we use web services.

Web 3.0 is the emerging blockchain-based platform that will change the way we interact with the internet. It is a decentralized network that allows trustless interactions between parties, and it has the potential to revolutionize many industries.

It is also the emerging ecosystem of DApps (decentralized applications) and distributed networks built on blockchain technology. It will allow transparency, trust and security in online interactions – things that are largely challenged on the current Web 2.0 due to online fraud and scams.

First, what is blockchain?

Blockchain is one of the most revolutionary technologies that have hit the world in a long time. While its application is not only for banking services anymore, it has the potential to revolutionize many industries, and the World Wide Web is not left out.

Here are some quick facts about blockchain technology.

Depending on the type of blockchain – private or public, permissioned or permissionless, or consortium –there are always security risks to consider.

Although it produces a tamper-proof ledger of all the transactions on a network, still have it in mind that blockchain is not a complete safe haven – it’s not completely immune to cyber attacks and frauds.

Here are a few notes we should consider as we apply blockchain technology to Web 3.0.

What are the promises of blockchain technology to Web 3.0

Considering the security concerns associated with blockchain networks, perhaps you are wondering if the future of the web is worth leaving at the mercy of the technology after all.

Well, let’s understand that every technology is like a coin – there are always two sides.

In a situation where one side proves to be better and more useful than the other, why then can we not maximize this one side? In this case, that one side is the myriad of advantages that blockchain technology promises to Web 3.0.

Web 3.0, being the new model for how the internet will work, has the potential to completely change the way we use the web in the future. It is modeled after two principles – decentralization and distributed ledgers.

Decentralization means that data is scattered across a network of nodes rather than being centralized. The implication is that it’s hard for anyone to control or manipulate data in the network. That is attainable, given that blockchain is now used to store sensitive information like financial records or health records.

As far as the future of Web 3.0 is concerned, several exciting developments are taking place right now –developments that could have a significant impact on how we will use the internet in the future.

For example, companies like Microsoft and IBM are working on developing blockchain-based applications that can be used by businesses to manage their finances, supply chains and much more. That will revolutionize how these kinds of transactions are carried out – it will make management in these respects more efficient and transparent than before.

How will blockchain technology impact the future of Web 3.0

There is no doubt that the future of Web 3.0 is bright, given that blockchain technology has already revolutionized many aspects of our lives. Its widespread utility will strengthen the prosperity of the Web 3.0 ecosystem.

Here are a few reasons why.

What can we accomplish with Web 3.0

The implications of this are profound. For example, it could revolutionize the way we shop online by making it easier and faster to make purchases securely and privately. It could also lead to new ways of creating and transferring wealth and enable greater transparency and trust in online interactions.

As a new platform built on blockchain that promises to revolutionize the way we live, work and socialize, Web 3.0 has the following guides.

Web 3.0 is not just a new technology that allows the decentralized management of digital assets and smart contracts – it is a platform that developers have started using to create DApps, which are used to exchange money, shares or anything else of value.

Although, the future impact of Web 3.0 on many industries is still extensively studied since it could be a major disruptor in the creative industries. However, many also agree that it will lead to a more democratic and accountable world.

That means in theory, everyone would have access to the same resources and opportunities, regardless of their location or social status.

The popularity of Web 3.0 lies in its decentralization, especially as the world continues to move from a centralized to a decentralized mode of operation.

You can already see how big companies, like Facebook and Twitter, are leaping into the blockchain, creating their versions of cryptocurrencies. If the future were not with Web 3.0, what would they care about?

While it will take some time for blockchain-based Web 3.0 to emerge, it is invigorating to know that the new web is on the way – regardless.

Ejiofor Francis is a tech-savvy and the founder of EffectiveMarketingIdeas and PhysicsMetaverse. He’s a tech writer with over six years of experience. His current focus is on blockchain, tech and agriculture. Francis loves helping both startups and mid-sized companies to develop the great content and marketing strategy that sets them on the right track.