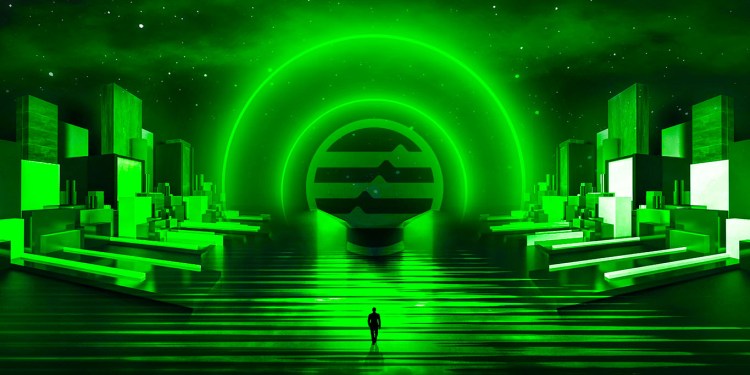 The co-founder of Aptos (APT) says a lot of innovation is coming to the ‘Solana killer’ blockchain project in 2023.

“There’s some really cool DeFi stuff that’s going to be coming live soon that takes advantage of not only things like Move, but also parallel transaction processing. So, you know, central limit order books, AMMs (automated market makers), DEXes (decentralized exchanges) – all of these things will be really cool things to keep an eye on Aptos. That’ll be step changes in innovation relative to everything that we’ve seen in the previous generation of blockchain. So we’re looking forward to all of that.”

Shaikh also says that Aptos was built with billions of users in mind, which appeals to larger entities.

“The other thing that we were focused on was, well, it was kind of frustrating to hear the large companies talk about Web3, but not really do anything. And partly that was because, [they thought] ‘well, we’re going to do a little pilot and do some testing here, but we know that this stuff doesn’t really work for millions of people. And so we’re not risking bringing all our users to these layer twos or layer ones.’

Back in our early days of Meta, we were building principally for billions of people. So we had taken that approach to protect three-plus billion users. When we started having conversations with folks like Google and Npixel, which is a triple A gaming studio in Korea that has over 10 million users, those folks saw what Aptos can do for their users and actually innovate inside of their organization.

So all those folks have started building on top of Aptos. Web3 users are building new innovative products on Aptos, things that they could not do on the blockchains that were out before. And large entities and enterprises that were… excited about Web3, but weren’t comfortable are now building on Web3 in a meaningful way, and we’re excited to see all those use cases now come to life and in 2023.”