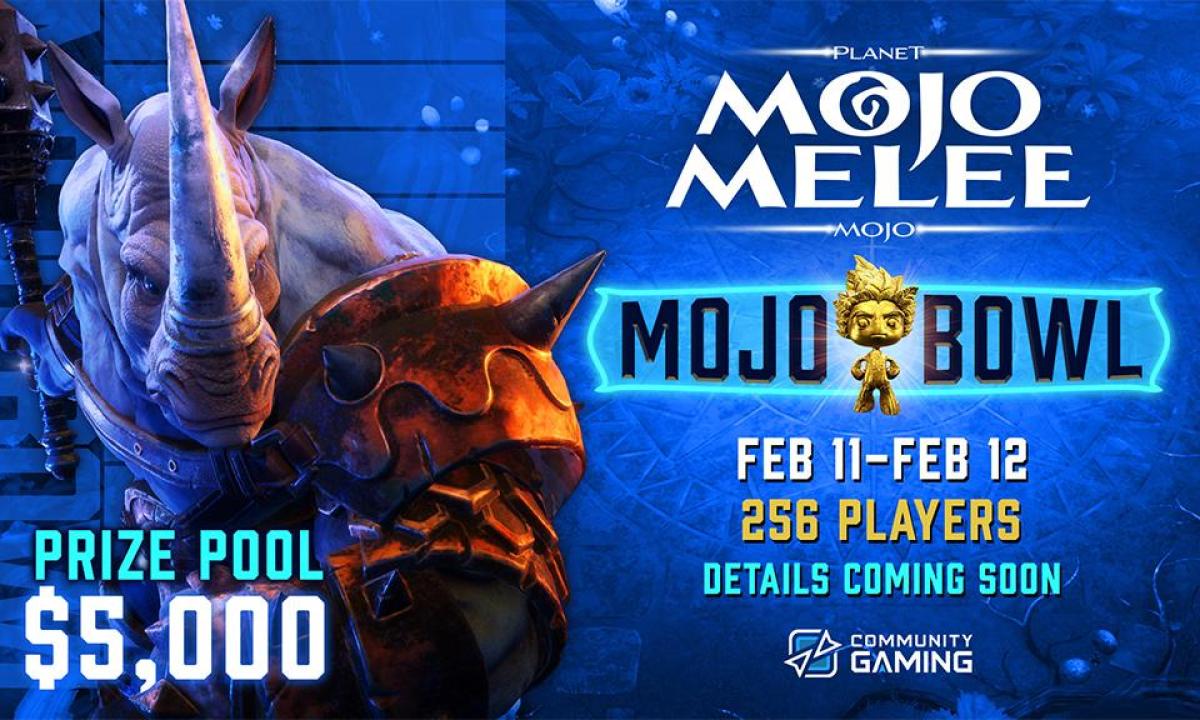 The ‘Mojo Bowl,’ developed in conjunction with community gaming, will be held two days over Super Bowl weekend – February 11-12, 2023 – and will be streamed on Twitch.

All contestants will be competing for a portion of the $5,000 USDC prize pool and the chance to play against some of the biggest Web 3.0 gaming influencers for the ultimate glory of being crowned the first Mojo Bowl champion.

There will be 256 coveted spots available for the tournament and a number of ways to acquire one, giving everyone a chance to enter.

In addition to the prize pool, all tournament participants will be airdropped a free limited-edition ‘Golden Mojo’ NFT, plus other rewards.

The Mojo Bowl is the follow-up to December’s successful 2022 Mojo Melee Charity Smackdown Tournament – an event that featured eight leading voices from the Web 3.0 gaming community competing head-to-head in Mojo Melee to make a donation to the charity of their choice.

Thousands of Web 3.0 aficionados, Planet Mojo followers and fans of the influencers tuned in to watch the tournament.

“Not only did our latest tournament have an amazing turnout – but the energy from both the community and players showed us that it’s time to go even bigger. After countless months of development, we’re finally able to reveal the magic of a Mojo Melee tournament to everyone. This is a major milestone for Planet Mojo, and we can’t wait to see how the Web 3.0 community responds.”

Details on how to sign up to win a tournament slot will be revealed shortly on Twitter and Discord.

Learn more about Planet Mojo at their website and Mojo Melee here. Follow Planet Mojo on Twitter and Discord to keep up with announcements, release dates and more.

Planet Mojo is an ecosystem of interconnected games built by Mystic Moose and set inside a mysterious alien planet with an evolving narrative. Their soon-to-be-released auto battler, Mojo Melee was recently nominated for ‘best esports game’ in the GAM3 Awards from Polkastarter Gaming.

Mystic Moose is a leading Web 3.0 platform, game studio and publisher, created by game industry veterans and backed by leading funds. The studio’s debut title Mojo Melee is an auto battler, currently in alpha playtesting, and was recently nominated for ‘best esports game’ in the GAM3 Awards from Polkastarter Gaming.

Through its seamless UX and efficient Ethereum, Polygon and Solana-based blockchain payment technology, the platform equips players, competition organizers and game developers with the tools they need to create, facilitate and participate in esports tournaments.

Community Gaming believes in earnings for everyone, offering opportunities to monetize their passion for gaming through completing quests, a daily content engine for earnings and game discovery.