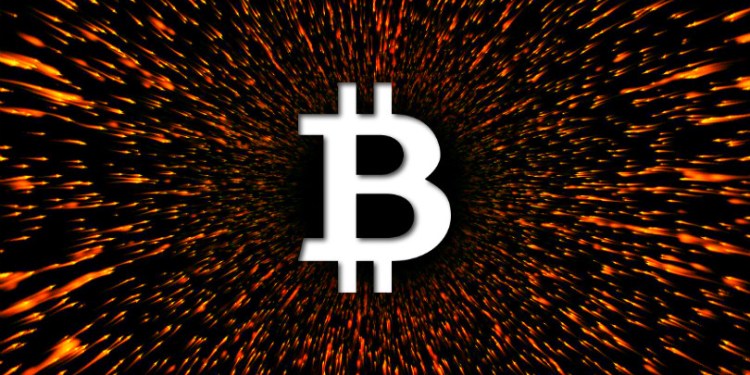 More than 1,500,000 Bitcoin, worth over $12 billion, could be permanently inaccessible and essentially removed from the currency’s circulation.

Recent analysis from Coin Metrics cites a variety of factors – like rare unclaimed mining rewards, bugs, burns and “zombie coins” – that can effectively maroon Bitcoin in unclaimed cyberspace for good.

According to the cryptocurrency’s supply formula, active supply of BTC by October 19th should have been 18 million. That’s when Bitcoin reached block 600,000. But the supply fell short: Even by block 600,002, the total supply was reportedly 150 BTC short. Which begs the question: Where is all the lost Bitcoin going?

The genesis coins, 50 BTC issued on Bitcoin’s first block, are not present in the currency’s ledger. Another 100 fell victim to duplicate Coinbase transactions when such transactions were more of an issue in Bitcoin’s early history.

Nearly 29 Bitcoin has gone unclaimed by miners, possibly due to software bugs.

Another handful of BTC has been sent to the Bitcoin transaction output called OP_RETURN.

“[The OP_RETURN outputs] allow users to embed data in the blockchain (up to 80 bytes per output at the moment) without bloating the UTXO set (those outputs do not get added to the UTXO set ? they are considered provably unspendable).

While the great majority of such outputs are created with a value of 0 satoshis, some aren’t. As of block 600,000, there were 3.723039 BTC sent to OP_RETURN outputs, making them unspendable forever, and not part of Bitcoin’s supply.”

A much larger chunk of Bitcoin can be “assumed” to be lost, according to the report. In the past, users have burned Bitcoin by sending it to “bogus addresses” without any known private keys. At least 2213.195 BTC have been sent to those addresses, which would only be recoverable if someone could guess the private key, something that is basically mathematically impossible.

Some of the currency has fallen victim to bugs: Mt. Gox sent 2609.363 BTC to a “bogus script,” which basically transferred it to an “empty” public key.

There’s also another category of Bitcoin that could be lost, although it’s not certain: “Zombie coins,” which in this case refers to BTC that hasn’t moved in many years.

“To stay conservative in our estimate, we’ll only count coins last touched before Bitcoin was traded on the first exchanges (July 2010). The rationale is simple: people that acquired Bitcoins before they could be traded away had less of an incentive to back up their wallets as the perceived value of Bitcoins (at the time) was very low.

At block 600,000, there were 1,496,907.88000 BTC last touched prior to July 2010. According to various estimates, Satoshi Nakamoto purportedly owns more than half of those coins due to their status as the dominant miner for most of Bitcoin’s very early history.

At least another 197,047.319 BTC has been stolen and could be considered out of circulation, for now.

“Until the advent of better mixing solutions (which is effectively similar to money laundering, making it much more difficult to follow the money trail), they will be difficult to insert back into circulation, especially for very large amounts.”

After adding all those figures together, the actual “liquid” supply of Bitcoin is likely less than 16,301,039.564 BTC.

You can check out Coin Metric’s full analysis here.