Are Big Banks as Badass as Bitcoin? 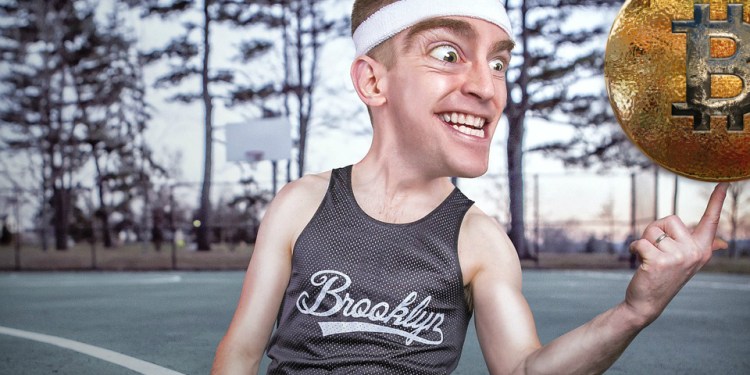 Once again, headlines are chronicling the emotional roller coaster that is Bitcoin. Just five days into the new Cboe futures market, the cryptocurrency has pumped up the volume on doomsday mania.

Bitcoin is the most perfect bubble possible

But as Business Insider reports, bearish economists are weighing in on more troubling financial indicators that point to an ominous global financial bubble. Albert Edwards of Societe General notes, “Amid all the focus on the parabolic rise of Bitcoin it has gone almost unnoticed that, following its rapid ascent, the main S&P Composite index is now most overbought since 1995.” Regarding US equities he states, “As well as overvaluation, we showed recently that the extreme bullishness currently prevailing among professional advisors has not been seen in markets since (just before) the 1987 crash.”

The world’s largest central banks are in the driver’s seat as they squat on $10 trillion in public and private sector debt, with securities equivalent to 40% of the world’s GDP.

Investopedia reports, “Vanguard (with $4.5 trillion under management), already has been warning clients for much of this year that the bull market has pushed stock valuations to such a high level that they should have diminished expectations for future gains.”

In the words of chief economist Claudio Borio of the Bank for International Settlements (BIS), as reported by Investment Week, “‘clear warnings of impending disaster’ pointing to high debt levels, frothy valuations and low government bond yields” spell the collapse.

And where will big investors go to brighten their expectations and make healthy returns on their dollar?

When JPMorgan Chase CEO Jamie Dimon questions the intrinsic value of Bitcoin or when Nobel prize-winning economist Joseph Stiglitz says that Bitcoin should be ‘outlawed’, they omit their gleaming outlook on banks and rosy soliloquies about the US stock market, the US dollar and other fiat currencies. They fail to explain how the mass concentration of wealth and the debt leveraging by central banks could be good for Main Street. Despite the bubble mania, blockchain technologies will not burst. In fact the disruptive fintech that is emerging from the Bitcoin craze pierces an already punctured veil.

In a televised interview on December 12, Israeli prime minister Benjamin Netanyahu joined a chorus of crypto enthusiasts when he expressed his grim outlook on banks.

“Is the fate of banks that they will eventually disappear?” he asks, according to ETHNews, “Yes. The answer is yes.” He continues, “Does it need to happen tomorrow? And do we need to do it through Bitcoin? That’s a question mark.”