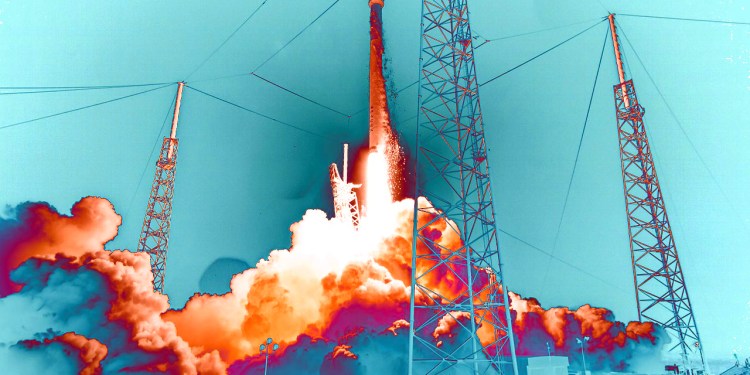 Cappasity (CAPP) is surging on Coinmarketcap. At the time of writing, it’s up more than 110% in the last 24 hours.

The company behind the little-known coin is in the VR/AR content space, and already has a marketplace that’s essentially Shutterstock for VR content.

Cappasity helps companies integrate 3D content into their websites, mobile apps and VR/AR applications. Picture an indie game developer who wants to quickly purchase and implement a fully rendered soccer ball. Or an online retailer who wants customers to view its products in 3D with a VR headset. Cappasity also touts an app called “Easy 3D Scan” which allows you to use a camera and a turntable to fully model real objects and turn them into 3D images.

The company announced on Twitter that it has officially integrated the use of its coin on its existing online marketplace, triggering the price surge.

The coin continued its meteoric rise once the team announced on Telegram that Cappasity has cleared the bar to be listed on Cryptopia. Currently trading on HitBTC, this would be the second major exchange for the coin.

Whether this is a truly viable market remains to be seen. Virtual reality has had a bumpy ride so far. Large hardware player Oculus Rift got derailed after its Facebook acquisition. Microsoft HoloLens, known for its exceptionally mind-bending immersive experience, is deep in development with no end date in sight. VR headsets are still super expensive, give users headaches, and AR devices are stigmatized by the failure of Google Glass. Do you or anyone you know browse the web in 3D? We don’t.

Cappasity is a bold player, attempting to dominate a retail space where adoption of the core tech has barely begun. Can it really capitalize?

If you want to read more about the project, check out the company’s official website for its token.

What do you think about the project? As always, we’d love to hear your insight in the comments.