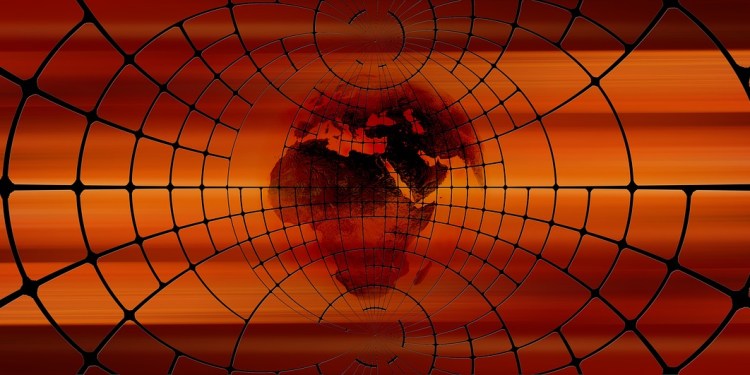 As governments struggle to rein in an increasingly and seemingly errant Bitcoin, Russia is focused on dominating the blockchain.

This year’s mission: make room for Donald Trump (the first US president to attend since Bill Clinton) and numerous US secretaries, along with the largest Chinese delegation to date, and generate some meaningful discussions about where the world is heading and how to keep her from scraping her knees. Its theme, “Creating a Shared Future in a Fractured World”, makes WEF a living and breathing, exceedingly long and ambitious TED Talk with over 400 sessions. On the agenda: the blockchain.

According to Waves CEO Alexander Ivanov, who chaired a panel on Russian innovators, Russia’s initiatives in AI, quantum technologies and blockchain startups will guarantee it the top spot as the world’s leader in the blockchain space.

• Half of the events at this year’s WEF are dedicated to digitalization.

• Building digitalization is building economic growth for the whole world.

• Russia is against any sanctions. They are not prohibiting anything. They are trying to promote some kind of a balance.

• The role of government is to support some key technologists like big data, AI, robotics, blockchain and many others to build a digital economy.

In this sweeping overview of the digital economy and how it will impact global citizens, there was discussion about digital identity, cybersecurity and trusted access to the internet with protection of privacy. There was also compelling discussion about jobs being wiped out through automation and AI, and the need for education to help prepare workers with new skill sets as every job is expected to contain a tech element.

Although there were words of concern about Facebook, tech devices and parents allowing children to spend too much time on screens and social media, the conversation never titled toward digital currencies. There was one tepid mention of blockchain after 47 minutes into the 58 minute presentation. There was no mention of Bitcoin, altcoins, cryptocurrencies or Ethereum, despite efforts to address the digital economy.

The panelists seemed to be out of step with key building blocks that are quickly becoming the financial revolution that will shape the digital economy. Without informed leaders to articulate the framework of how smart contracts are redefining transactional trust, how money may move on public ledgers, and how national currencies are being challenged, we can expect the digital economy to unfold across major gaps in understanding with ongoing fragmentation and diametrically opposed opinions about the impact on finance, on people, on jobs and the environment.